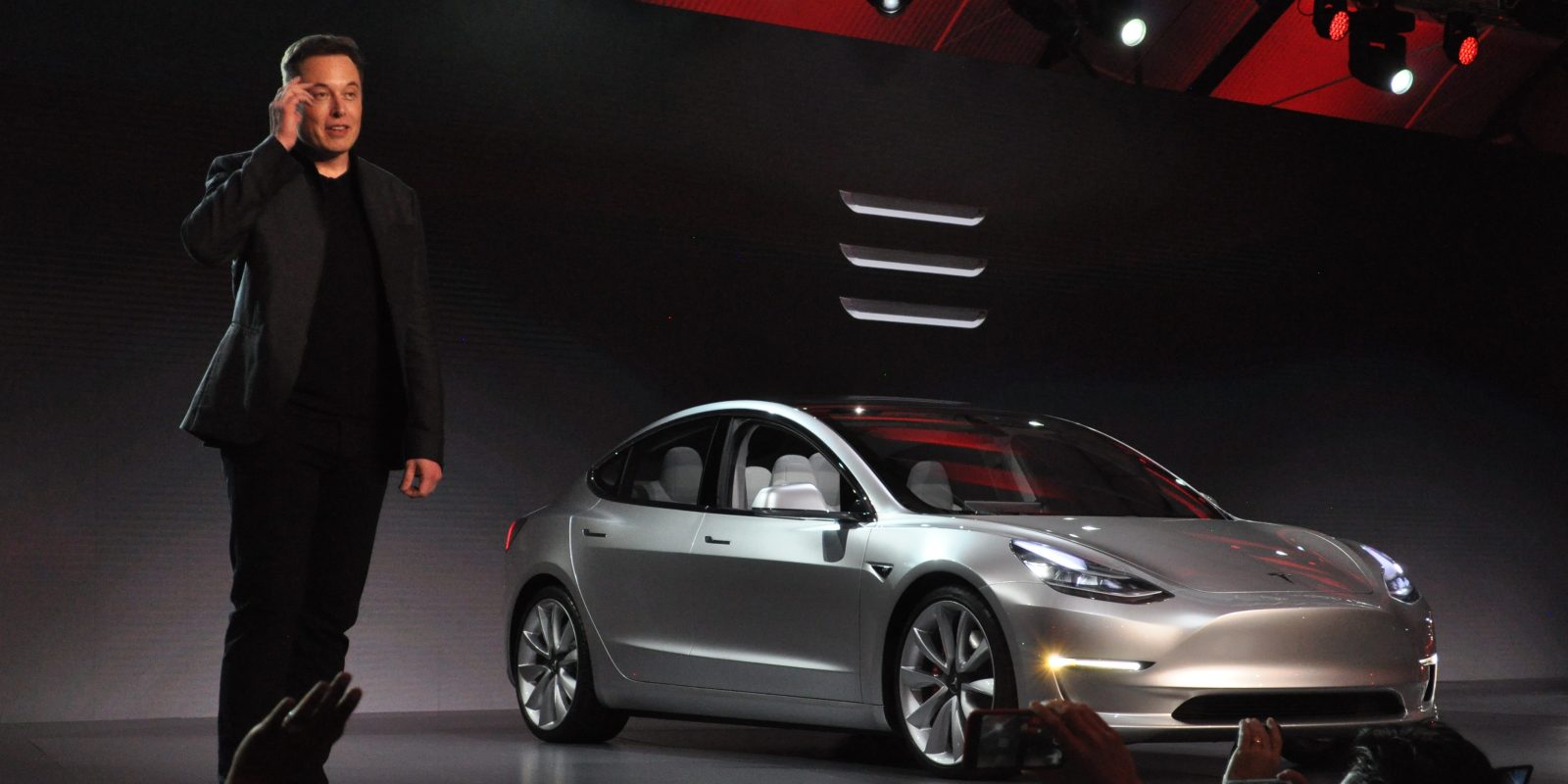 While Tesla is about to officially unveil the production version of the Model 3 on Friday, we have already some good looks at the first few production units and release candidates. Aside from the final production specs, there shouldn’t be too many surprises.

Nonetheless, there could always be ‘one more thing’ moment, especially when you recall that CEO Elon Musk said that he expected reservations for the Model 3 to spike after the final reveal.

Over the past year, Tesla has engaged in what Musk called “anti-selling” the Model 3.

After the original unveiling in March 2016, Tesla received a lot more reservations for the vehicle than expected and it created a year-long backlog of orders.

Almost 300,000 people placed reservations with 1,000 deposits within the first three days and while Tesla stopped updating the official number after the first 3 months, we estimate it’s now at around 500,000 reservations.

Musk expected only a fraction of that:

@34thrain Maybe 1/4 to 1/2 of what happened. No one at Tesla thought it would be this high before part 2 of the unveil.

But he also implied on a few occasions that he expected to get more orders from another unveiling event “closer to production”.

He has been hyping the event even before the original unveiling:

Tomorrow is Part 1 of the Model 3 unveil. Part 2, which takes things to another level, will be closer to production.

And right after the unveiling:

Thanks for tuning in to the Model 3 unveil Part 1! Part 2 is super next level, but that's for later…

He later alluded that it had to do with the Autopilot 2.0 hardware announced in October 2016, which is also on the Model 3.

As we previously reported, Musk confirmed that Tesla designed the Model 3’s user interface with self-driving in mind.

The company has been promising a demonstration of its latest self-driving capacity with a drive across the country by the end of the year – likely in November or December, Musk said.

So will there be something new on that at the Model 3 unveiling? Something that could spark even more orders as Musk implied last year?

While Tesla has been frequently updating its Autopilot software on Model S and Model X vehicles equipped with second generation hardware since last October, it’s only barely now reaching performance parity with the first generation Autopilot.

At first glance, it’s difficult to imagine what new could come with Model 3 since Model S and X already have been leading on that front and they are expected to continue to lead as Musk reinforced the idea that the two vehicles will remain Tesla’s flagship premium cars even after the Model 3 hits the roads.

But the fact that Model S and Model X don’t have new Autopilot features enabled by the new hardware suite yet doesn’t mean that they are not testing those new features in “shadow mode” inside the vehicles, something Tesla has confirmed to test in the past.

Therefore, I wouldn’t be surprised by new Autopilot features being demonstrated on the Model 3 at the event in order to be soon released on all of Tesla’s vehicles equipped with the second generation Autopilot hardware.

Furthermore, Tesla will need to sell those features to Model 3 reservation holders looking to convert their reservations into orders. The automaker has been including the expensive Autopilot hardware on all vehicles in order for its whole fleet to benefit from the safety features that it enables, like automatic emergency braking and collision alerts, but it counts on customers buying the “convenience feature packages” (‘Enhanced Autopilot’ and ‘Fully Self-Driving Capability’) in order to pay for them.

With Model S and Model X starting at over $70,000, it has less of an impact if the buyers decided not to take those features, but that’s more significant for Tesla with the Model 3 starting at $35,000. It’s something to think about.