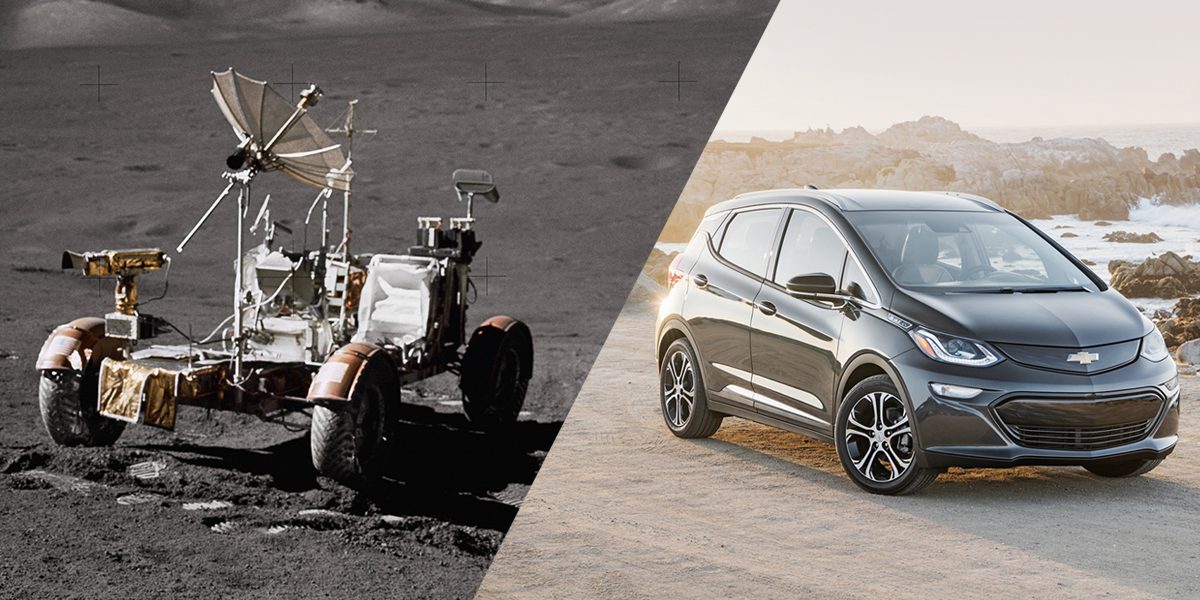 GM is trying to get some traction behind its Chevy Bolt EV as sales have been mostly flat for the first half of the year and now inventories are piling up.

In a bizarre press release about the vehicle today, GM pitches the Chevy Bolt EV by favorably comparing it to a 45-year-old lunar rover.

To be fair, the comparison stems from GM engineers having worked on the Apollo 17 Lunar Rover Vehicle that reached the moon in 1971.

“When our team began engineering for the Lunar Rover, there were so many unknowns, including varied terrain, extreme temperatures and the effect of reduced gravity. We pushed the boundaries of automotive technology and worked hand in hand with the astronauts on the vehicle’s design.”

GM added that like at the time of the rover, they “remain at the forefront of EV engineering” with the Chevy Bolt EV and they sent out this comparison chart: 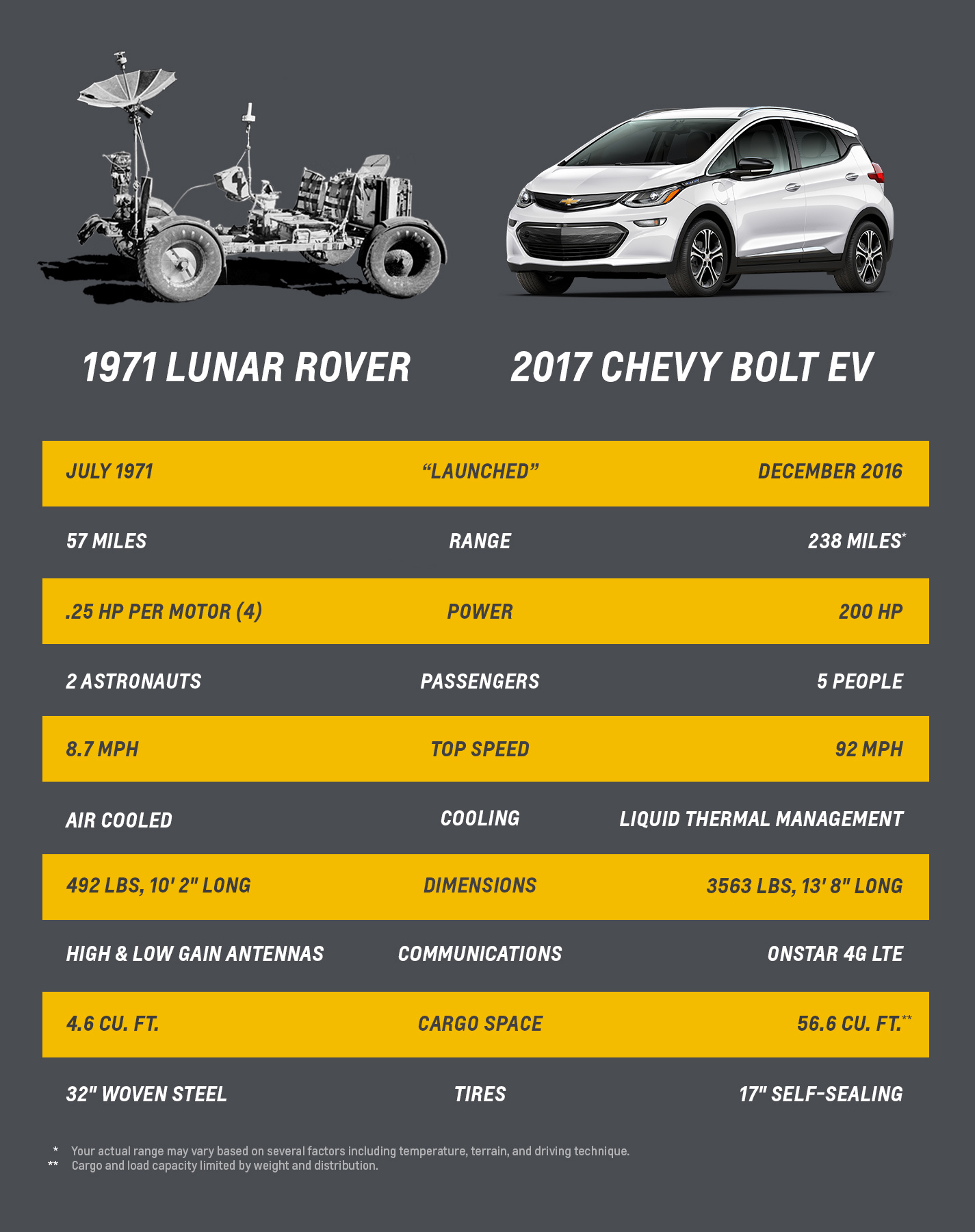 At the time, it was a cutting edge electric vehicle, but the vehicle was designed for the moon, not to be a street-legal car on earth, which makes GM’s comparison with its Chevy Bolt EV 45 years later unimpressive really.

Also, I’m not sure about the cooling system being “air-cooled”. With what “air” are they cooling it on the moon? A wiki search shows that the systems “were passively cooled, using change-of-phase wax thermal capacitor packages and reflective, upward-facing radiating surfaces.”

Anyway, comparing it to a 45-year-old piece of technology might not be the best way to sell the all-electric vehicle. Potential buyers have complained that the vehicle is often not available at their local dealers since GM is concentrating the inventories at “authorized dealerships” and more so in states with ZEV mandates.

If they were to make it more easily available and incentivize dealers to sell them, it would go a long way.

Featured Image: 2017 Bolt EV alongside a view of the Apollo 17 Lunar Rover Vehicle at Sample 8135, taken during Extravehicular Activity EVA 3 via GM.