Tesla is building a massive new structure at its Fremont factory

For over a year now, Tesla has been expanding its Fremont factory in preparation for the start of Model 3 production.

The plant, which is already one of the biggest in the world, has changed quite a bit, but there was no new significant large structure like this new one coming up right now.

Those new buildings were to be built as Tesla increases the production capacity of the plant to over 10,000 units per week by the end of 2018.

Tesla started Model 3 production this month, but it is not expected to reach significant volumes until the end of the year.

Nonetheless, construction is underway along with expansions in their current buildings.

The new multi-story structure is higher than any other structure at the site. It was first spotted by /r/Teslamotors user DirtyFries earlier this month:

But at the time, it wasn’t clear if it was actually on Tesla’s property at the plant.

Now Gary Lieber‎ flew over the factory this week and managed to catch another shot of the structure, which is definitely on Tesla’s property (picture vis Tesla Owners Worldwide on Facebook):

It looks like it could be the building ‘9’ on the “masterplan” that Tesla submitted to the city of Fremont: 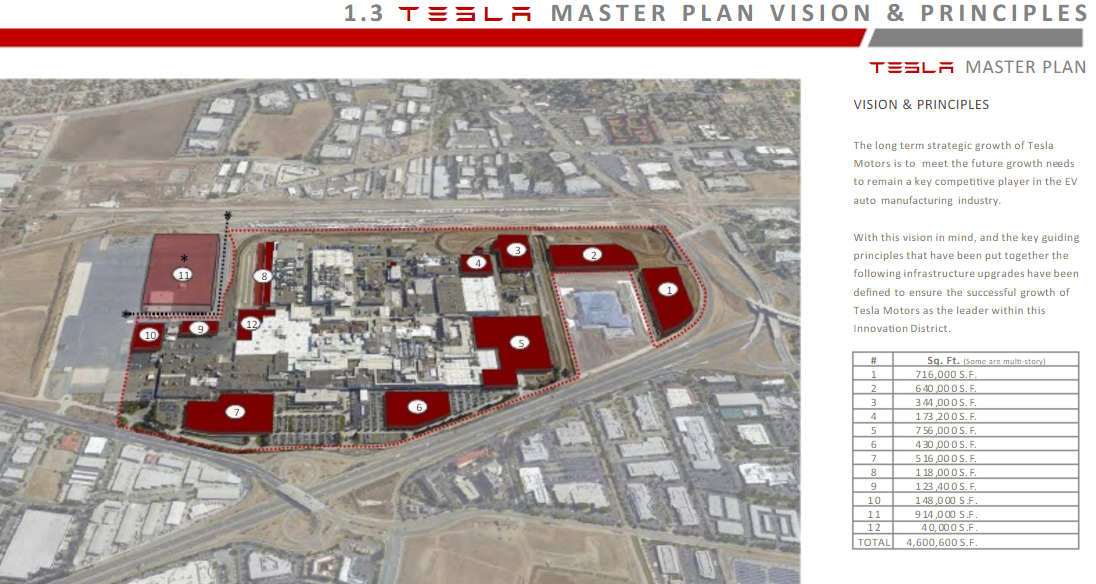 Based on the look of the structure, it could be a giant ‘Automated Storage & Retrieval Systems’. It’s a system that facilitates the use of robots and the automation of a warehouse.

We asked Tesla for a comment on the new structure and we will update if we get an answer.