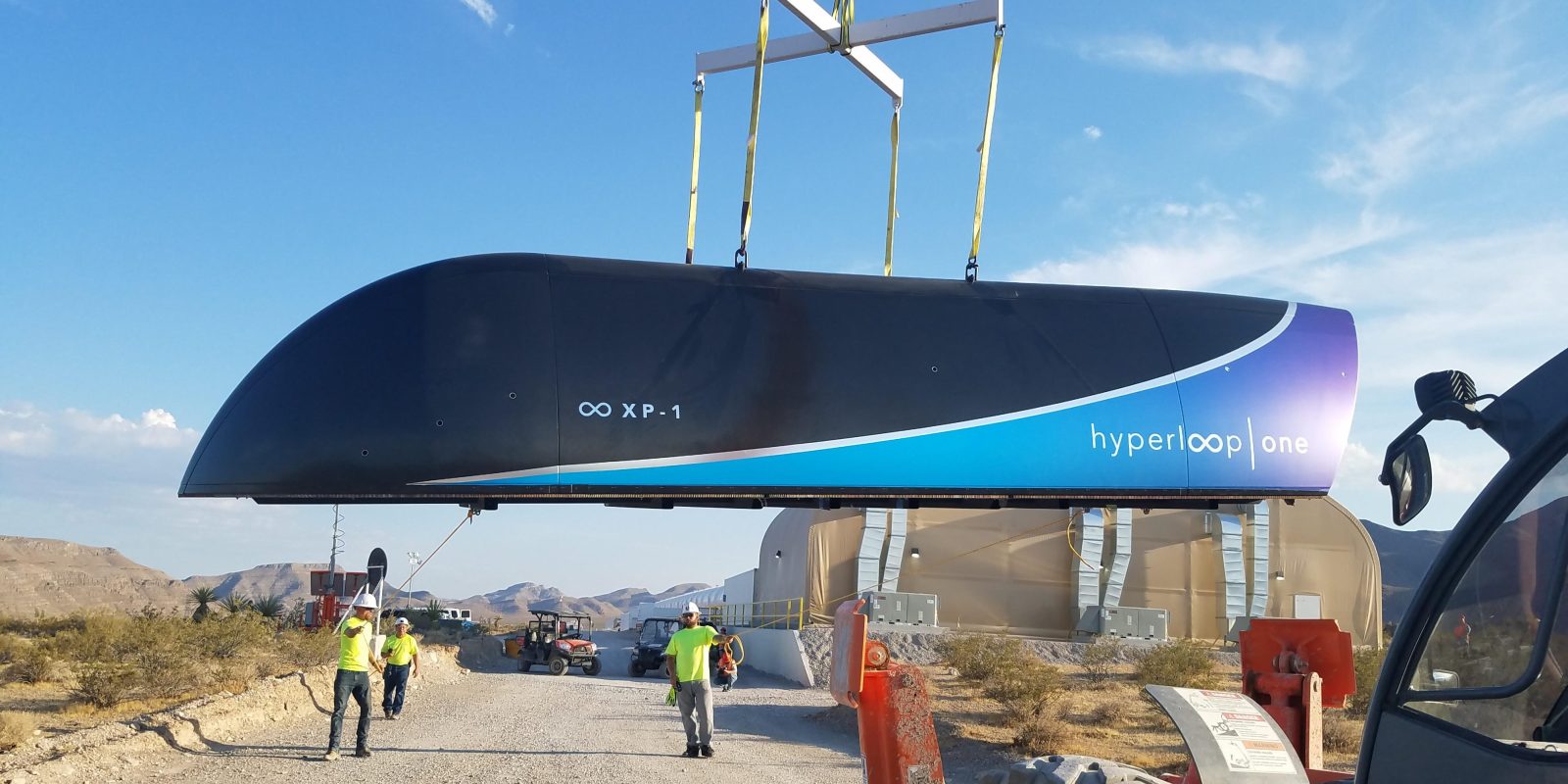 Hyperloop One, one of the main companies developing the new mode of transportation envisioned by Elon Musk, announced today “the successful completion of the world’s first full systems Hyperloop test in a vacuum environment.”

Surprisingly, this test was privately conducted on May 12, 2017 at the company’s test track in Nevada, known as the ‘DevLoop’, and they are only now disclosing it.

They described the test in a press release:

“The vehicle coasted above the first portion of the track for 5.3 seconds using magnetic levitation and reached nearly 2Gs of acceleration, while achieving the Phase 1 target speed of 70mph.”

That’s nowhere near the ~700 mph speed that they originally planned the system to enable, but the full-scale 500-meter test track is also shorter than the previously announced 1-mile long tube and it’s only the first phase of testing the propulsion system in a near vacuum.

Shervin Pishevar, co-founder and Executive Chairman of Hyperloop One, commented on the announcement:

“Hyperloop One has accomplished what no one has done before by successfully testing the first full scale Hyperloop system. By achieving full vacuum, we essentially invented our own sky in a tube, as if you’re flying at 200,000 feet in the air. For the first time in over 100 years, a new mode of transportation has been introduced. Hyperloop is real, and it’s here now.”

They released today a rather unimpressive video of the achievement:

Again, it’s more about testing their propulsion and braking system in the vacuum environment created by the hyperloop tube, it’s hard to make it exciting.

Though it’s not clear why they call it a “Full Systems Test” without the actual vehicle, which they actually also unveiled today.

Pishevar and co-founder Josh Giegel wrote in a blog post:

Today we’re also unveiling XP-1, the pod we’ll be using for those full systems tests over the next several months at DevLoop. XP-1 is comprised of a carbon fiber and aluminum aeroshell atop our levitating chassis, which is the business end of the vehicle, where all the performance comes from: suspension, lift, guidance and propulsion.

Here are a few pictures of the new pod:

The company says that they are now entering “the next campaign of testing, which will target speeds of 250 mph.” They also claim that we will soon see the actually pod gliding above the track.

It’s something that we actually saw with the SpaceX-sponsored Hyperloop Pod Competition, but they scaled down the tube and pods unlike this full-scale system developed by Hyperloop One.

While they keep developing the technology, they are also working on potential routes. They recently revealed 11 potential routes for the high-speed transportation system in the US and 9 new potential European routes.

The company has also seen strong interest in the middle east and announced a deal last year to bring the first hyperloop network to Dubai.