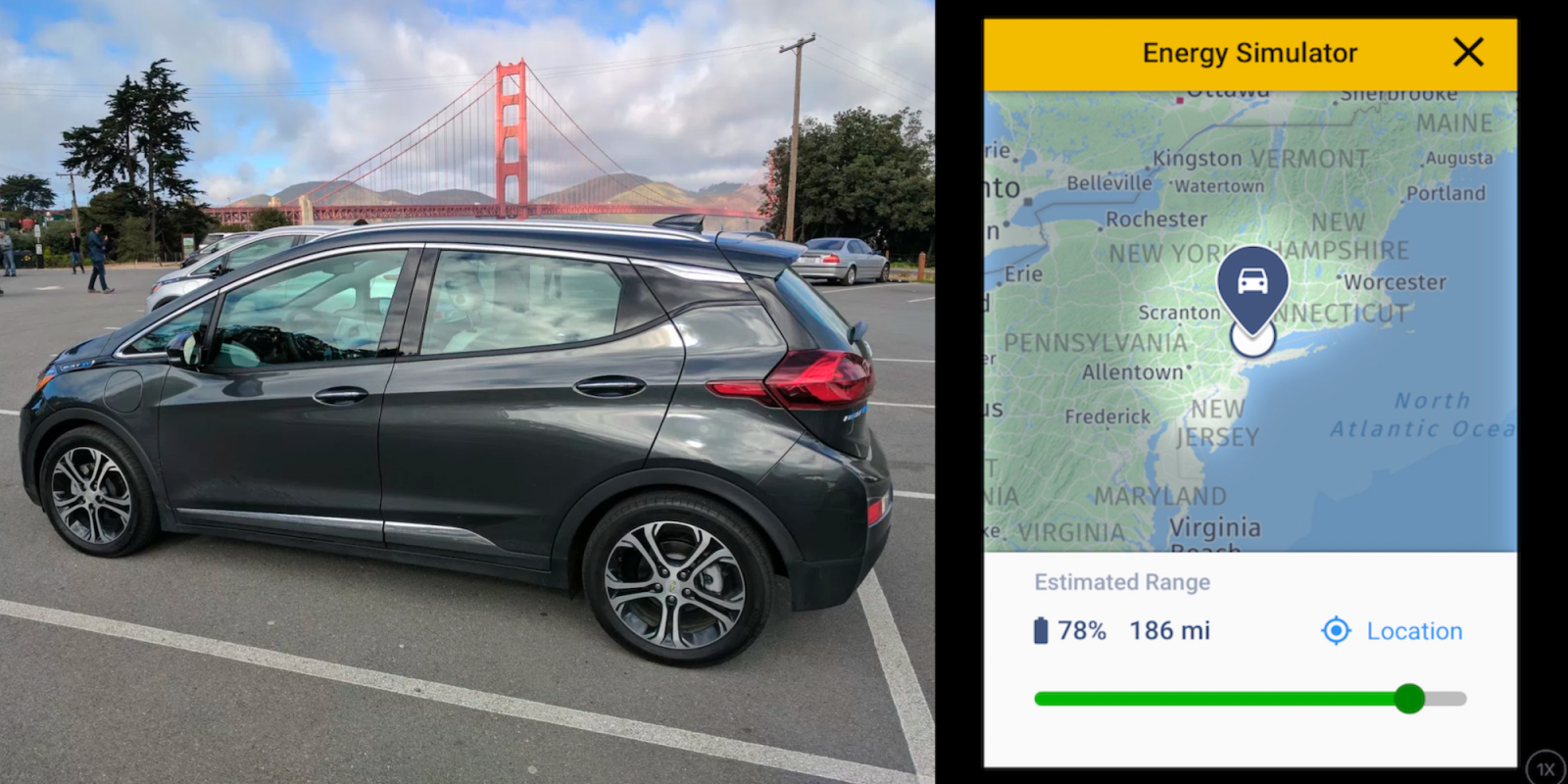 The myChevrolet app for iPhone gets a big update today that brings a handful of new features to drivers with supported vehicles, including a new ‘Energy Awareness’ feature for Bolt EV owners and support for Apple Watch.

For Chevy Bolt EV drivers, a new ‘Energy Awareness’ feature gives you a visual range estimate overlaid on a map (as pictured above). The iPhone app will automatically pull in your car’s current location and battery percentage/mile estimate (or a manually saved location) to show a rough visualization on the map of approximately how far that will get you.

There doesn’t appear to be much in the way of smarts on this thing. It is just a radius/gradient based on miles. For instance a trip into the Vermont Mountains doesn’t get penalized in range when in reality, my range would have dropped significantly.

With the new Apple Watch support, OnStar customers will now be able to use the device to initiate remote commands for things like locks, remote engine start and stop, and horn and lights (pictured below). And subscribers will also be able to use Apple Watch to get walking, driving or transit directions back to the location of their parked vehicle (this feature appears limited to U.S. users). Tesla is yet to release a 1st party Apple Watch app but there are plenty of 3rd parties using the Tesla API.

Also for OnStar users, TouchID can be used for the iPhone’s OnStar PIN, and the new app will now allow you to adjust alert preferences for things like Wi-Fi Data Usage Alerts, your vehicle’s OnStar Vehicle Diagnostics Email, or Theft Alert Notifications.

The updated myChevrolet app, version 3.7.0, is available on the App Store now.