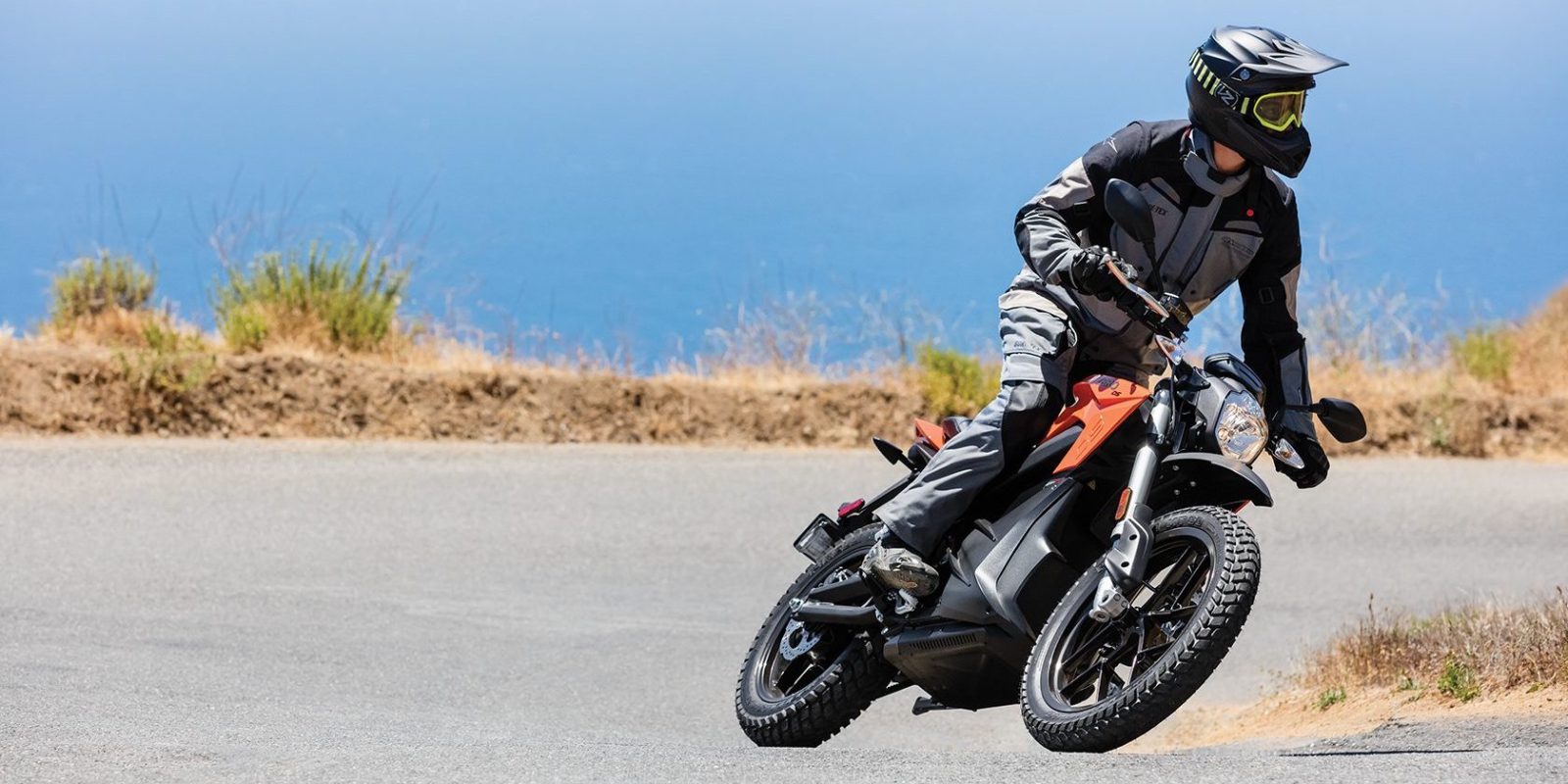 Sam Paschel, the still relatively new CEO of California-based electric bikemaker Zero Motorcycles, has been riding conventional motorbikes for most of his life. Which helps explain why, after spending more than 20 years in various leadership positions at consumer brands like Skullcandy, Burton Snowboards and Giro Sport Design, his curiosity was stoked when he got offered the top job at Zero.

Naturally, before he took over as CEO in February, he decided to go for a ride…

“The progress toward the opportunity had continued for a while, and I eventually decided, okay, I need to throw a leg over one of these bikes and ride it,” Paschel tells Electrek. “So I hopped on my motorcycle – it’s a gas bike – and drove 50 miles to Provo, Utah, from Park City to test-drive a Zero.

“I loved the motorcycle I was riding, had it for a long time and put a lot of miles on it – and I would have traded it on the spot for the Zero that I test-drove. I got off the bike and realized I went from being sort of passively interested and curious about the business to desperately wanting the job of being the CEO.”

Think about it: Riding a motorcycle engages all five senses – and on an electric bike “your experience is fundamentally different across three of those senses.”

That first ride was a big part of it. Paschel still describes it with the zeal of the newly converted (“an amazing and transformative experience”). He slips in as much visceral detail as he can while at the same time lamenting that the company’s messaging can only do so much – he acknowledges, for example, that the company’s storytelling is lagging behind “how transformative” the experience of riding a Zero bike is.

Think about it, he encouraged his listener during a recent conversation. Riding a motorcycle engages all five senses – and on an electric bike “your experience is fundamentally different across three of those senses.”

Some annoyances like the noise and smells that he didn’t realize were getting in the way of a “pure ride experience” were all stripped away. All the things he never knew he disliked about riding a motorcycle had been eliminated, which was the revelatory moment that convinced him of the company’s – and, really, the market’s – promise.

He took over at the roughly 150-person company a few months after Zero had unveiled its 2017 lineup – the company has six models, in all – which came with an emphasis on giving riders more power, versatility and options. The company also made some improvements that extended across all models like a new “high-quality paint application process” to replace the previous molded-in color body panels. Zero also updated its mobile app, allowing for over-the-air software updates for the bikes.

2017 has in many respects proven a busy time for Zero. The company added a new five-year unlimited mileage battery warranty, in addition to seeing an expanded dealer network and increased manufacturing capacity. Most promising of all, Paschel thinks the company has, thanks to its 2017 model year lineup, cleared some critical hurdles toward Zero producing a more scalable product.

“To believe in the future of this business, you have to believe fundamentally in four things,” Paschel says. “That EVs will continue to grow and be a more significant part of transportation, globally. I think that’s as close to a slam dunk as you’re going to get.

“Number two, you have to believe that motorcycles will be a part of that movement, especially as infrastructure continues to grow and change. Number three, you have to understand that battery chemistry for lithium ion cells is improving at roughly 8 percent a year, from a battery efficiency standpoint. That improves your range, and those efficiency increases create a bit of a tailwind that makes battery production more efficient and cheaper.”

At that point, he continued, over a long enough timeline range goes up and the cost extended to consumers goes down. 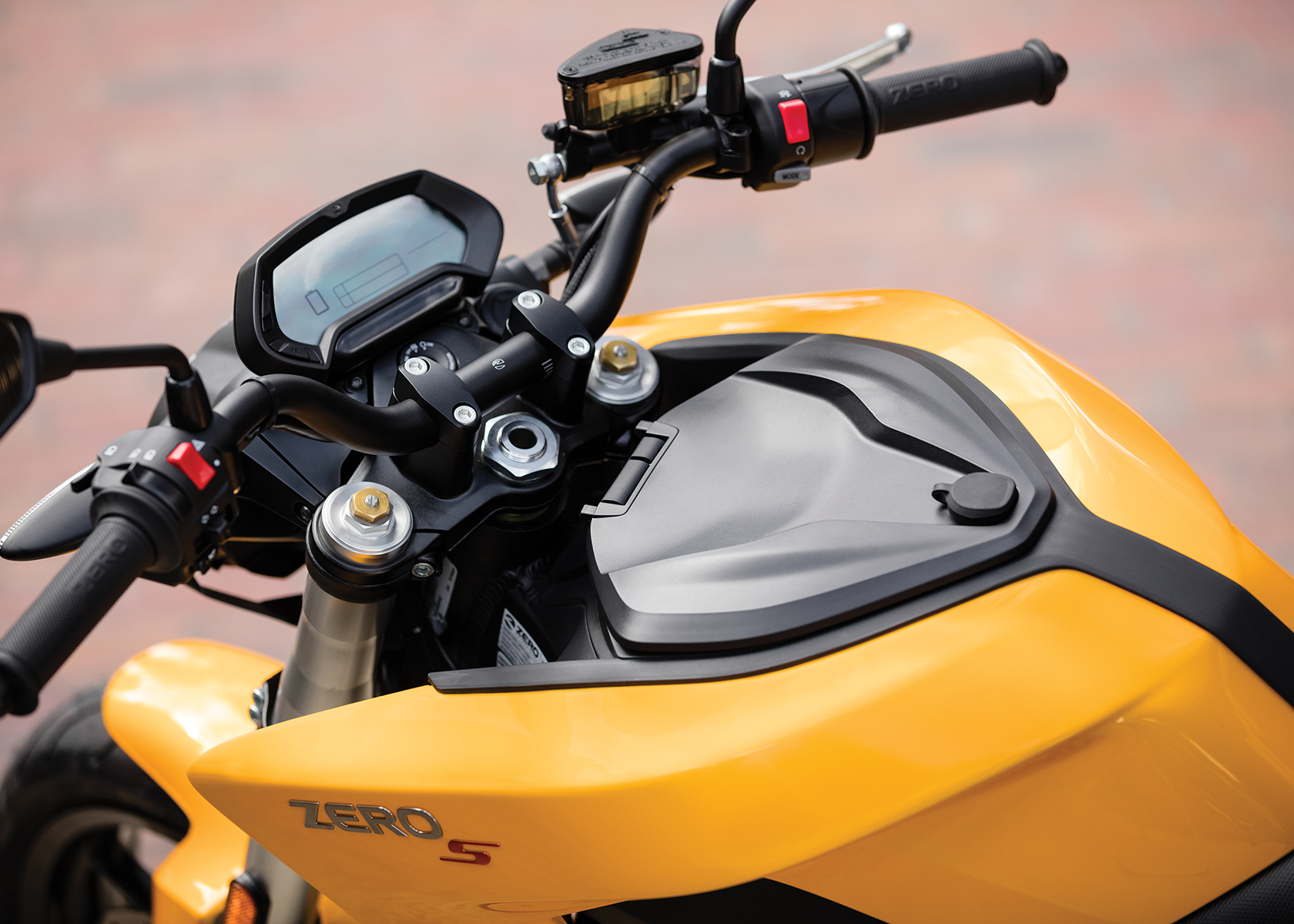 “And finally, with the 2017 model year Zero has cleared some hurdles that are very critical to becoming a scalable commercial vehicle,” Paschel said, noting that the company’s rides now exceed 100 mph in performance; boast a range of over 200 miles; and feature charge times of about an hour to an hour-and-a-half (those specs will sound familiar to Tesla owners).

“So if you believe in those four things – you look at it from a business standpoint, and you say, ok, this actually has a really interesting runway in front of it.”

In terms of what’s still to come for 2017, one thing worth noting is the particular way the company thinks about competition.

Business strategy, Paschel argues, isn’t about competing to win – it’s about “competition to differentiate yourself.”

To illustrate that point, he suggests asking a rhetorical question – What’s the best car? There’s no way to answer that, he rightfully points out, unless you know what the other person’s needs are.

“Consumers’ needs are all over the map. You’re competing to differentiate yourself in a meaningful way,” he says. “So, fundamentally, what we have at the very base level of our DNA – we’re building electric motorcycles. That’s just a fundamentally differentiated thing. So we’re starting from a really strong place. The rest of 2017 is about getting these high performing bikes into as many hands as possible.”

Zero’s current facility in Scotts Valley can make up to 20 bikes a day. The company is in 30 markets globally, mostly the U.S., Canada and Western Europe, with 60 percent of their volume in the U.S. and 40 percent global.

The company sees its customers existing in one of three buckets that you’d expect – existing riders, the kind of people who maybe own more than one bike or who collect motorcycles. Also returning riders. Those are people who’ve picked it back up after being away from it for a while and maybe have become aware of electric bikes and had their interest piqued.

The third category is, of course, new riders.

Design is often touted as one of the standout features of this or that electric vehicle, the thing that maybe helps pull a particular buyer across the finish line. For Paschel, the experience of the ride, of actually getting on one of his company’s sets of wheels, is the thing.

It’s not about relying on a message, as it were, to sell the bikes. The game plan is to simply get as many people as possible getting on one for a demo ride – that’s how Zero thinks it can close the deal with riders.

Paschel isn’t ready to talk about some of the things Zero is working on behind the scenes, like coming additions to its model lineup, yet. The company in recent weeks did try to sweeten the incentive for buyers to pull the trigger on a purchase by instituting a tax assurance program.

Because the federal tax credit for electric motorcycles lapsed in January, Zero says it’s offering up to $1,869 in tax credit assurance.

“We decided to step up,” Paschel says, “because anybody who’s sitting on the fence trying to make a decision between do I buy an electric motorcycle or gas motorcycle – if this program and the fact that there’s no predictability around it is the thing holding you back, we’re going to take that out of the equation. Because we just think your life’s going to be better as soon you throw a leg over an electric bike.”