The rumors that Tesla finally signed an agreement to build a Gigafactory in China have intensified today.

Update: Tesla has confirmed that they are working with the Shanghai government without confirming that a deal has been reached.

Both China Daily and Bloomberg are citing anonymous sources saying that deal is going to be signed today. Bloomberg reported this morning:

“The agreement was reached Thursday in Shanghai, said the people, who asked not to be identified before the information is made public. A representative for Tesla couldn’t immediately comment. A spokesman for the Shanghai government said he’s seeking information from the relevant departments.”

An image has been circulating on social media in China allegedly about an imminent public signing ceremony for the deal: 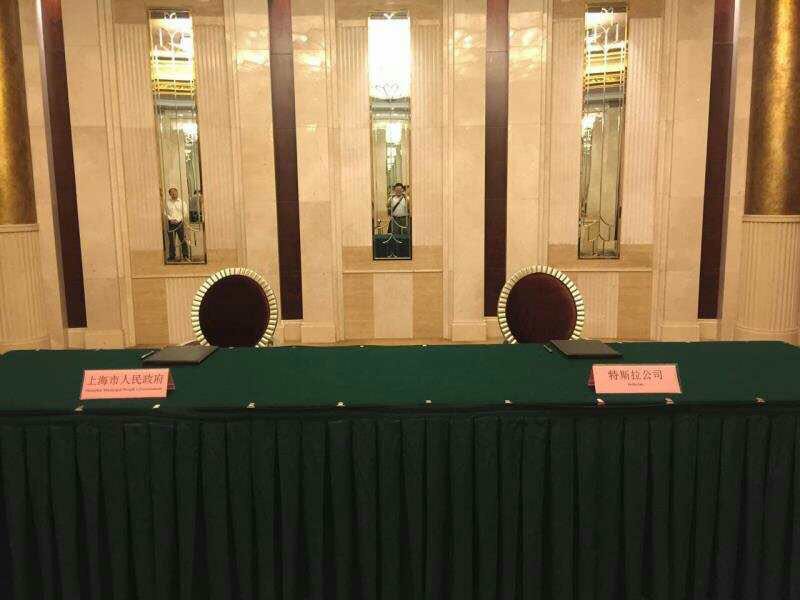 Tesla would still need a joint-venture to establish manufacturing capacity in China. Unlike legacy automakers who make deals with other Chinese automakers, Tesla reportedly went with Shanghai Electric Group and the Shanghai Lingang port.

While it’s not the first time that there have been rumors of the sort and they were eventually shut down, this one is a lot more credible.

Tesla CEO Elon Musk met with China’s Vice Premier just over a month ago and the company confirmed that it is looking for up to 3 more locations to build Gigafactories to produce both batteries and electric vehicles.

Furthermore, the timing in China will be great for Tesla since it tripled its sales to over $1 billion in the country in 2016. A local factory would probably help the company keep the momentum in China, especially with the upcoming less expensive Model 3, and it would eliminate the 25% import duty that it currently has to pay.

We will update by the end of the day if the deal is real.