If Tesla sticks to its Model 3 production plans, it is literally just weeks away from the start of production at their Fremont factory.

In preparation for it, its Model 3 release candidate test program has been expanding and the vehicles have now been spotted in several more regions around the US.

During Tesla’s previous test program, like with the Model X in 2015, prototypes had mostly been spotted in California – especially Northern California in Palo Alto near Tesla’s headquarters.

It was the same thing for the first few months of the Model 3 release candidate program.

But now more and more Model 3 prototypes are being spotted every day and not only around Palo Alto.

Last week, a Model 3 was down in Harris Ranch near Bakersfield and now it’s being spotted in other states.

A red Model 3 prototype was spotted yesterday at the Supercharger at Tesla’s Salt Lake City store in Utah (picture via McHoffa): 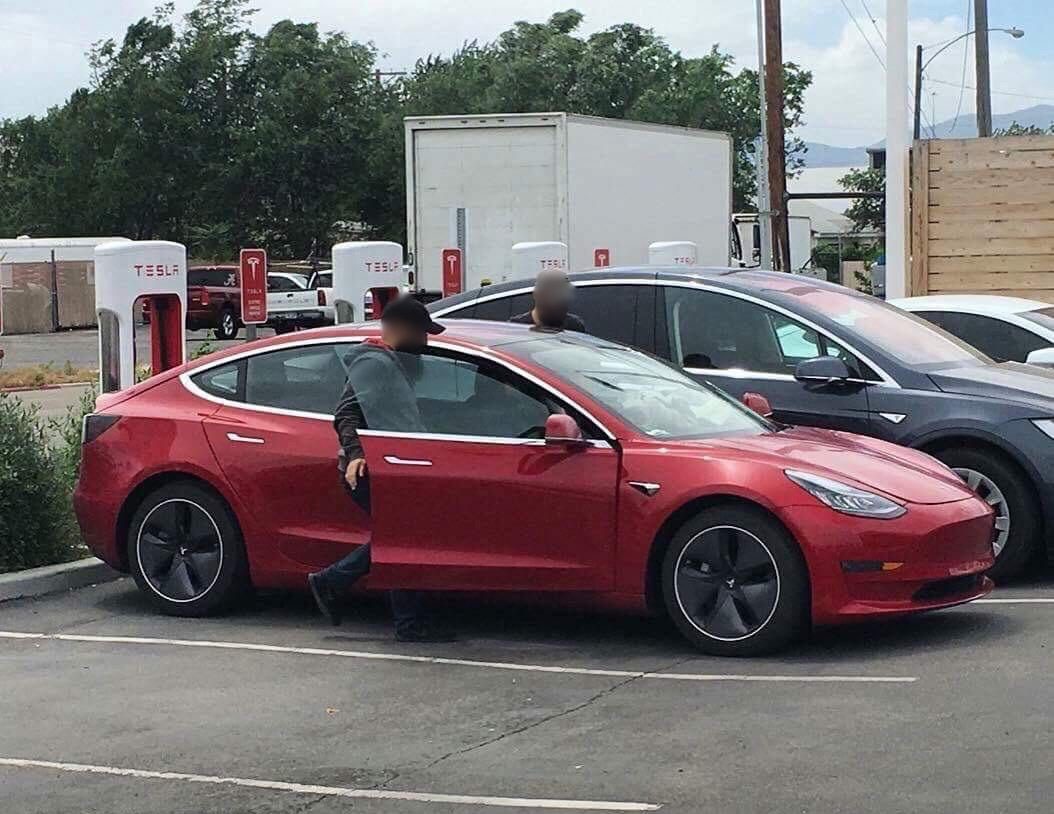 The vehicle is equipped with the new aero wheels, which have been spotted on several prototypes lately. It could be an indication that they will make it to production.

CEO Elon Musk confirmed last week that wheel size is probably one of the only options that early Model 3 buyers will be able to choose – that and the color. Sizes are going to be 18″ and 19″.

But the availability of different wheel designs is less clear. When Tesla first unveiled the Model 3, it also unveiled 3 new wheel designs with the vehicle. At the time, they were fairly well received and Musk said that “they spent a lot of time” on those wheels and that they would make it to production.

Of course, Tesla’s release candidates are being tested at different stages of readiness and therefore, it’s not necessarily representative of the production version – including things like wheels.

Though It’s interesting that Tesla is venturing further with the Model 3 prototypes. Now in Utah, but we also received reports of sightings in Illinois and around Ohio.

Let us know if you see the vehicle in your part of the world.