Tesla streamlines ordering with new configurator ahead of Model 3 launch

Tesla is looking to streamline the ordering process with the Model 3 and today we learn that Tesla is testing a new simpler configurator for the Model S and X.

The new configurator bundles the options and moves away from associating the models with their battery packs.

The automaker recently confirmed that they plan to limit the number of configurations to fewer than 100 compared to the Model S’ more than 1,500 different configurations. The moves today seems to give us an idea of what a Tesla configurator with more limited options could look like.

Tesla was already looking to remove and simplify its options when it discontinued the Model S 60 earlier this year.

At the same time, Tesla removed its metallic roof option and bundled others, like the automatic rear power liftgate and the 72-amp charger, together in specific packages instead of separate options.

Now, the company is introducing “packages” even before going down to those options.

“Standard”, “Premium”, and “Performance”, which are the equivalent of the Model S “75”, “100D”, and “P100D”,  are the only standard options that buyers can access from the new configurator: 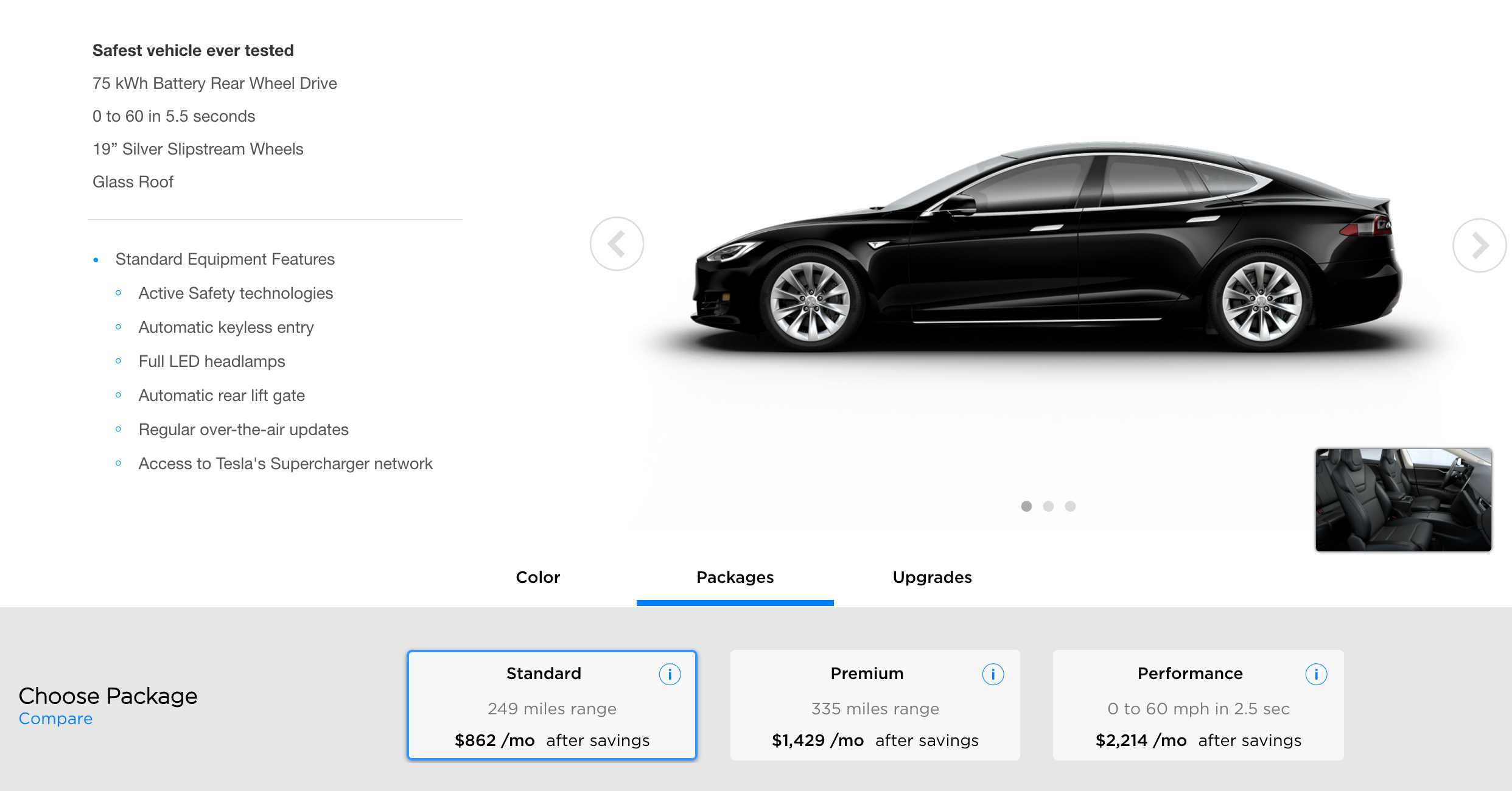 Anything else is considered “custom-built” and Tesla redirects to the old configurator to place an order.

For example, it’s now the only way to configure a Model S 75D and 90D.

Here’s a comparison chart for the three new standard packages of the Model S: 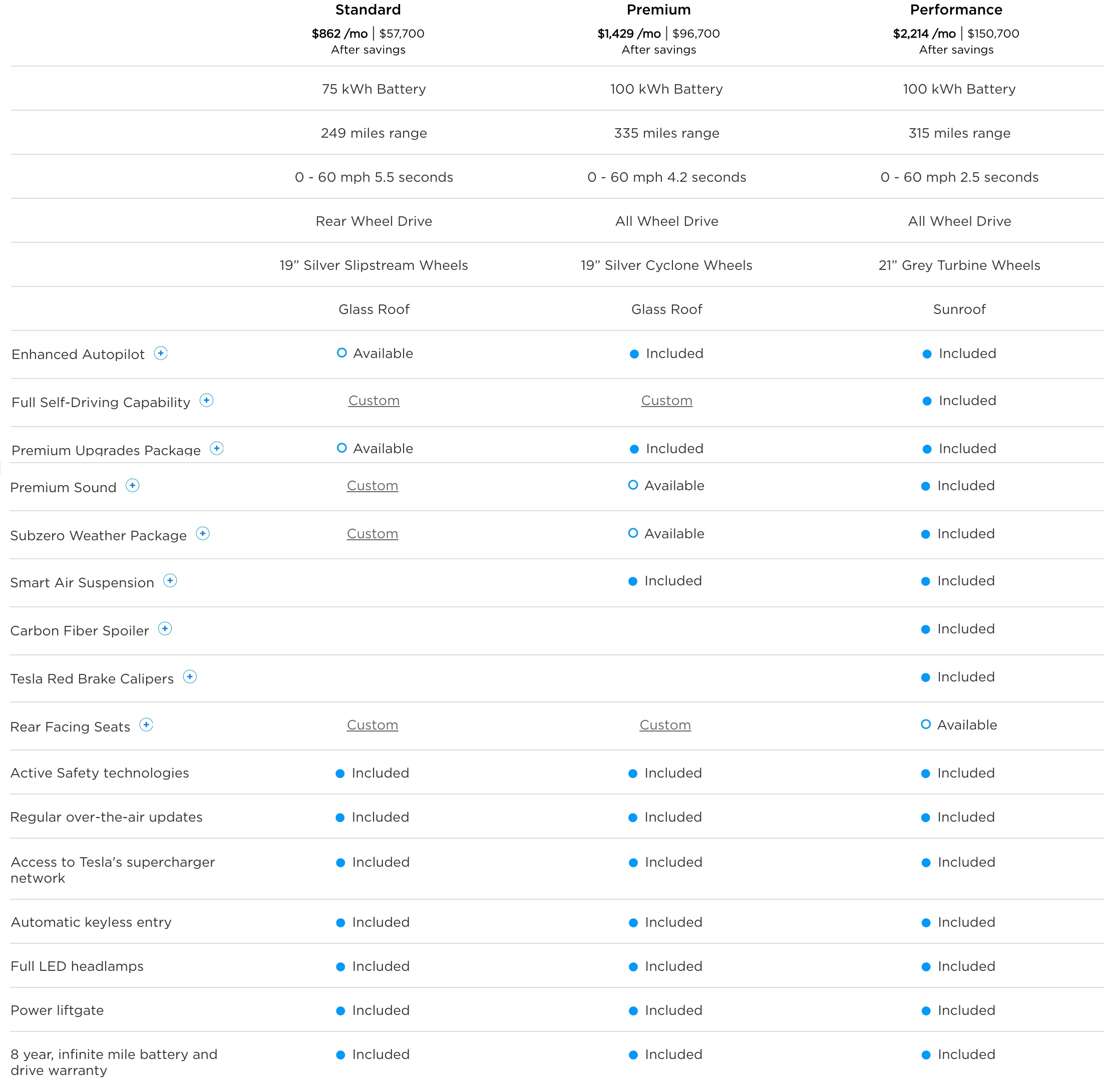 Buyers choosing those packages instead of “custom building” their Model S or X can still add “upgrades” to the configuration. The options are shown as “available” on the chart above.

Through this new configurator, Tesla is also reemphasizing the “after savings” price – something the company used to do years ago.

In the past, Tesla would only show the price of the vehicle after EV incentives and gas savings. It later separated those prices for transparency, but it appears to be coming back to the old habit and now only displays full prices on the review screen.

Let us know what you think of the new configurator in the comment section below.