Yet another new Tesla Model 3 release candidate has been spotted yesterday.

Interestingly, the vehicle, which has a glass roof like all other Model 3 release candidate spotted so far, was spotted with a roof rack and a large box on top.

It’s not clear what the box is for. It could be to test the roof racks or it could be to test handling with added weight by simulating evenly distributed cargo, or something else. Let us know what you think in the comment section below.

The roof rack itself looks similar to the one for the Model S, which is adapted for a glass roof since all of Tesla’s vehicles are now glass or panoramic roof only. The Model 3 is expected to only have the glass roof option since Tesla is trying to minimize the number of possible configurations.

The sighting was posted to Reddit’s ‘Spotted‘ subreddit by slipsloppoopy earlier today: 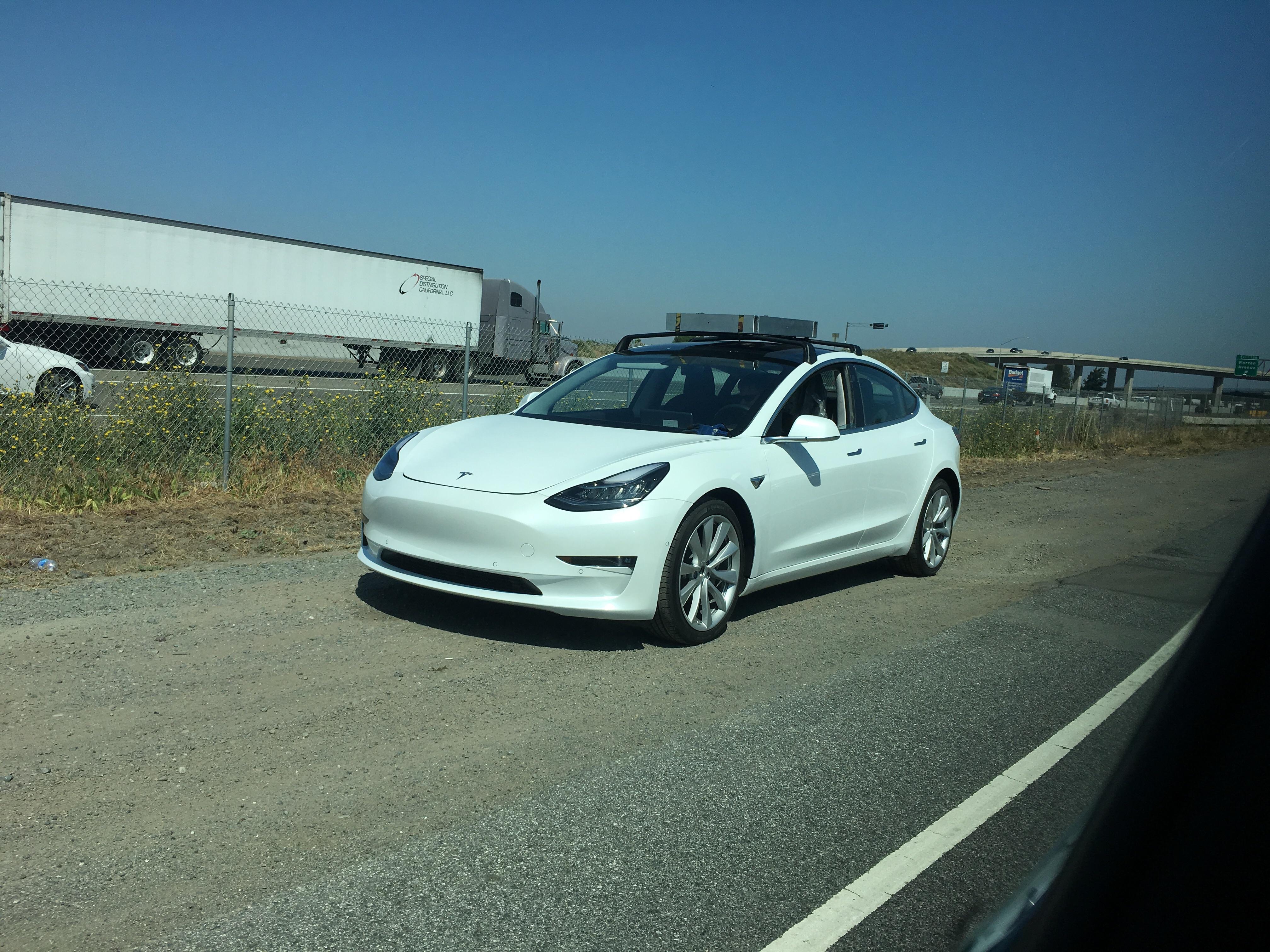 The panel gaps look tighter on this Model 3 prototype than other recent sightings. Here are the most recent ones:

As usual, we like to remind everyone that the Model 3 release candidates are being tested at different stages of readiness and therefore, it’s not necessarily representative of the production version.

Tesla said that the release candidates have been “built using production-intent tooling and processes, are being tested to assess fit and finish, to support vehicle software development and to ensure a smooth and predictable homologation process.”

The actual Model 3 production line is still being built at Tesla’s Fremont factory, but the vehicle is still scheduled to go into production in July for deliveries to employees in California. The production is then expected to ramp up for early reservation holders as Tesla works through its massive backlog of reservations.