For high-profile car designer Henrik Fisker, these are “exciting times.”

That’s what he tweeted in recent days to describe his anticipation for the arrival of August, which is when he plans to unveil his flashy new electric car prototype – the EMotion, a pricey low-volume effort which Fisker is positioning as a competitor to something like the Tesla Model S.

The Fisker name and brand are of course prominent in automotive and particularly EV circles. Fisker contends he helped in the early design for what became the Model S [Tesla contends that his designs were scrapped], later breaking away to focus on his own efforts [after some legal wrangling]. He’s also the F in VLF Automotive, a company he co-founded with former GM exec Bob Lutz and automotive engineer Gilbert Villarreal (the “L” and “V” in VLF, respectively). Its focus is on pricey, sleek supercars, with “three car aficionados, guys just having fun” at that company’s core.

The EMotion, meanwhile, represents an attempt by Fisker to make a statement – to bring to market “exciting designs, and exciting innovation.” That includes producing a vehicle he says will have a top speed of 161 mph and the ability to drive 400 miles on a single charge. We saw a teaser last month and last we’d heard the car would employ supercapacitors to hit that high end target.

The EMotion will also be comprised, Fisker tells Electrek, of lighter material and sport innovations in battery technology.

“One of the things that was exciting for me was to explore, after sort of having worked in the very initial early days (of electric vehicles), what’s possible in the future with electric cars now that we have a mature supply chain, everything available to us – what else can we do?” Fisker said. “With the team of engineers we’ve assembled, and we started last year, I really tasked the Fisker engineers with coming up with new lightweight ideas to get the vehicle weight down. 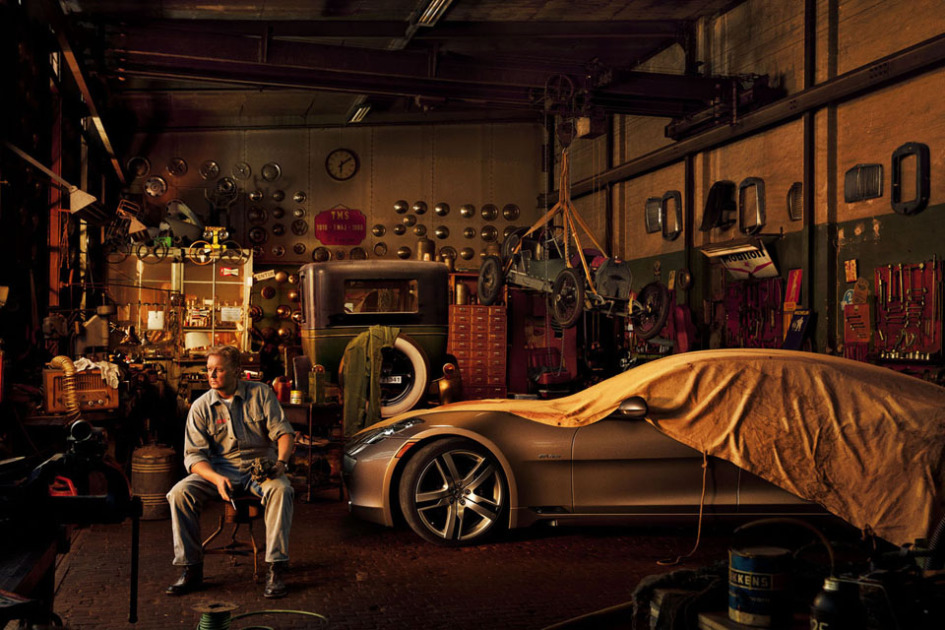 “So, for instance, we have carbon fiber rim wheels which are about 40 percent lighter. We have a lot of carbon fiber and unique aluminum pieces in the vehicle, exploring where we can use different materials.”

It’s probably an understatement to say Fisker has long favored sleek sophistication in automobiles that costs top dollar. His philosophy on consumer tastes when it comes to electric automobiles, meanwhile, is that consumers will increasingly need less prodding – in the form of sales incentives – to get over any lingering doubts about electric cars. That is, if they’re packed with features, well-designed – and eventually get to a more mass-market price point, which Fisker’s are staying away from, for now.

“Design is going to be increasingly important,” he tells Electrek. “When you move to electric vehicles, you’re not interacting anymore with a complex mechanical gasoline engine where the engine noise and response varies extremely from different car companies. So I think values from buyers in the future are going to shift.

“We’re all going to expect fast acceleration, instant torque that we have in acceleration – but we’re going to start looking at other ways to entice the buyer. Exterior and interior design. The user interface. The ride and handling.”

Fisker vehicles have tended to always stick the landing when it comes to beautiful design. Engineering of previous vehicles he’s been involved with has sometimes been another matter – recalls, for example, plagued the Fisker Karma from his previous car startup Fisker Automotive, which also had problems with its battery supplier.

“Being out there and taking a risk, sometimes you get beaten a little bit for it, but I think that’s an exciting thing in the car business – that we’re able to move forward in probably a new way,” Fisker says. “There’s still a lot of new opportunities.”

He tweeted at the end of April that in addition to having a carbon and aluminum structure that makes it lighter than other cars its size, the EMotion would also have new proportions with an “extreme low hood.” Drivers tend to park front end-first in their garage, he said, so the EMotion also isn’t going to offer a front trunk.

He’ll reveal other details about the car, including where it will be manufactured, at some point in August – no set date for now, but August is the current plan.

“For me, it was about setting the stage for what future Fisker vehicles could become,” he said. “We’re working on a more high-volume vehicle as well, but the idea here with our business plan was really to not put all our money in one bucket, which is the higher-end vehicle. That’s why we’ve chosen a lower volume and lower-cost tooling for this vehicle, which allows us to go to more advanced materials which you can’t do at a higher volume.”