Tesla’s factory in Fremont, California is growing faster than ever these days in preparation for the start of Model 3 production. The number of employees at the plant is expected to grow from 6,000 to 9,000 due to the current expansion.

In order to fill some of the hundreds of positions currently listed, Tesla is turning to Mexico for the recruitment of manufacturing engineers.

Tesla is tapping into Mexico’s important automotive engineering workforce, which has been growing in recent years after automakers have built 19 car factories in the country.

Dominik Knapp, an engineer at Tesla, and David Johnson, a senior recruiter, posted an advertisement on LinkedIn (first spotted by Reuters) announcing that they were looking to hire “Top Engineers” during a recruitment event in Monterrey, Mexico.

They listed over a dozen engineering jobs from automation engineers to welding engineers: 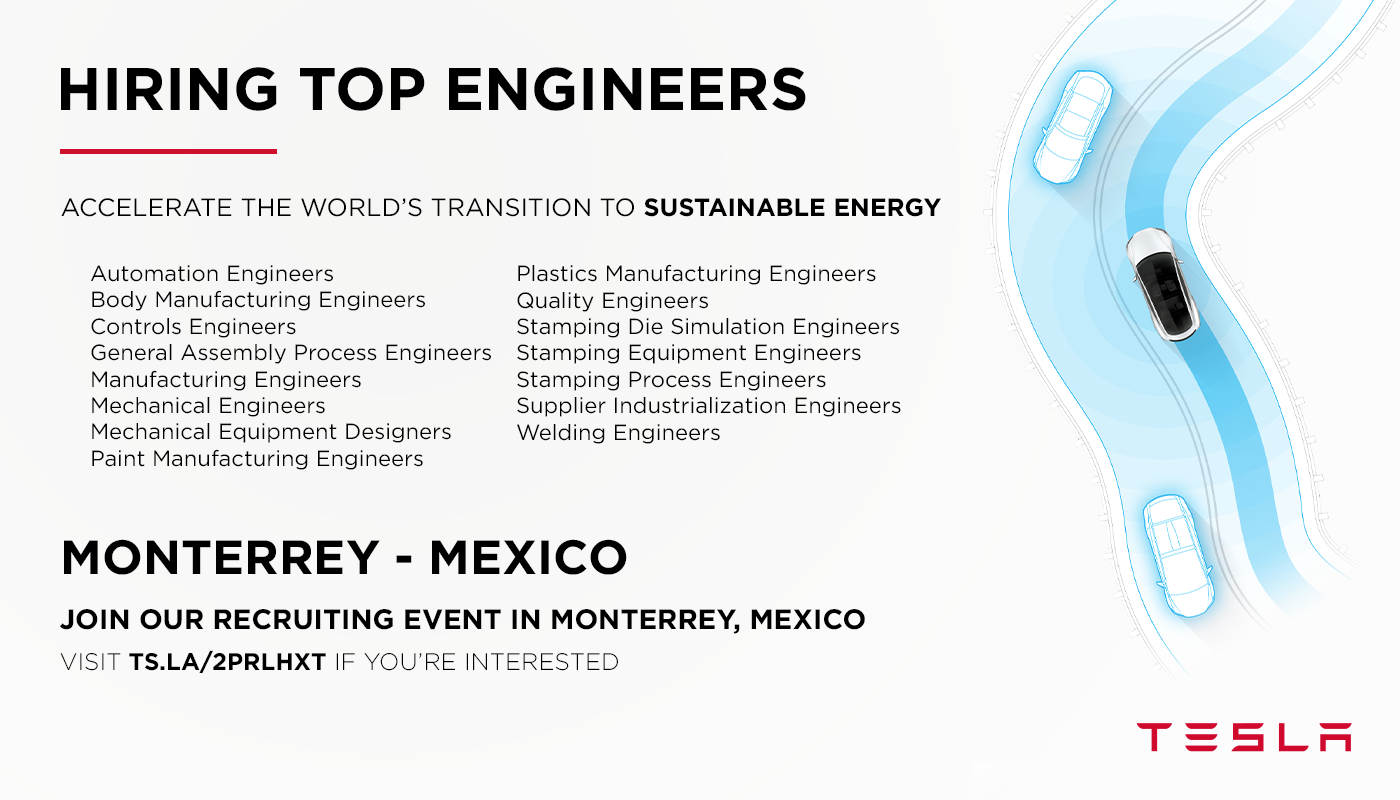 They are holding the event this week and an open house Friday night, May 5th at the Grand Vista Americana.

Doug Patton, president of SAE International, told Reuters that it’s not unusual for US-based automakers to bring teams of engineers from Mexican plants to US factories for short-term assignments, but not to recruit engineers for permanent positions in the US.

Though it’s not exactly surprising either considering there are currently more engineering jobs than engineers in the US:

“There are many more jobs than engineers, this is an engineering problem across the board,”

Tesla’s new Vice President of Production, Peter Hochholdinger, is familiar with Mexico’s engineering talent since he served as an advisor for bringing Audi’s new Puebla production facility online in Mexico.

He himself participated in Tesla’s current recruiting effort by sharing other listings of manufacturing jobs on LinkedIn: 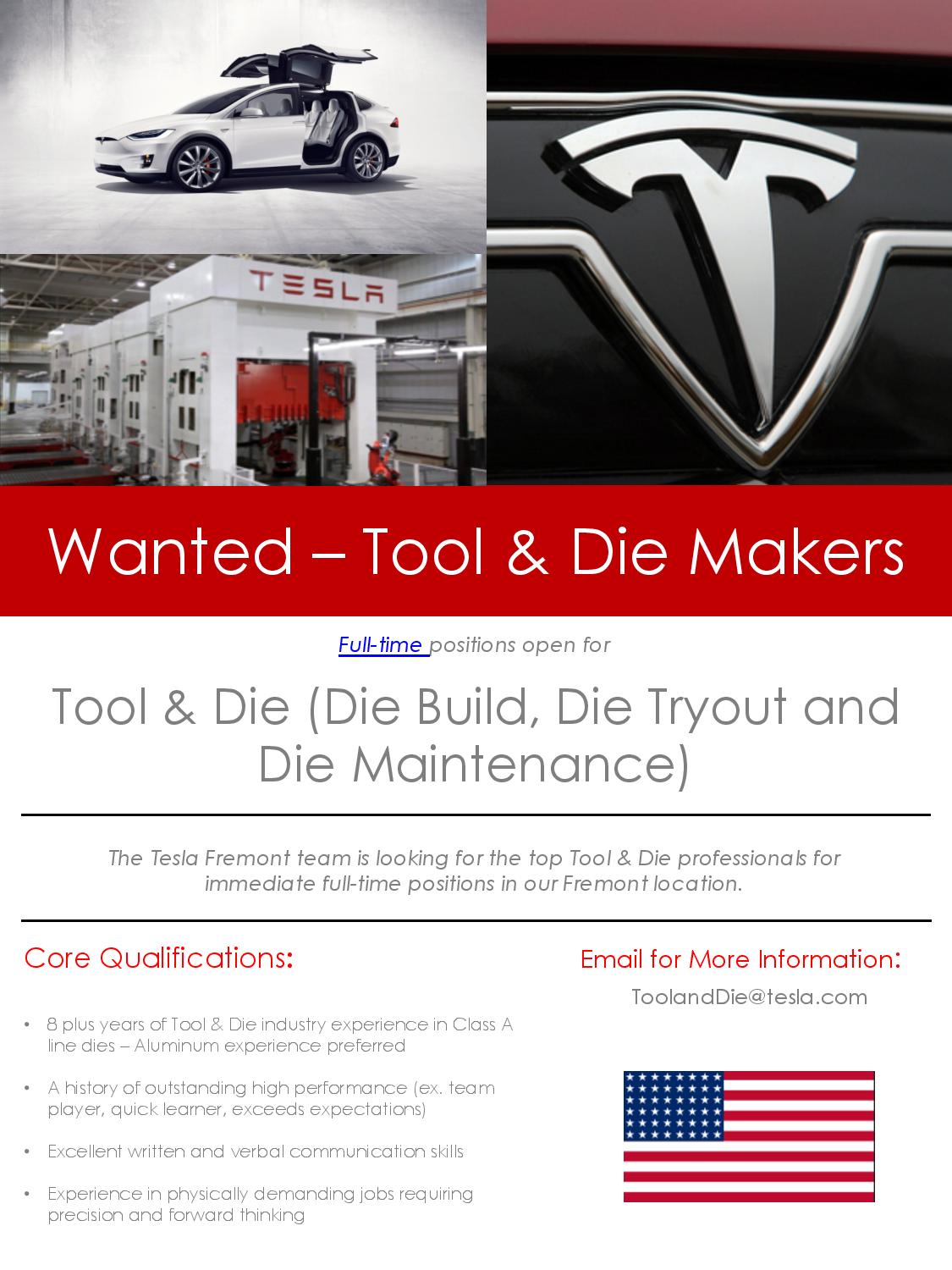 In order to partly remedy the situation, the company acquired a tool and die company in Michigan and an engineering firm in Germany, but Fremont remains Tesla’s main manufacturing asset. It’s not rare for Tesla’s new hires to have to relocate in order to take a job at the company.