We now learn that the company will hold a private showing of the vehicle in June for the winners of a previous referral program.

Tesla owners who referred 5 or more new buyers during the last quarter 2016 won a “VIP tour” of the Tesla factory in Fremont.

Today, the company started sending out invites to those who won. They wrote in the email:

“You are invited to attend a VIP Tesla Factory Tour, exclusively for Referral Program winners. Join us for an exciting day with fellow Tesla owners, including a factory tour, private Model 3 viewing, gourmet lunch, and a Q&A session with Tesla Chief Designer Franz von Holzhausen.”

The tours will be held on June 2nd and 3rd, which is very close to the scheduled start of Model 3 production in July. Therefore, it could be one of the first opportunity to see the production version of the car. 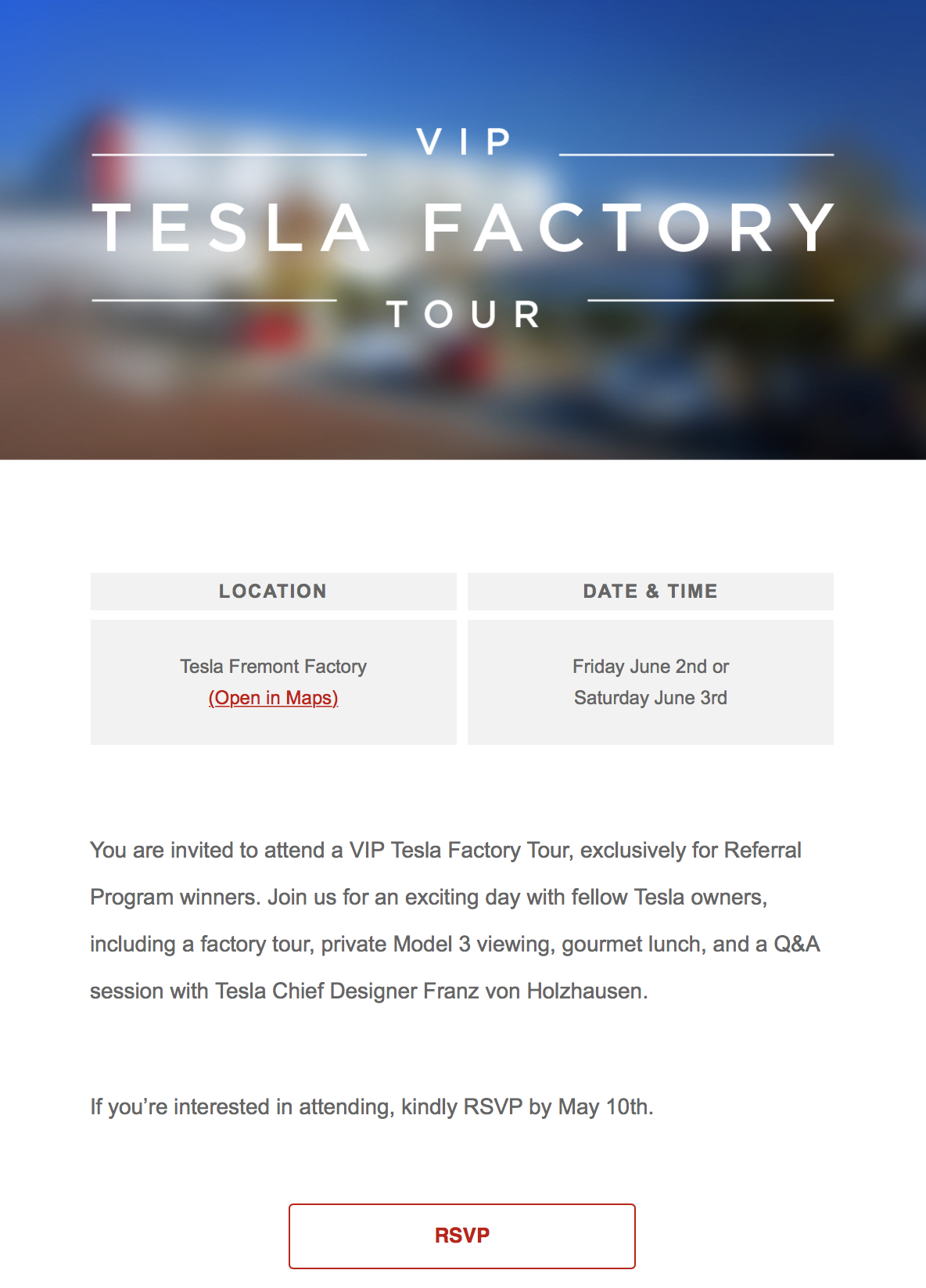 Electrek will be attending the event and we will report back. If you have any question for Franz von Holzhausen, let us know in the comment section below and we will try to ask the best ones.