We reported yesterday that Tesla was planning to start rolling out its automatic emergency braking feature on new Autopilot 2.0 vehicles by the end of the week, but we now learn that some Tesla owners are already receiving the update (8.1.17.11.45).

As usual, the software rollout is gradual and it can take a few days, or sometimes even a few weeks, before all owners receive the update.

The release notes explain the scope fo the feature:

“Automatic Emergency Braking, a new collision Avoidance Assist feature, is designed to automatically engage the brakes to reduce the impact of an unavoidable frontal collision with another vehicle. The brakes disengage when you press hard on the accelerator pedal, release the brake pedal, or sharply turn the steering wheel.”

After the update is completed, the feature is automatically enabled by default, but owners can disable it in the collision avoidance assist section in the settings: 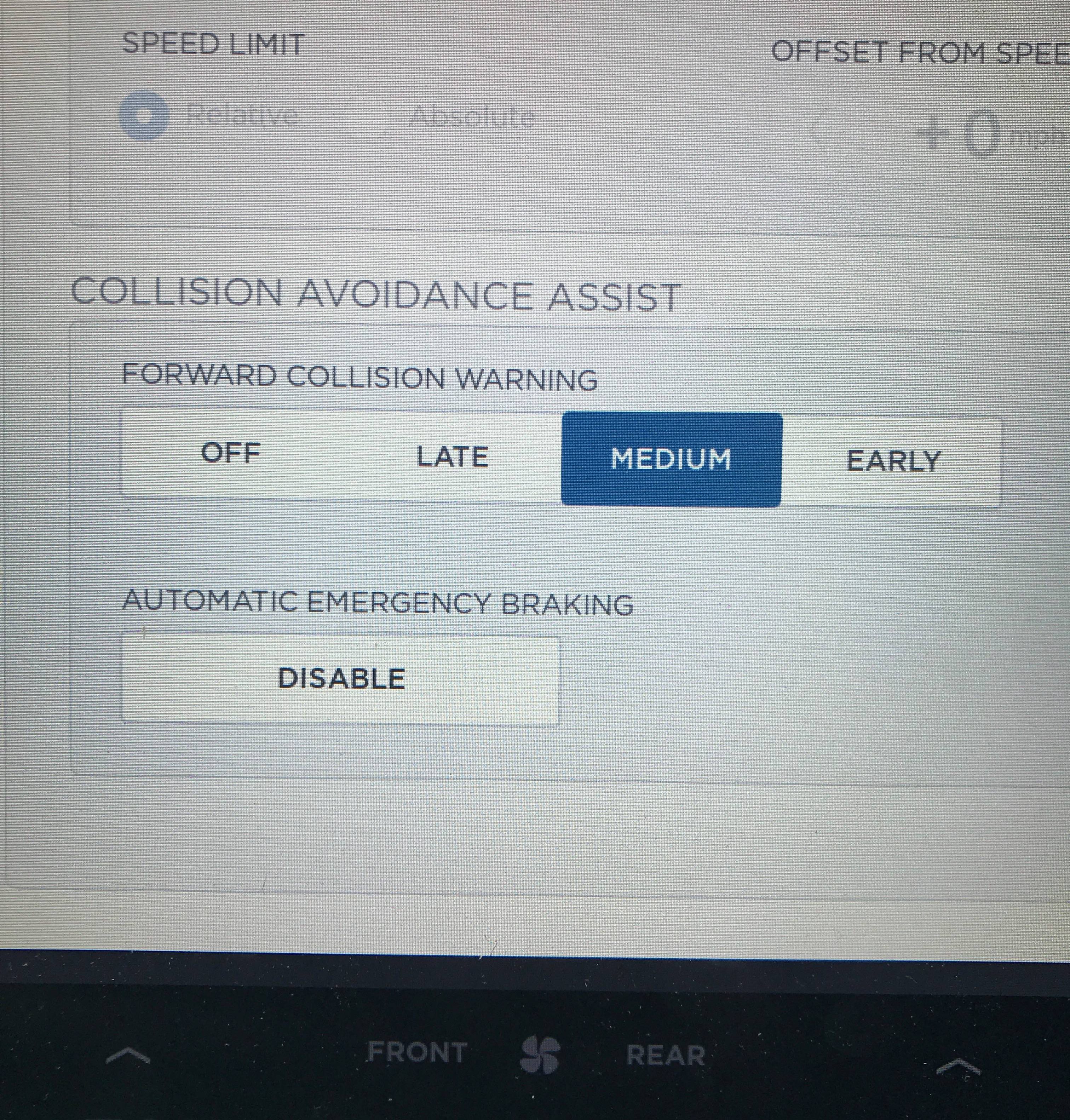 Automatic emergency braking was the last major feature available in Tesla’s first generation that the company needed to build using its own new architecture and sensor suite on the second generation Autopilot.

There are still a few other features, like automatic windshield wipers or auto perpendicular parking, that need to be implemented before Autopilot 2.0 truly reaches feature parity with the first generation, but AEB was the biggest step safety-wise.

Ironically, the feature is coming out the same day that Consumer Reports decided to lower the ratings of the Model S and X because they don’t have AEB yet. In the magazine’s defense, the AEB is technically 4 months late since CEO Elon Musk first guided feature parity in December 2016, but the timing is still suspiciously weird.

Now that AEB is out-of-the-way, the full parity would be expected relatively soon and it will enable Tesla to work on both refining all the features which should then lead to the true ‘Enhanced Autopilot’ features, like Autosteer+ and Smart Summon.