Audi is interested in giving wings to electric rallycross cars 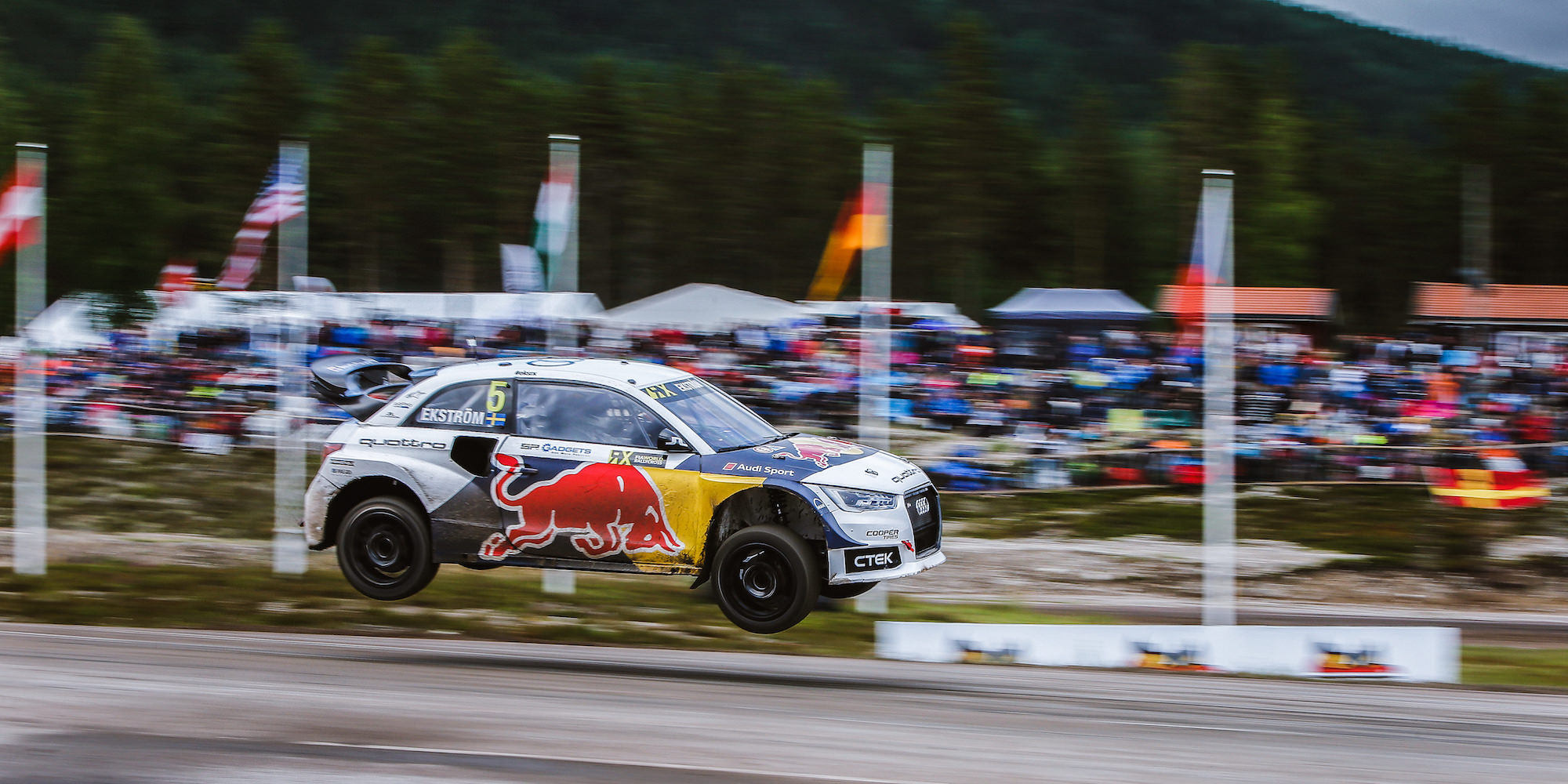 Audi has had a very remarkable and successful history in rally racing. In the early eighties, long before Red Bull came around, Audi first introduced their 4WD Quattro system and shattered the competition. Then after a number of successful years, Audi launched one of the most powerful and infamous Group B rally cars, the Audi Sport Quattro S1 . Its combination of a 4WD Quattro system, a turbocharged engine, and a carbon-kevlar body shell meant that these cars literally flew around the rally stages in the most spectacular and dangerous ways. No wings required.

Now Audi will have a go at it again but this time with electric powered rally cars. Attracted by the abundant and instant torque of electric engines, Audi motorsport boss Wolfgang Durheimer has indicated that the prospect of electrified rallycross is a very intriguing one.

“There is quite a lot of potential that rallycross will be electrified in future with a very powerful car – around 800bhp. Rallycross has a race distance that can easily be covered on battery power,” Wolfgang Durheimer from Audi motorsport told Autocar.

Back in October of last year, Red Bull announced that it would start a dedicated electric vehicle racing series in 2018 to add to its existing rallycross program. An electric rallycross championship called E/RACING will start on October 31 this year in Las Vegas.

After deciding to quit the World Rally Championship and LMP1 endurance racing series, Jurgen Stackmann of the Volkswagen Group (includes Audi), said during an interview with Autocar, that the company will keep a close eye on the electric motorsport.

Jurgen continued to say that: “The rally team exceeded all expectations by far and we have taken a decision to focus on the customer end of motorsport. We will see in the next years how we evolve, but I think there are some interesting aspects in electric motorsport. It’s a young scene, which might show opportunities in the years to come, but it is way too early to make a call on that one”.

It seems that Audi has made up its mind when it comes to electric racing with the company already participating in the Formula E Championship and now supporting the electric Rallycross. Will Audi give their electric cars ‘wings’ and make them fly like they used to? I sure hope so!

The news also comes as Audi is preparing to release its first all-electric vehicle built from the ground up: the Audi e-tron quattro.

What do you think about Audi entering the Electric Rallycross? Are you excited about Audi doing this or should they focus on bringing regular EV’s to the market instead? Let us know in the comments.