Last year, Tesla made the acquisition of the German engineering group Grohmann Engineering in order to create ‘Tesla Advanced Automation Germany’. The transaction closed in January, but we now learn that things haven’t been going smoothly since then.

Tesla co-founder and Chief Technology Officer JB Straubel visited the headquarters earlier this month to announce that the company’s founder left just a few weeks after the deal was made official.

Furthermore, the company announced this week that it will drop all other clients, among them are several major automakers, in order to focus on Tesla’s needs for the Model 3, which is apparently worrying the workforce.

During a press call following the announcement of the acquisition, Grohmann described the company’s client base:

“We have practically all the big automotive manufacturers as our clients. We also have the semiconductor producers as clients, as well as significantly large companies in the field of bio-automation and life science.”

At the time, Tesla CEO Elon Musk hinted that he would be open to continuing working with Grohmann’s clients, but he only committed to completing the current contracts:

“There are a number of existing automotive clients for Grohmann and we will, of course, honor those contracts and try to be as useful as we can to the industry as a whole in transitioning to clean energy mobility. […] If you apply Tesla’s philosophy to help the whole automotive industry in moving to e-mobility – as you may know, Tesla made all of its patents freely available just to be helpful to the rest of the industry and as a gesture of goodwill. And that’s something we expect to continue.”

Now we learn via local news outlet Südwestrundfunk (German) that Tesla is in the process of ending all relationships between ‘Tesla Advanced Automation Germany’ and its outside clients. Tesla confirmed the news and the head of the company’s workers’ council even said that they are canceling existing orders.

The reason given for the sudden change is to focus on the production of the Model 3 – something Grohmann Engineering has been involved in even before its acquisition by Tesla.

Before this week’s announcement, CTO JB Straubel was present at an employee assembly with about half of the 680 employees, mostly engineers and technicians specialized in manufacturing, on April 1st, according to local news outlet Volksfreund (German): 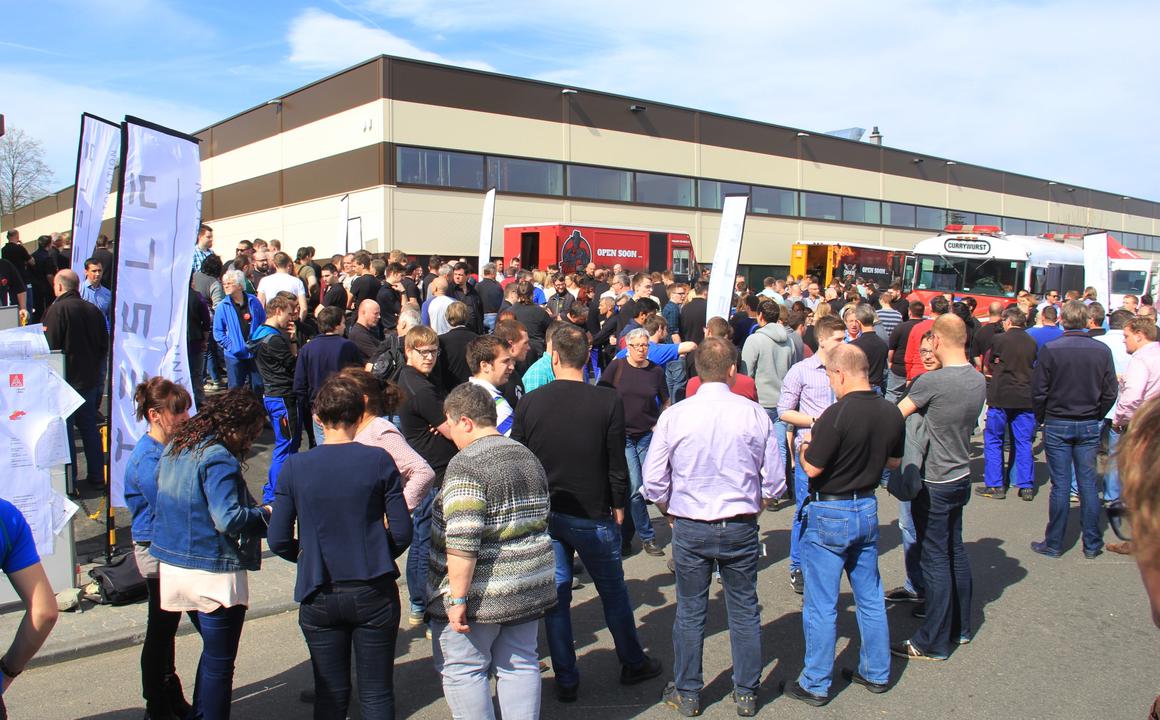 During this meeting,  the company announced that its 74-year-old founder Klaus Grohmann decided to retire.

When he announced the deal to acquire the company last year, Musk said of Grohmann, the founder of the engineering firm, that he was “one of the world leaders in highly automated methods of manufacturing”.

The company is still full of skilled engineers, but some of them are apparently worried about dropping other clients to focus only on Tesla. The head of the workers’ council said that they are excited about the prospect of working for an innovative company like Tesla, but they also liked the security of having a broad range of clients. Though the company is currently growing and Tesla currently lists a dozen engineering jobs in Prüm. The concerns appear to be more long-term.

In the past few weeks, over 100 workers decided to unionize – bringing the total to about half of the ~680 employees at Grohmann, now ‘Tesla Advanced Automation Germany’.

They are seeking a labor agreement for a compensation increase of 150 euros per month. The move comes amid Tesla being in the middle of another union push at its Fremont factory in California.

This is all happening while Tesla is trying to bring the Model 3, its $35,000 all-electric sedan, to production in July. The vehicle will be assembled at the Fremont factory, while the powertrain will be manufactured at the Gigafactory 1 in Nevada, and the engineering group is working on the production processes – or “the machines building the machines” as Musk likes to say.