The user interface of the Tesla Model 3 remains one of the biggest unknown features of the upcoming all-electric sedan. Since Tesla CEO Elon Musk confirmed that the vehicle will only feature a single center screen for all the content, reservation holders have been trying to envision the UI and we get our best look so far with the latest pictures of the new Model 3 release candidates.

We had a good look at the user interface on the center screen during the original unveiling, but the engineers giving the test rides at the time (March 2016) made it clear that it was far from final, which also contributed to the speculation that there would be something else than the screen, like a head-up display.

Musk killed any hope of that anymore and now the attention is on the center screen.

The UI looked like a version of Tesla’s 7.0 UI for the center screen of the Model S and Model X, but adapted horizontally for the 15-inch display.

Here’s the center display from the night of the unveiling and the same prototype in the daylight:

That was on a pre-alpha prototype and we haven’t seen much since aside from Musk confirming that the information will only be displayed on the center screen and the opacity of the speedometer will change:

@drmanejwala @arctechinc On center screen. Also, center screen *will* show speed as an overlay that changes opacity according to relevance.

Now that Tesla started testing the first release candidate in the wild, we get our first look at an updated UI for the Model 3. As we have been highlighting since Model 3 release candidates have been showing around, they are still testing prototypes at different stages of readiness and therefore, it doesn’t mean that any specific feature will make it to the final production version.

With this said, here’s the latest look at the Model 3 release candidate user interface via an analysis by vormstreber on /r/teslamotors of a picture from Jalopnik: 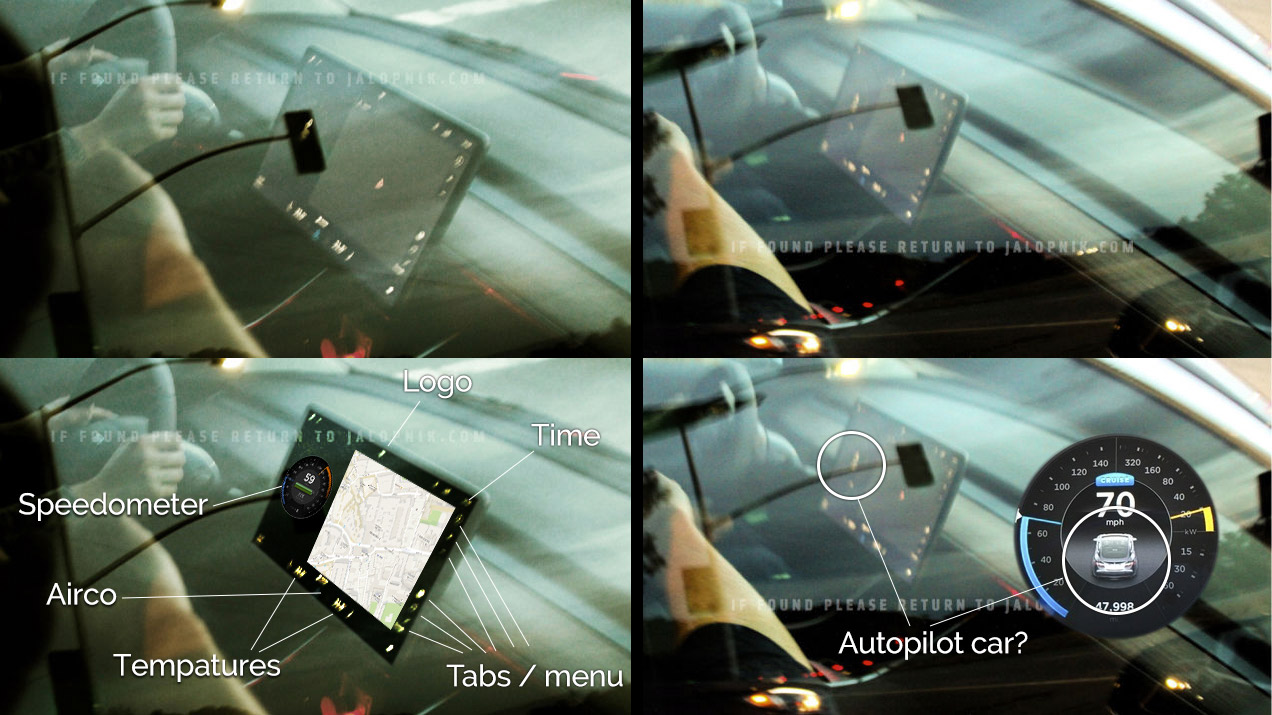 It clear that there has been some work done since the pre-alpha prototype and it does look like vormstreber is onto something about the two different sections. The proportion looks good for the left section to feature what you normally see on Tesla’s instrument cluster, like the speedometer and Autopilot renders, and the right section would feature what is normally on the center screen.