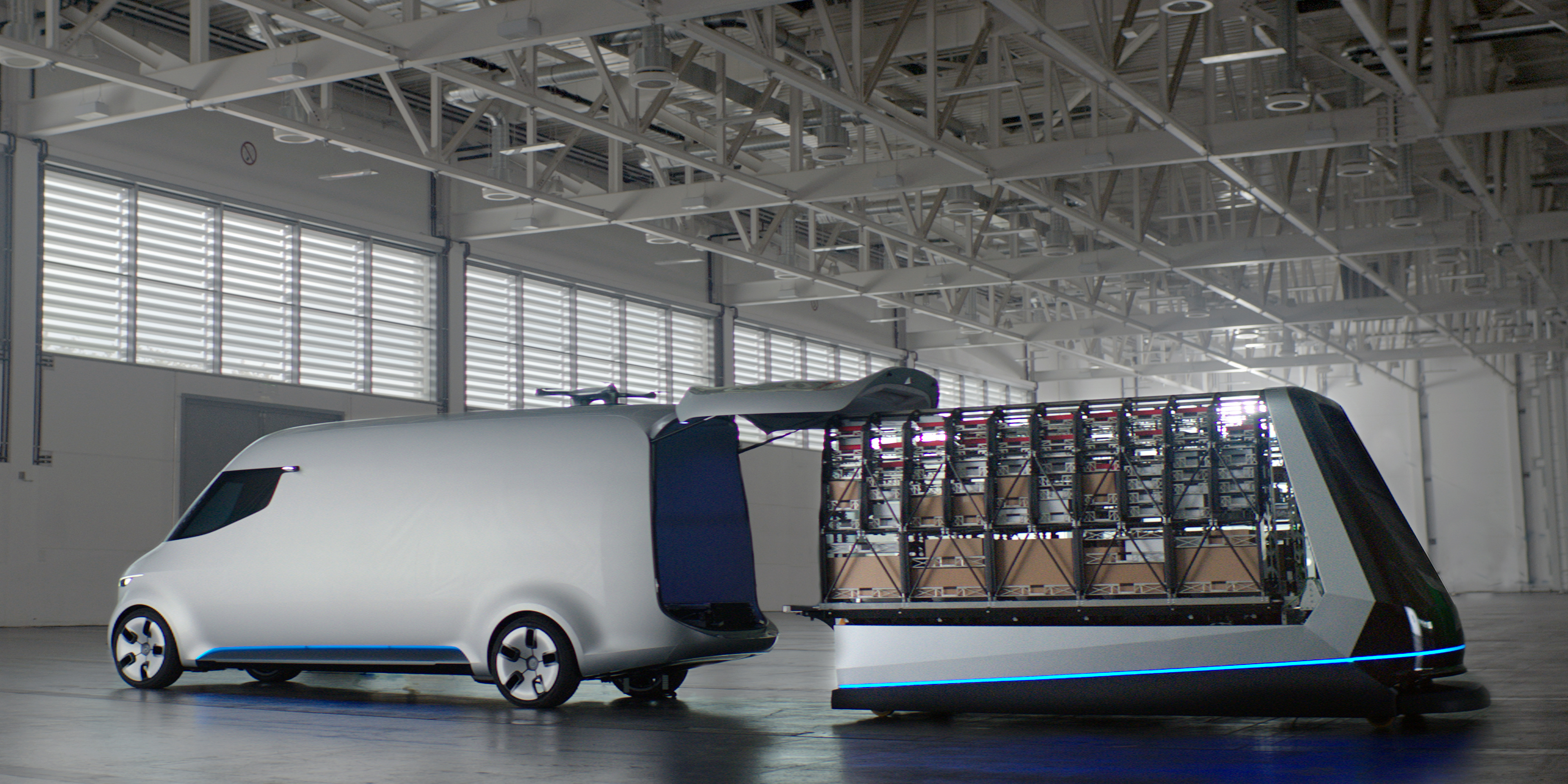 Logistic companies are increasingly finding it economical to convert their fleet to electric vehicles, especially for urban routes. Daimler is early in the segment with its Mercedes-Benz vans and it now announced an important contract that will help them kickstart the effort.

The vehicle itself was very much a concept, but Mercedes still plans to bring to production a new all-electric powertrain to its lineup of vans.

The concept was equipped with a 75 kW electric drive system and a battery pack enabling a range of up to 270 km (167 miles), which is sufficient for the majority of urban routes in the parcel industry.

For the new project with Hermes announced today, Mercedes-Benz’s Vito and Sprinter electric vans will be receiving the electric powertrain.

Here are the Sprinter (left) and Vito (right) vans:

“Electric drive is a key technology for urban transport – especially in commercial use. Last-mile deliveries must become more efficient and – in specific applications – emission-free. Last year, we announced that we will put a Mercedes-Benz electric van into series production again; our first one was in 2011. We are proud that we can already announce that Hermes will be our first customer – and with a significant number of vehicles at that. This is a specific implementation of our plans for tailored industry solutions in cooperation with our customers. Hermes requires mid-size and large vans with electric drive for its applications. We can meet both needs with high-quality, reliable and safe vehicles that set high standards also in terms of driver ergonomics.”

“Electric mobility plays a key role as part of our long-term strategy for climate and environmental protection. With this in mind, we are continuing along the path of sustainably renewing our fleet of vehicles. The strategic partnership with Mercedes-Benz is another milestone in this process. We are especially pleased to have Mercedes-Benz at our side as a prestigious partner since 1972. An important key aspect for the future is the gradual electrification of our fleet in urban areas. At the same time, we are continuing with the full changeover to low-emission Euro 6 vehicles.”

Hermes will receive the first all-electric vans in “early 2018” for a pilot phase in Stuttgart and Hamburg in Germany. Over a two-year period, the two companies will expand to 1,500, according to a press release from Daimler. It could become one of the biggest all-electric fleet in operation in Europe.