Tesla plans for the launch of the Model 3 to increase its overall production by a factor of 3 by the end of the year. The company has been betting on several expansions around its Fremont factory in order to prepare for the production ramp up.

In December, the city of Fremont approved important expansion plans submitted by Tesla, which the automaker refers to as ‘Tesla Master Plan’, back in October. The plan includes the addition of several new buildings that will almost double the size of the already giant electric vehicle factory – 5.3 million square feet to 9.9 million square feet.

Additionally, the company just finalized a lease for 3 massive warehouses located 20 miles from the Fremont plant and adding 1.3 million square feet to its operational space in the Bay Area.

In Fremont, Tesla’s growth was becoming a problem for employees who were literally not able to park their cars. It even inspired an employee to start an Instagram account highlighting the numerous instances of cars ‘icing’ electric vehicles chargers and cars blocking other cars.

As of last summer, there were 6,210 Tesla employees working in Fremont on two shifts, that number is expected to increase to 9,315 after the expansion of the Model 3.

Fortunately, the Bay Area Rapid Transit (BART) station just outside of Tesla factory, which has been 7 years in the making and about 3 years late, has finally opened this weekend.

The $800 million station is expected to help Tesla employees get to work and free up its parking lot. The company is even planning a dedicated pedestrian path to the station as part of its expansion plan:

Considering that despite currently employing two-thirds of its expected total workforce and already having parking issues, the argument could be made that the Bart station is essential to Tesla’s increasing its headcount at the plant.

Tesla also expanded in other cities in the Bay Area, including the former Solyndra manufacturing building (500,000 sq-ft), another building on Kato Road in Fremont (300,000 sq-ft) and the Lathrop facility.

Last year, they leased two buildings in the new Oaks Logistics Center in Livermore, about 20 miles from Tesla’s Fremont factory. The buildings cover 635,533 square feet and 367,734 square feet, and now they have finalized a lease on a third 294,000 square feet building, according to BizJournals. 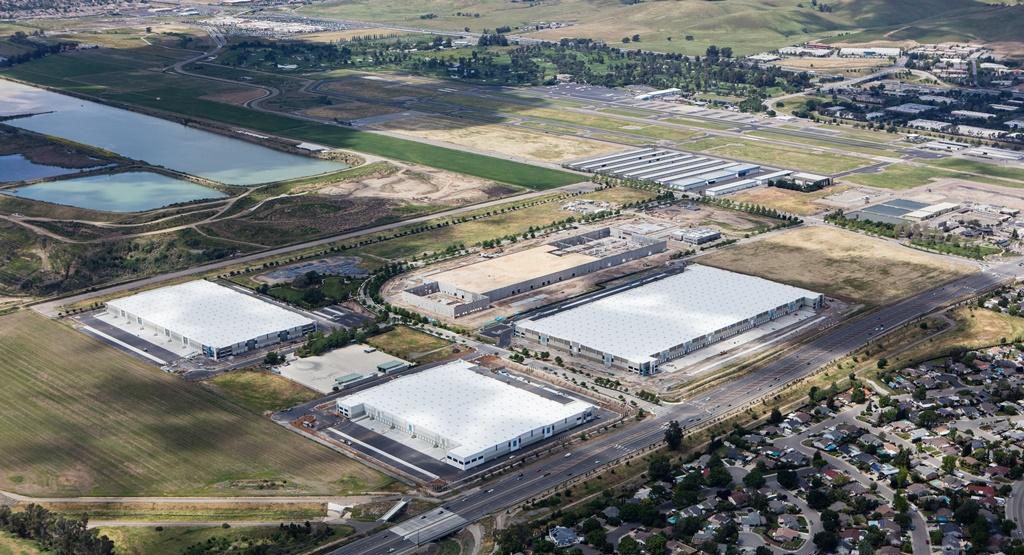 The overall lease is estimated to be worth ~$8.9 million per year.

Job postings suggest that Tesla will use the location as part of its supply chain to manage inventory parts.

The buildings are made to manage an important flow of materials, which is expected to increase with Tesla shipping Model 3 battery packs from the Gigafactory in Nevada to the Fremont factory within a few months. Tesla’s demand for the Model 3 also convinced suppliers to establish new production capacity around Fremont and the new warehouses could be useful to manage this new supply chain.