A startup insurance company called ‘Root’ is using a mobile app to track its customers’ driving habits in order to offer discounts based on performance.

They took noticed of Tesla’s crash rate being reduced by 40% after the introduction of Autopilot based on data reviewed by NHTSA and they now want to offer discounts to Tesla drivers.

We suggest to take the claims made by Root with a grain of salt. Here’s why:

First of all, they are calling it a “self-driving car discount”:

“We’re rolling out the self-driving car discount today by extending it to Tesla drivers, but soon it will be available for drivers of all self-driving cars—look for it later in 2017!”

Tesla’s Autopilot, nor any other vehicle currently available today, is currently not a “self-driving” system. It’s simply a suite of driver assist features and the person in the driver’s seat is still responsible.

Secondly, they claim to be able to detect “Autosteer-eligible highway miles”. When getting a quote from Root, Tesla drivers use the app to determine their usage of Autosteer. Here’s how they break down the process of getting the Autopilot discount:

It’s not clear how they can actually detect that the car is on Autosteer. The app can use the phone’s GPS and accelerometer, but that doesn’t guarantee Autosteer detection.

We asked Root about how they can detect Autosteer earlier this week, but we have yet to get an answer.

Tesla’s own data suggests that it is better at keeping the car at the center of the lane than manual driving so if they can truly detect it, it would indeed make sense to discount base on usage: 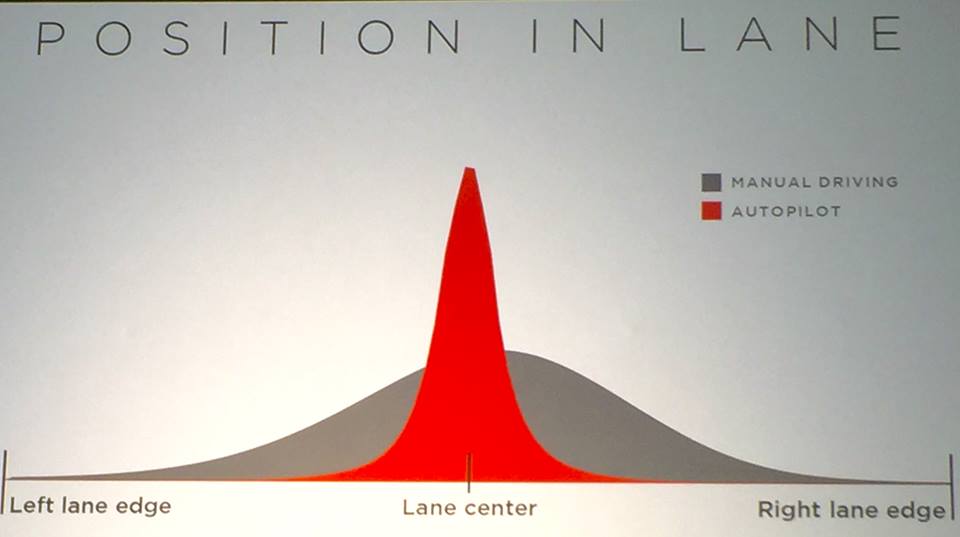 Let us know if you get a quote from Root for your Tesla because we’d like to know your experience with the process. It is only available to Ohio drivers for now, but the company claims to be expanding to other markets.

The startup’s announcement comes just a few weeks after Tesla CEO Elon Musk and President Jon McNeill confirmed that they plan to expand their own insurance program and have it match the progress of the Autopilot. Musk said that he expects that insurers will follow in making their policy compatible with the reduce crash rate of Tesla’s Autopilot.