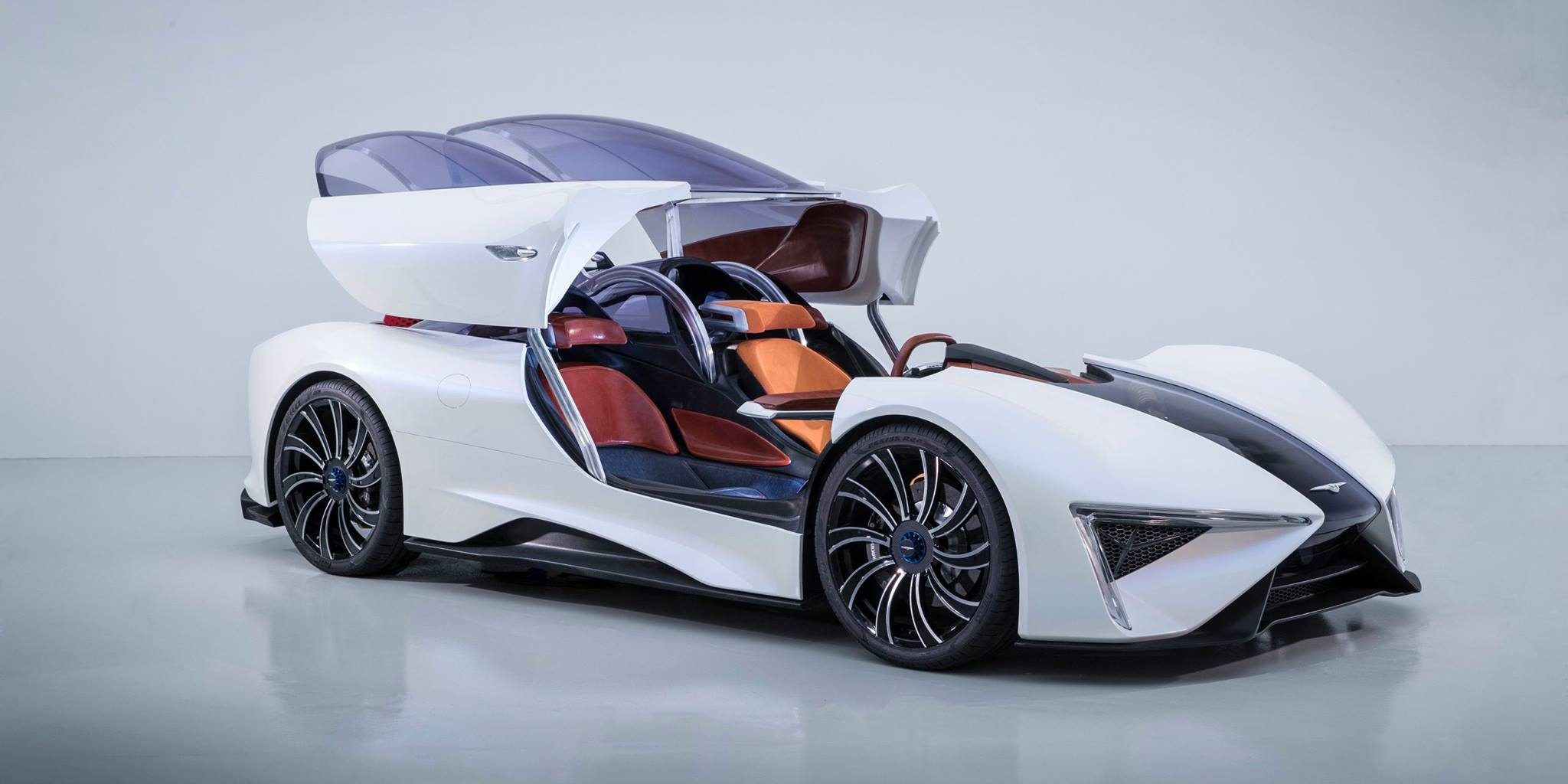 Enabled by the TREV tech, the vehicle features an impressive hybrid powertrain that can allow for over 100 miles of range in electric-only and over 700 miles total with the diesel engine.

The vehicle is called Ren and is offered in battery pack capacities of 14 kWh, 25 kWh and 32 kWh.

The overall powertrain is built as a modular configuration that can not only feature different battery packs, but also up to six electric motors.

Techrules has been testing a flagship configuration with impressive specs:

A variety of configurations will be available to tailor the powertrain to the exact requirements of the customer. The flagship version – with a battery capacity of 25 kWh and with two motors at the front and four at the rear – delivers maximum power of 960kW (1,287 hp/1,305 ps) with a range of 1,170 km from 80 litres of diesel fuel (NEDC).

That’s roughly 100 miles of electric range and over 700 miles with the diesel engine and the Turbine-Recharging technology.

Here’s the prototype that they have been testing:

The final version of the vehicle features a lightweight chassis that has been designed L.M. Gianetti of Turin and the overall design was the brainchild of renowned automotive designers, Fabrizio and Giorgetto Giugiaro:

“The aerospace-inspired design is optimised for aerodynamic efficiency, with a striking modular three-cockpit design that has been crafted by world-renowned automotive designers, Fabrizio and Giorgetto Giugiaro. A sense of drama is assured by the distinctive fighter jet-style canopy that rises up to enable occupant access and futuristic elements such as the front laser headlights and ‘star-burst’ reversing LEDs.”

Here’s the result unveiled in Geneva this week:

William Jin, the founder and CEO of Techrules, said about the announcement:

“Thanks to the unique modular design of the Ren chassis and powertrain, we have a perfectly engineered vehicle to deliver our TREV technology in the most efficient way, according to the exact requirements of the customer. Techrules is introducing a luxury electric supercar with great dynamic performance that is more environmentally friendly and more convenient than anything comparable on the market today.”

The Ren is the first vehicle to feature Techrules’ powertrain technology and while they plan to take the million-dollar vehicle to production in low volume in China as soon as next year, the goal is to leverage the technology for other vehicles.

William Jin wants the company to use the TREV technology in mass market SUVs, sedans, and even compact cars in the future.