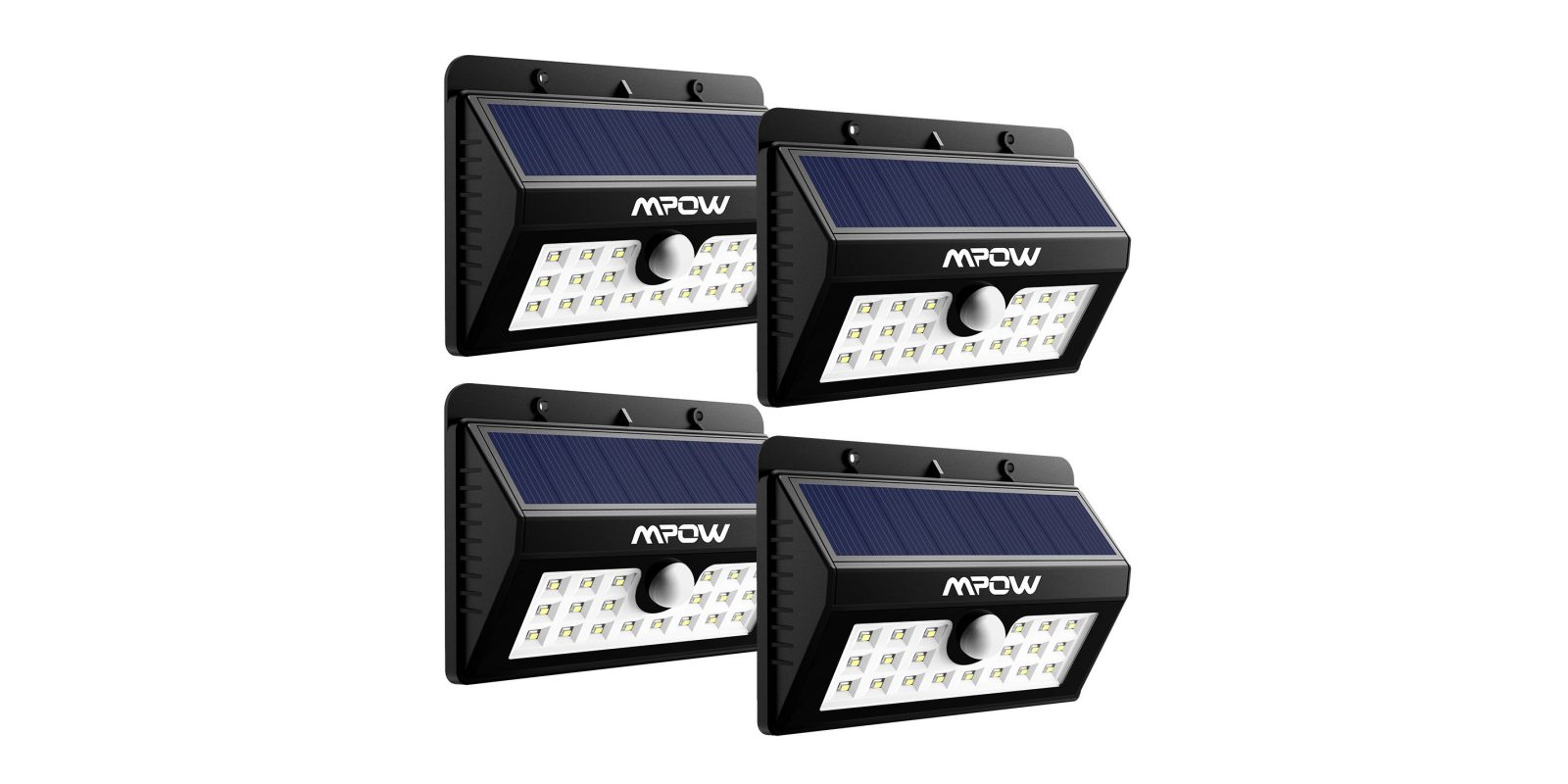 Patozon (99% positive feedback from 103,000+) via Amazon is offering a 4-pack of Mpow 20 LED Outdoor Solar LED Lights for $56.99 shipped when promo code HKF48AG8 is applied during checkout. That’s $15 off the regular price, a match of our previous mention and the best offer currently available.

These solar LED lights are an easy way to add a little extra illumination to your driveway or garden path without worrying about batteries. Each model is IP64 certified against water and features three lighting modes plus a 26-foot sensor. Rated 4.5/5 stars by over 830 Amazon customers.

This Mpow light is now equipped with 20 bigger LED lights, which is far more brighter than other similar LED lights in the market. And what’s more, we increase the battery capacity from 600mAh to 1500mAh, thus getting some two more hours’ duration. When received this Mpow Solar LED Light, you will find distinct difference compared to its previous version or similar lights in the market, We update the PIR motion sensor and ray sensor, so it becomes more powerful that it can detect people’s coming within 26 feet!

The colorful puzzler Linia w/ more than 80 levels is now available for free on the App Store (Reg. $2+)

Give your iPhone 7/6/s/Plus, iPad Pro or Apple Watch a new case for $4 Prime shipped

Anker’s best-selling 2-port Wall Charger is the one Apple should’ve made, on sale for $7.50 Prime shipped