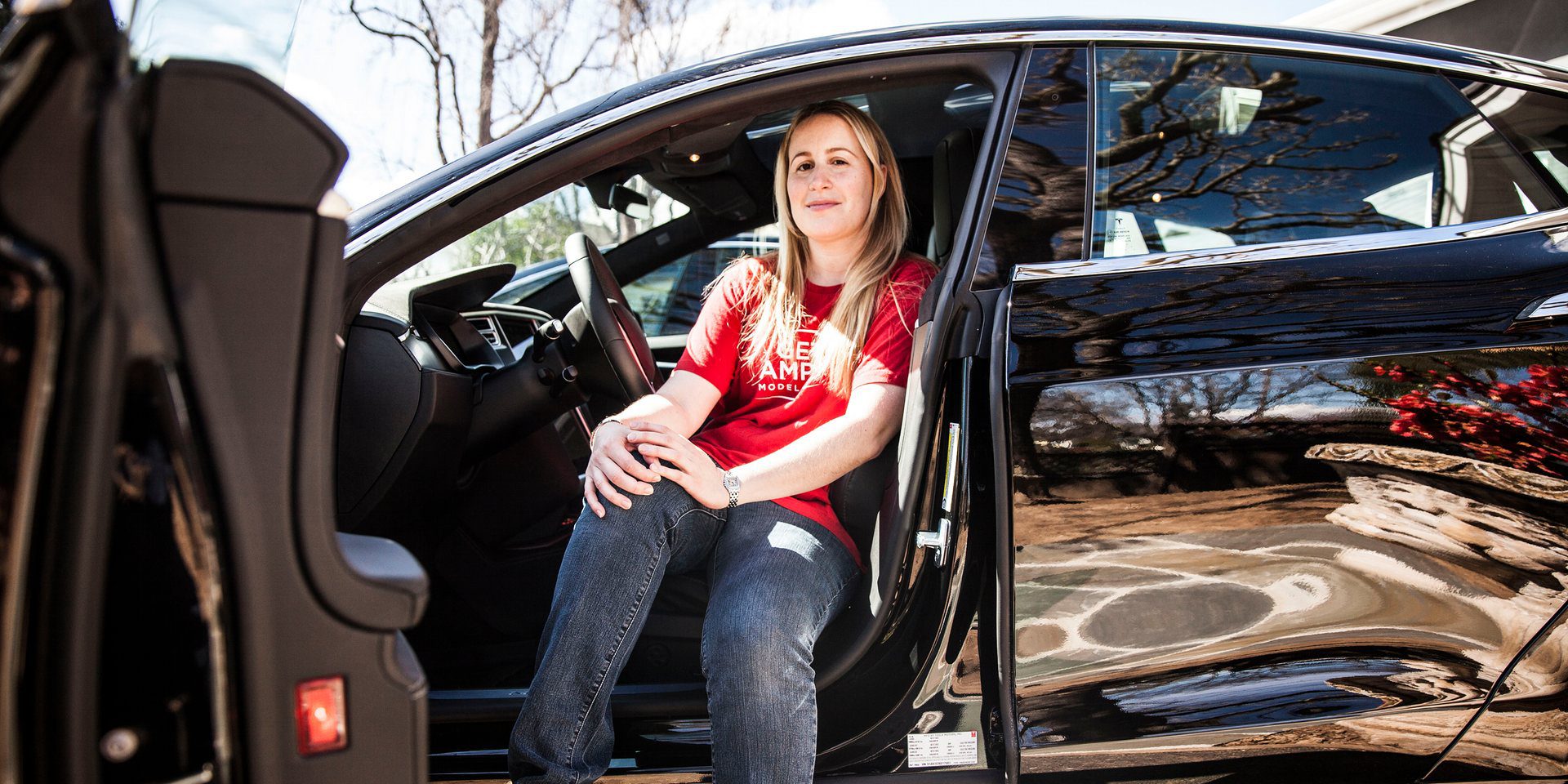 Update: Tesla responds to allegations of discrimination made by a female engineer, 3rd party review found no wrongdoing

Tesla is the latest company accused of sexism in Silicon Valley after the seemingly rampant problem in the tech industry came back into light last week following similar allegations at Uber.

AJ Vandermeyden, an Operations Commodity Manager at Tesla, filed a lawsuit for “ignoring her complaints of “pervasive harassment”, paying her a lower salary than men doing the same work, promoting less qualified men over her and retaliating against her for raising concerns.”

In an interview with the Guardian today, Vandermeyden shared her version of the story alongside the lawsuit, which she filed last fall and is led by her lawyer Therese Lawless.

Lawless led several similar cases in Silicon Valley including the case of former Reddit CEO Ellen Pao, who filed a discrimination lawsuit against her former employer, venture capital firm Kleiner Perkins Caufield & Byers, who decided to go to trial and ultimately the jury found in favor of Kleiner Perkins on all counts.

Vandermeyden’s claims are somewhat different. Like Pao, she also claims to have been denied promotions while men were held to lower standards, but she also alleges that there’s a hostile work environment for women in the factory.

In her lawsuit, Vandermeyden, 33, described what she refers to as “pervasive harassment” taking the form of catcalling and using inappropriate language on the factory floor in Fremont, where she worked in 2014 and 2015.

She has since moved to a role in the purchasing department and still works at Tesla today: 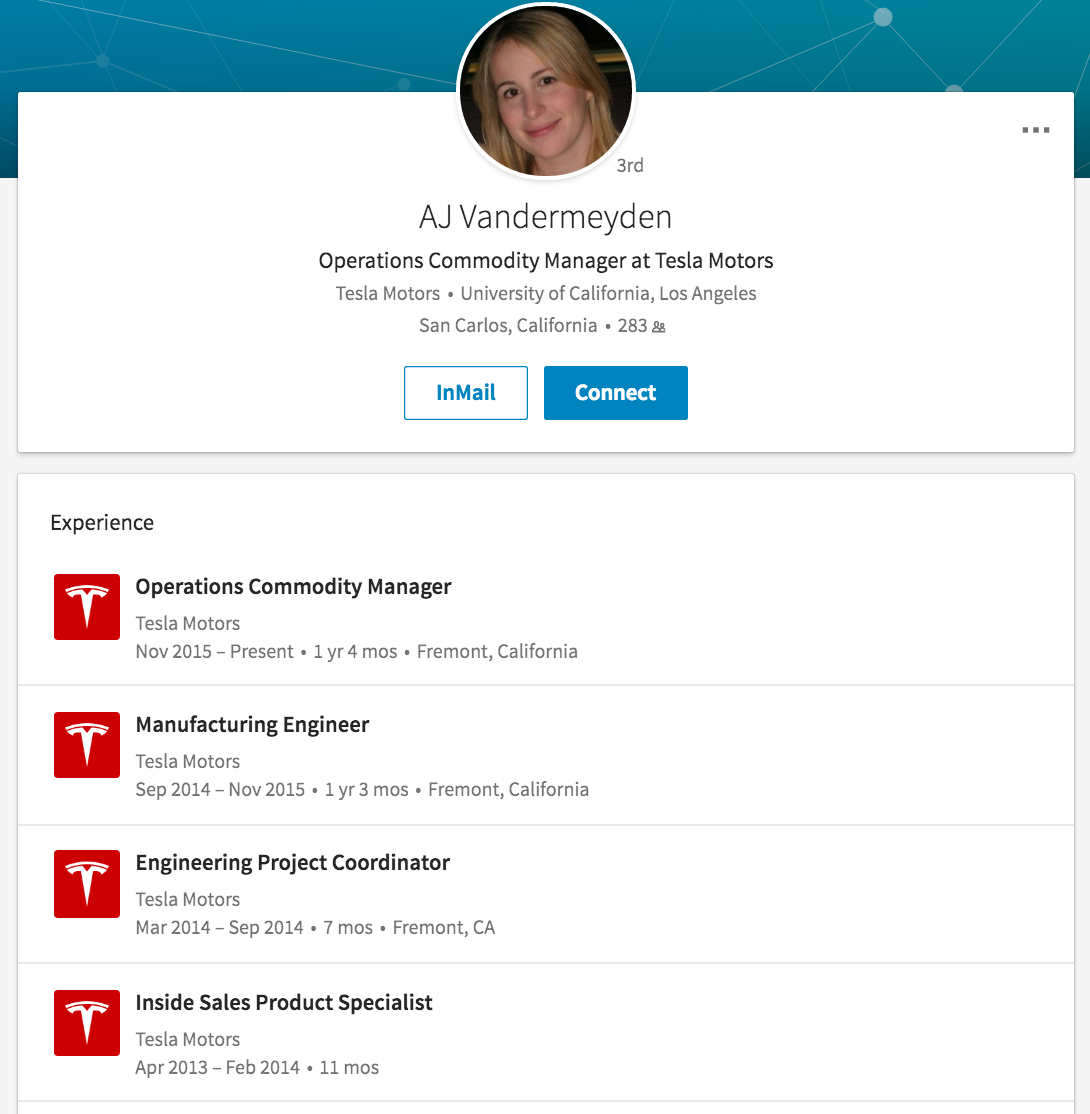 She claims to have brought up the sexual harassment to HR, but that they were not helpful.

Vandermeyden’s complaint highlights events where she claims to have raised concerns over “inadequacies in the quality testing” of Tesla’s cars, which “supervisors and male engineers had missed.”

Furthermore, she alleges that her whistleblowing led to being blocked from promotions. The Guardian reports:

“But her objections about sexual harassment and unequal pay only caused her more trouble, according to her complaint. The lawsuit alleges that after she raised concerns in the fall of 2015, management told her that in order to advance her position, she needed to achieve a performance standard in the factory that was unattainable and not expected of male engineers.”

Tesla refused to directly comment on Vandermeyden’s claims, but the company said in a statement:

“As with any company with more than 30,000 employees, it is inevitable that there will be a small number of individuals who make claims against the company, but that does not mean those claims have merit,”

Following recent allegations of poor working conditions at Tesla’s Fremont factory, CEO Elon Musk admitted that management was “in poor shape” a year ago, but that was more about their ability to scale:

“I’m doing an investigation right now. Fremont production management was in poor shape and not able to scale about a year ago. I think we’ve made a lot of progress since then. If there are areas that you are hearing are still not great, I would love to hear feedback on that,”

Musk later addressed all Tesla employees in an email we published last week following his investigation. Although he addressed the working conditions at the Fremont factory, it wasn’t directly about any of the allegations made by Vandermeyden.

The engineer, who claim in her suit to have suffered “mental distress” and “humiliation”, is still working at Tesla and recently bought a Model S.

Update: Tesla sent us the following statement regarding Vandermeyden’s claims:

“Tesla is committed to creating a positive workplace environment that is free of discrimination for all our employees. Ms. Vandermeyden joined Tesla in a sales position in 2013, and since then, despite having no formal engineering degree, she has sought and moved into successive engineering roles, beginning with her work in Tesla’s paint shop and eventually another role in General Assembly. Even after she made her complaints of alleged discrimination, she sought and was advanced into at least one other new role, evidence of the fact that Tesla is committed to rewarding hard work and talent, regardless of background. When Ms. Vandermeyden first brought her concerns to us over a year ago, we immediately retained a neutral third party, Anne Hilbert of EMC2Law, to investigate her claims so that, if warranted, we could take appropriate action to address the issues she raised. After an exhaustive review of the facts, the independent investigator determined that Ms. Vandermeyden’s “claims of gender discrimination, harassment, and retaliation have not been substantiated.” Without this context, the story presented in the original article is misleading.”

Featured Image:  AJ Vandermeyden sits in her Tesla outside her family’s home in San Carlos, California. Photograph: Ramin Talaie for the Guardian