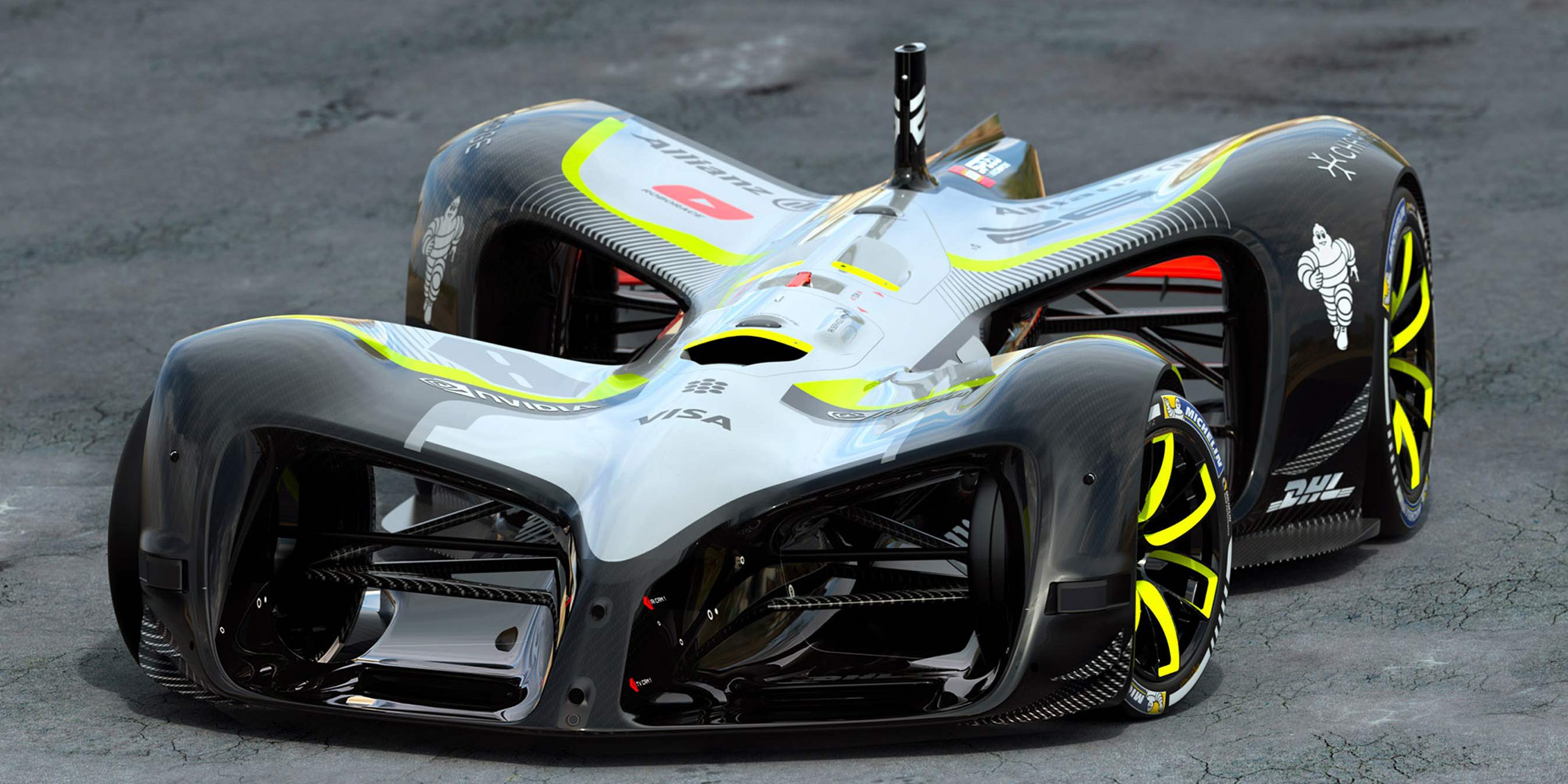 In Barcelona today for the MWC 2017 Mobile Conference, Roborace unveiled the final version of its all-electric and self-driving racecar: robocar. It’s the vehicle that will be used for the self-driving racing championship that will take place before the ePrix of the Formula E later this season.

The new vehicle is the more polished and without cabin version of the ‘DevBot’, which raced in public for the first time last week. As we reported, the driverless cars reached an impressive top speed of 115 mph, but one of the two vehicles crashed and didn’t finish the race.

The final version of the Robocar, which was designed by Daniel Simon, the man behind the design of Tron’s light cycle bike, features significantly higher specs than the prototypes.

It can reach a top speed of 199 mph (320 km/h), according to Roborace CEO Denis Sverdlov. It’s not only impressive for an autonomous vehicle, but also for an all-electric vehicle.

It’s equipped with four 300 kW motors – one for each wheel – and weighs about 2,149 pounds (~ 975 kg). The fact that it has absolutely no cabin or safety feature related to passenger safety is excessively helpful in reducing weight and therefore, increasing power and range. Here’s the final design unveiled today:

They had already confirmed the sensor suite for autonomous driving last year when unveiling the first prototype: radar and lidar antennas in the front, back and sides. It’s also equipped with front-facing cameras and a 360-degree camera in a small tower at the back of the vehicle. The whole system is powered by Nvidia’s new Drive PX 2 self-driving computing platform.