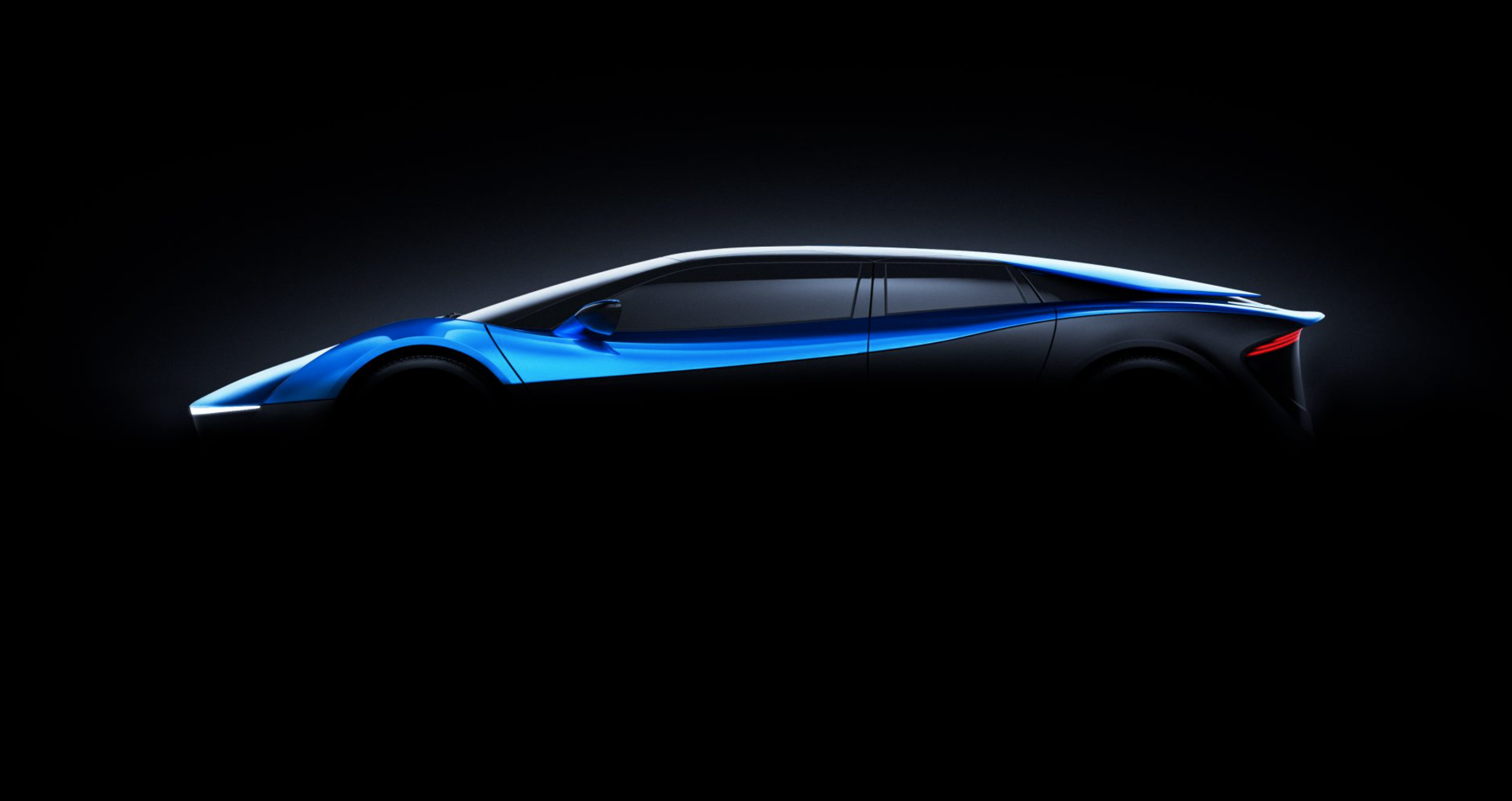 Another day, another electric supercar concept.  This time the effort is being headed by a small Swiss design company, Classic Factory, founded in 2009 by designer Robert Palm.

So far, all we’ve seen is a teaser image and a few stats.  The car will have “4 seats/4 doors/4-WD” and be capable of 0-100km/h (0-62mph) in under 2.3 seconds.  The design company is Swiss, but has contracted a German company “specialized in low-volume manufacturing with the highest quality imaginable.”

Classic Factory seems to be primarily an automotive/industrial design company and is approaching this as a boutique coach building effort.  There is a long history of such things in the automotive industry, and they usually command a high price.  But also, practicality is not generally a major concern for these low-volume design exercises, so it’s puzzling that this car would have four seats and four doors, instead of the traditional two of each.  It’s hard to sell a lot of two-door cars, but since the company only plans to build 100 of them, they ought to be able to find a market of people looking for something impractical.

There’s no indication that the company has any grander designs on mass production in the future, unlike the various well-funded EV startups like Faraday and Lucid.  They’re also filling a different niche than Rimac, who are lower production and seem more engineering-focused, including providing engineering services for racing and other automotive companies.  Of course, Tesla started off similarly, with an expensive low-production electric supercar, with hand-built manufacturing outsourced to another small manufacturer.

The company is expected to showcase the first prototype at the 2017 Geneva Motor Show in the coming weeks.