There’s a big hole in the middle of the parking lot of SpaceX’s headquarters in Hawthorne, California. CEO Elon Musk already announced that it would be used to test new digging techniques under development by his new ‘Boring Company’ in order to increase tunneling speed.

Musk has now elaborated a little more on his plan for the new company and on the first hole in Los Angeles, which he described as the beginning of a ‘vast underground transportation network’ for cars and the hyperloop.

Since the digging started during SpaceX’s Hyperloop Pod Competition, some people speculated that Musk’s new venture in tunnels would have something to do with enabling the new mode of transportation, which Musk now says is correct.

Musk sees tunnels as a solution to traffic in urban areas and a way to bring transportation into the three-dimensional world – like buildings. He wants tens of tunnel levels underneath cities to compensate for people living and working in buildings tens of stories tall.

In an interview with Bloomberg’s Max Chafkin, Musk said that one of those levels could be used for the high-speed mode of transportation he first envisioned in 2013 and that is now being developed by companies like Hyperloop One.

Chafkin described the hole as “at least 15 feet deep and more than 50 feet wide.” Musk plans to go down to about 50 feet before starting to dig horizontally in order not to disrupt any gas or sewage line. There they will be able to experiment with new digging technologies build on current boring machines.

When he was being interviewed earlier this month, Musk was considering buying a used boring machine made by the German company Herrenknecht:

“The machine is 26 feet in diameter, about 400 feet long, weighs 1,200 tons, and is nicknamed Nannie. It’s been used by Washington’s water utility to dig a tunnel to prevent sewage from overflowing into the Anacostia River. New machines normally cost at least $15 million, but a decade of frantic subway construction in China has created a glut, and lightly used models can be had for 90 percent off sticker.” 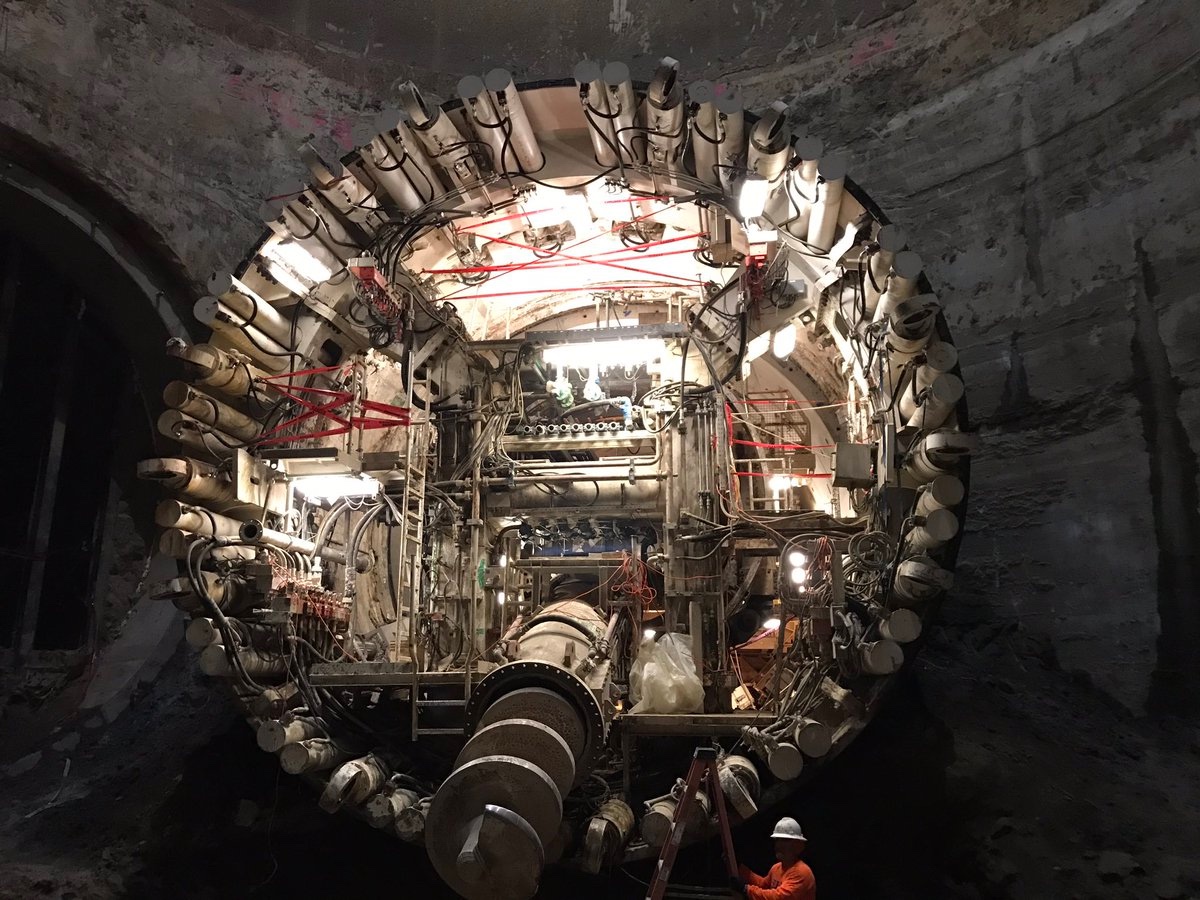 He plans to make improvements to the speed of the machine with new designs, better materials and more power. It is currently able to dig about 300 feet per week, but Musk wants to bring that up to 1 mile per week,

Musk also confirmed that the new ‘Boring Company’ will not be a subsidiary of Tesla or SpaceX, but its own independent company, though he did put senior SpaceX engineer Steve Davis in charge of the project.

While digging up to 30 levels of tunnels underneath cities might sound like a crazy project, Musk highlights how it’s not crazier than Silicon Valley’s own go-to solution to traffic; flying cars.

The full interview appears in this week’s edition of Bloomberg Businessweek: 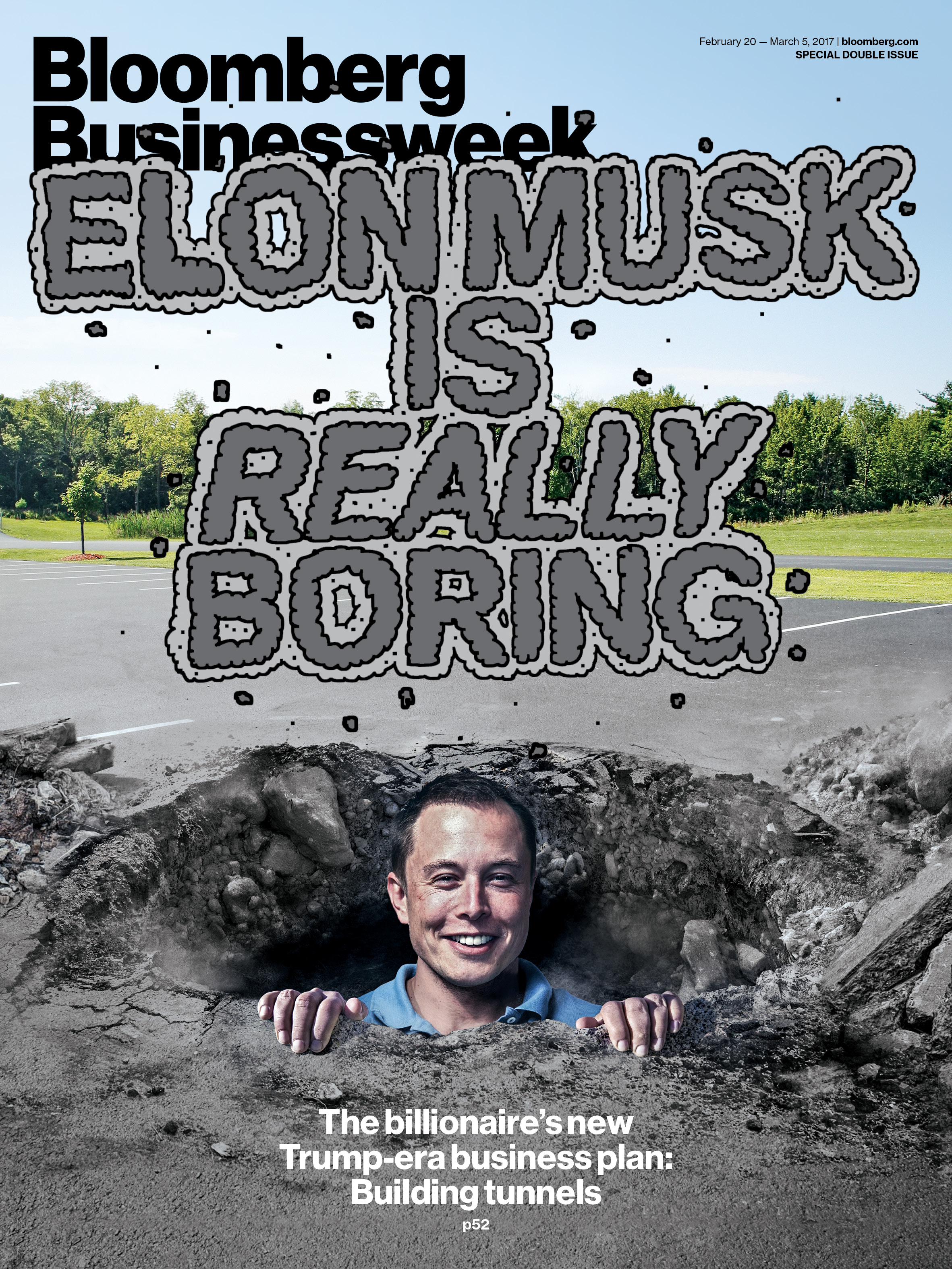