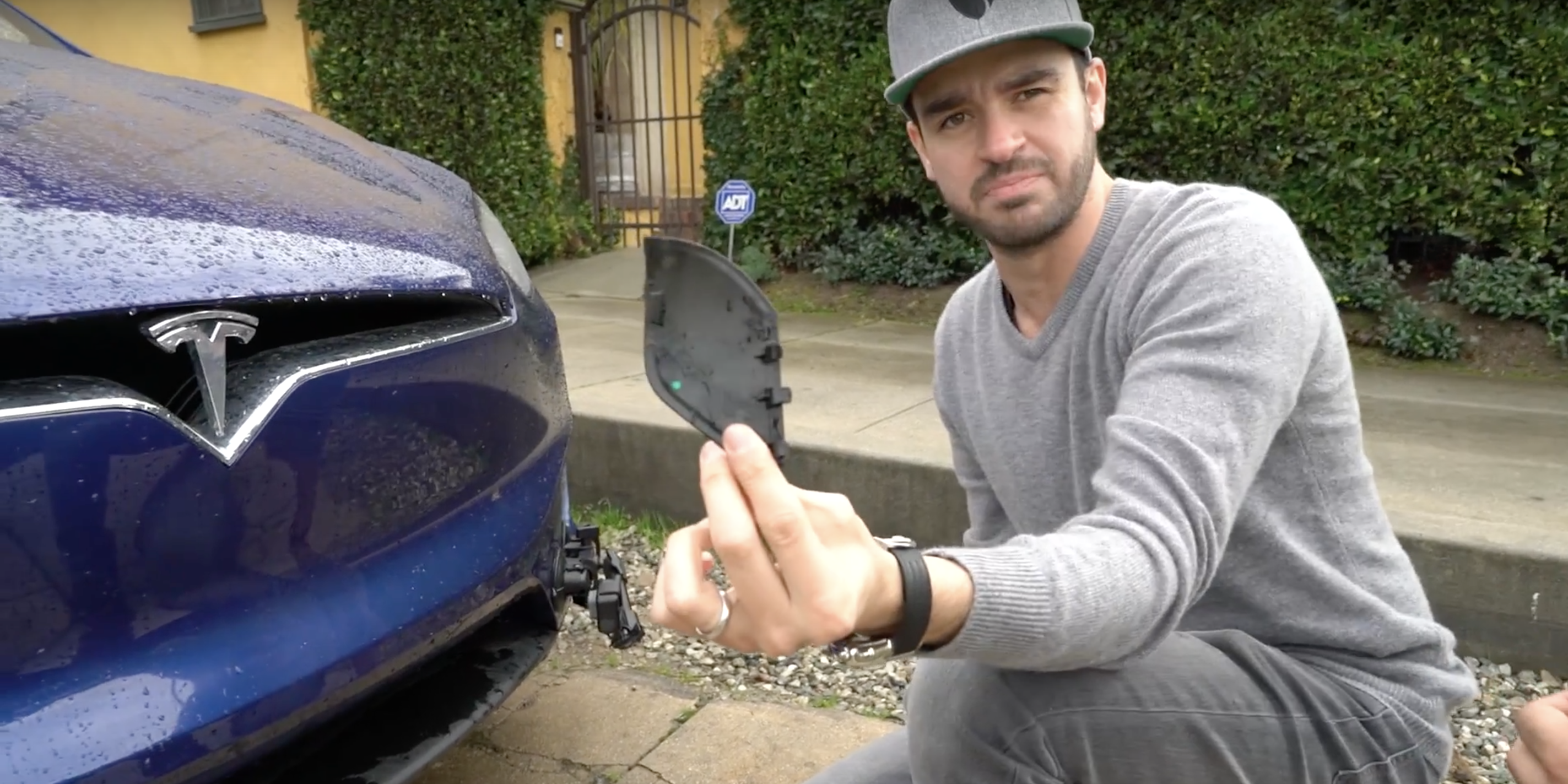 Yesterday, I was surprised to see that people were somehow making a big deal about the fact that the front trunk, also known as the ‘frunk’, of the Model S and X can be opened without the key.

I thought it was something widely known among Tesla owners, but a popular Youtuber made an insipid video about it called ‘Tesla’s Insane Security Flaw‘ and Jalopnik jumped on it. There’s a good reason why the “security flaw” exists.

There is a hidden release to open the frunk. It’s located in the front bumper for Model X and behind the front wheel for Model S.

It’s only a “security flaw”, as some people are claiming, if owners don’t know not to keep valuables in the frunk, but it’s something that Tesla warns not to do. I have personally witnessed Tesla delivery specialists warning new owners during delivery.

The hidden release is actually not a “security flaw”, but a “safety feature” necessary for first responders to access the frunk where they can in turn access the cut loop to shut down the high voltage system in the vehicle:

We got a good look at it in our post last year: Behind the scene look at how firefighters disable a Tesla battery while extinguishing a Model S fire.

It’s obviously an important feature to let first responders cut the power if they need to cut through the vehicle. As long as owners are aware of it, it’s hardly a “security flaw”. But if Tesla is not telling every owner (and maybe they missed a few based on some reactions to the video) and people start publicizing how to unlock the trunk without the key, it could become a problem. Though the alarm still goes off as an imperfect last resort solution.

Check this video 10 minutes in:

Here’s the Youtuber’s video that started it yesterday: