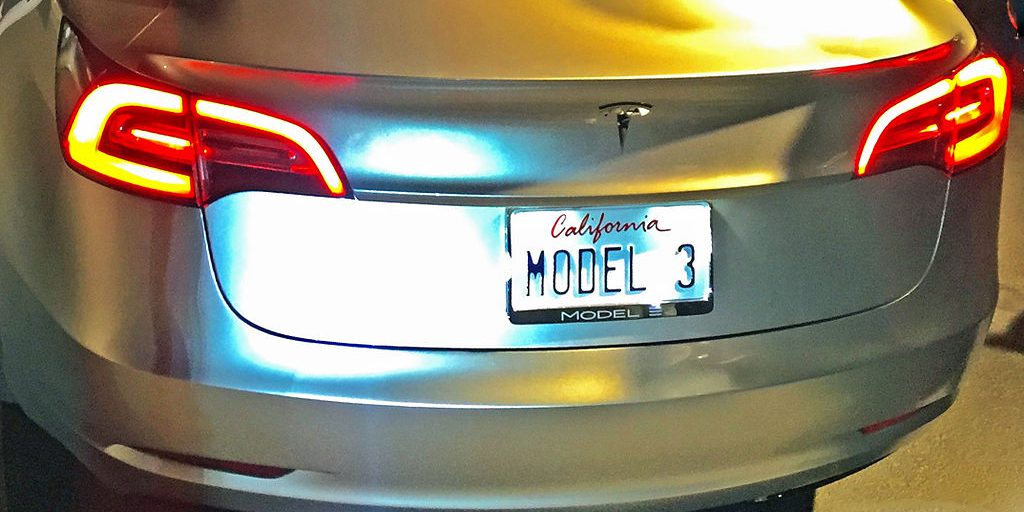 As we reported last month, Tesla changed the branding of the Model 3 on its website from the original three horizontal lines (☰) to represent the ‘3’ in favor of a numeric ‘3’.

At the time, it wasn’t clear if it was a definitive sign that Tesla is going with that branding for its upcoming $35,000 all-electric sedan, but CEO Elon Musk has now confirmed it.

Musk took three coffees on Sunday morning and took to Twitter for one of his longest Tweetstorm in a long time.

Unfortunately (for us Tesla enthusiasts), it was mostly about the U.S. justice system of which Musk is apparently a big fan of, but myself and a few others tried our best to steer the conversation back to Tesla.

Admittedly, we didn’t get much out of the CEO, but he did confirm that last month’s change in branding is the new Tesla logo for the Model 3:

Tesla is clearly going against most people’s preferred branding – at least according to our own unscientific survey. Though the results are pretty clear.

A very strong majority of the more than 10,000 readers who answered our poll over which branding it preferred chose the 3 horizontal lines: 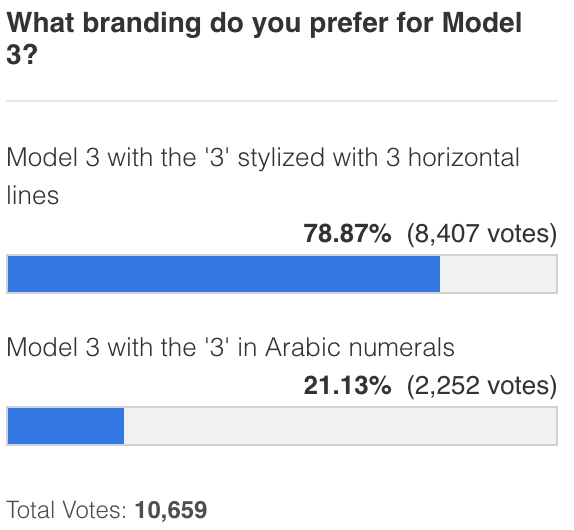 The 3 lines style made it look closer to the original ‘Model E’ name since Tesla is using it for the ‘E’ in its company logo and of course, it completed its ‘SEX’ vehicle lineup. And eventually, ‘SEXY’ lineup with the Model S, X and upcoming Model Y.

People apparently don’t want Tesla to give up on ‘SEX’.

But that’s nowhere close to what is most important for Model 3 reservation holders. Tesla needs to bring the vehicle to production as soon as possible in order to satisfy the more than 400,000 people who placed a deposit to keep their place in line.

The automaker is planning to start production in mid-2017 for deliveries to start soon after – starting with the US west coast and moving east from there.