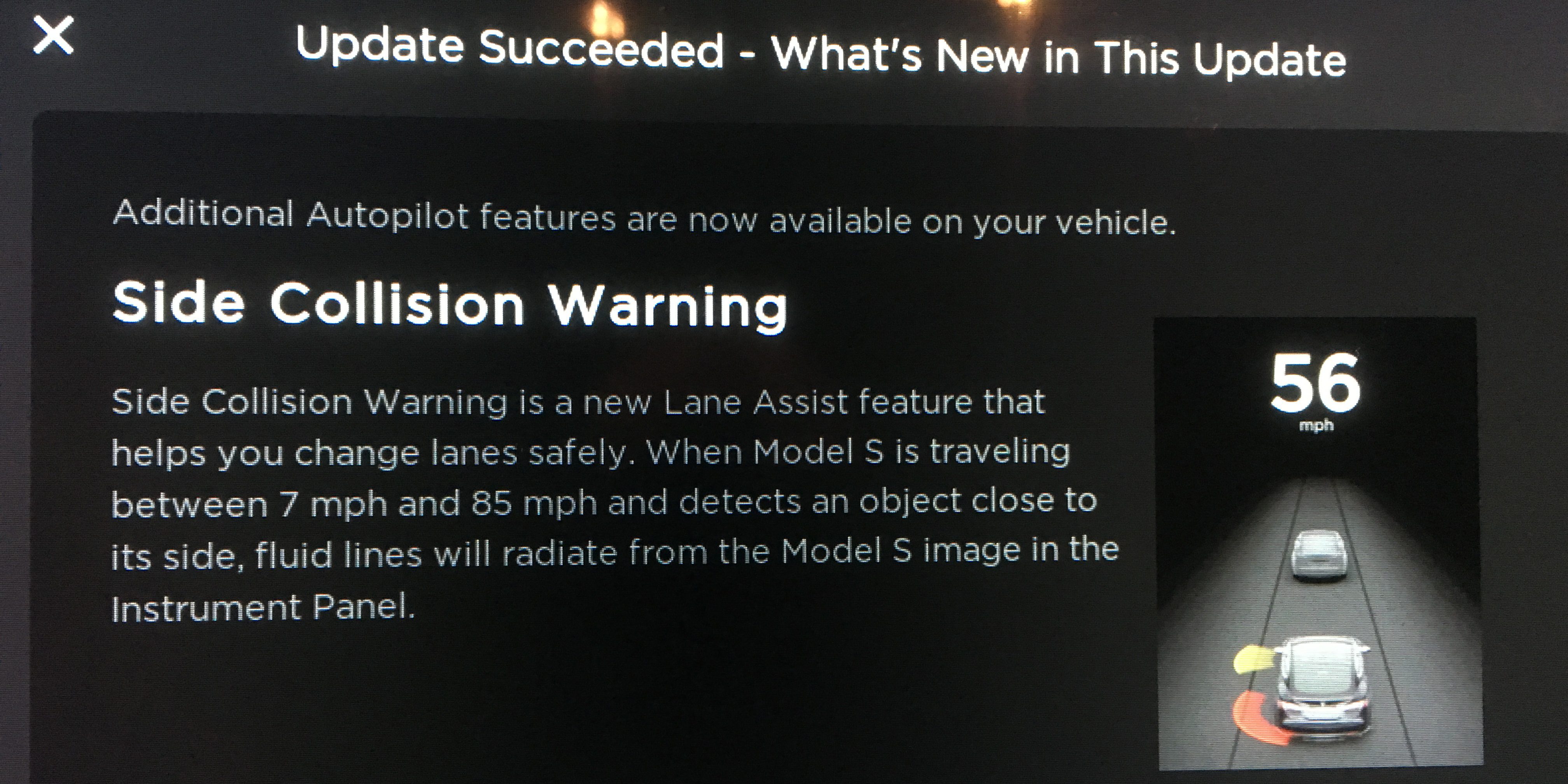 A month after starting to push the first phase of ‘Enhanced Autopilot’ to the first 1,000 vehicles and a few weeks after releasing it to the whole fleet, Tesla has now started pushing a new update to improve on the new Autopilot.

Owners of Tesla vehicles with the second generation Autopilot hardware started receiving the update v8.0.17.5.28 over the weekend.

The new update is lifting the speed restriction on the Autosteer feature from 45 mph to 50 mph.

It’s still significantly below the first generation Autopilot’s top speed when traveling on divided highways, but Tesla is still improving on the system as it accumulates more data from the fleet with the new Autopilot hardware.

Here are the new release notes (credit for the pictures goes to Tesla owner Kendall Cain):

As you can see, the release also includes ‘side collision warning’. It’s a useful safety feature, especially when changing lane on a highway.

The same feature on the first generation Autopilot was credited in helping avoid some potentially serious accidents – some of them caught on dashcam:

Tesla is still working on adapting its existing Autopilot features on its new hardware introduced last October and its own ‘Tesla Vision’ image processing system. The next few updates will still be about bringing those features to parity with the first generation Autopilot as more data is collected from the fleet and from there, Tesla will be able to introduce new features fully utilizing the more advanced hardware and software.