Tesla created new accessories and custom products to give out as prizes for the last few rounds of its referral program, which offers a $1,000 discount to new buyers using a referral code from a current owner, who in turn receives prizes depending on the number of referrals they get.

The automaker was about two rounds (6 months) of the program behind in giving out some of the prizes, but they’ve finally started shipping and the biggest prizes are still to come.

The biggest prizes, or at least the ones requiring the most referrals, were invitations to upcoming Tesla product unveiling events and random drawings to win a Tesla Model X. Tesla only contacted the winners of the drawings and the events haven’t been announced yet.

But as far as the biggest custom product that you can win directly through referrals, it was a set of new 21″ custom Arachnid wheels. It was offered in the previous two rounds of the program and owners who won the prize have been contacted and the new wheels should go into production in the comings weeks for deliveries to start soon after.

The new Arachnid wheels are made in aluminum and Tesla claims that they offer “improved performance and are not available for purchase.”

Considering Tesla’s standard 21″ sets of wheels start at $6,000 and that the prize includes summer performance tires and installation, those could have a significant value when you take into account the exclusivity factor.

Other products made exclusively for the referral program include new Tesla bags and owner’s jackets. 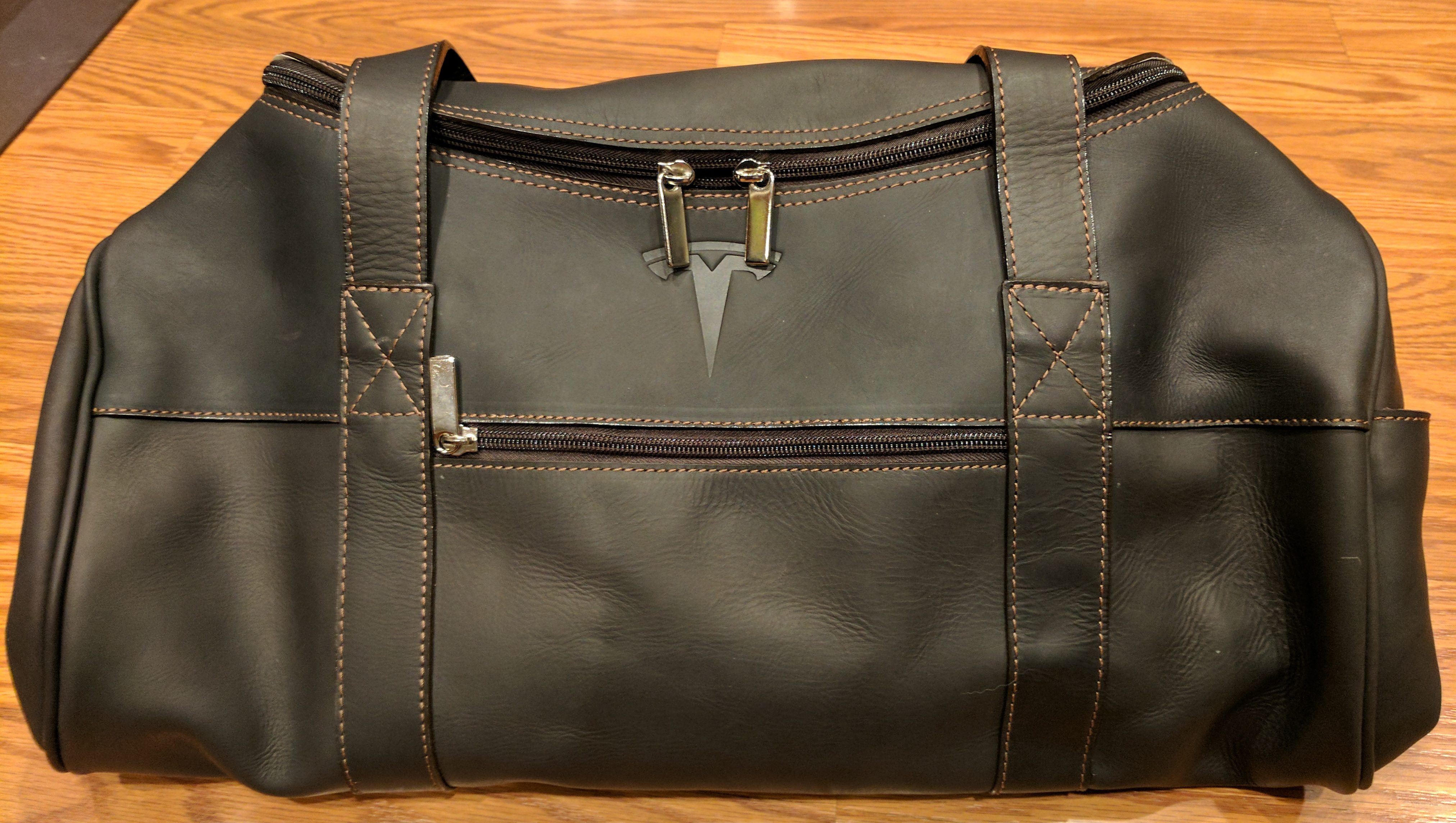 Tesla is making its leather accessories using automotive-grade leather leftover from making the interior of its vehicles.

The new owner’s jackets have not been delivered yet, but we got a quick look at the new design during the ordering process:

That’s about it for the rounds that are already over, but Tesla launched a new round in October that will end in January. It features some new custom prizes like a ‘Founders series’ red Powerwall 2 signed by Elon Musk.

Here’s a video of the new bag:

You can use our referral code for $1,000 credit for the purchase of a new Model S or X.