The Tesla Model 3’s interior remains the most important unknown part of the upcoming electric vehicle. Over 400,000 people placed a deposit for the Model 3 without having seen the real steering controls of the car and while it’s unconfirmed, other parts of the interior could change due to the minimal features displayed in the prototypes unveiled so far.

The minimal design of the Model 3 interior has never been more evident than in a new picture of the interior cabin in daylight.

When the Model 3 was unveiled in March 2016, it was at night; aside from a few pictures, the interior was never clearly shown in daylight. Tesla has prohibited pictures of the interior of the prototypes in all other official outings and photoshoots since – presumably because it will change and Tesla doesn’t want people expecting that it will look like what we see now.

A new picture emerged online recently. We can’t trace it back to an original source other than an anonymous imgur link, but it seems to be from Tesla’s corporate party in San Jose last month. (update – the person who took the picture wishes to stay anonymous but sent us the full resolution picture)

It’s probably the best look we have so far at the Model 3’s interior cabin as a whole: 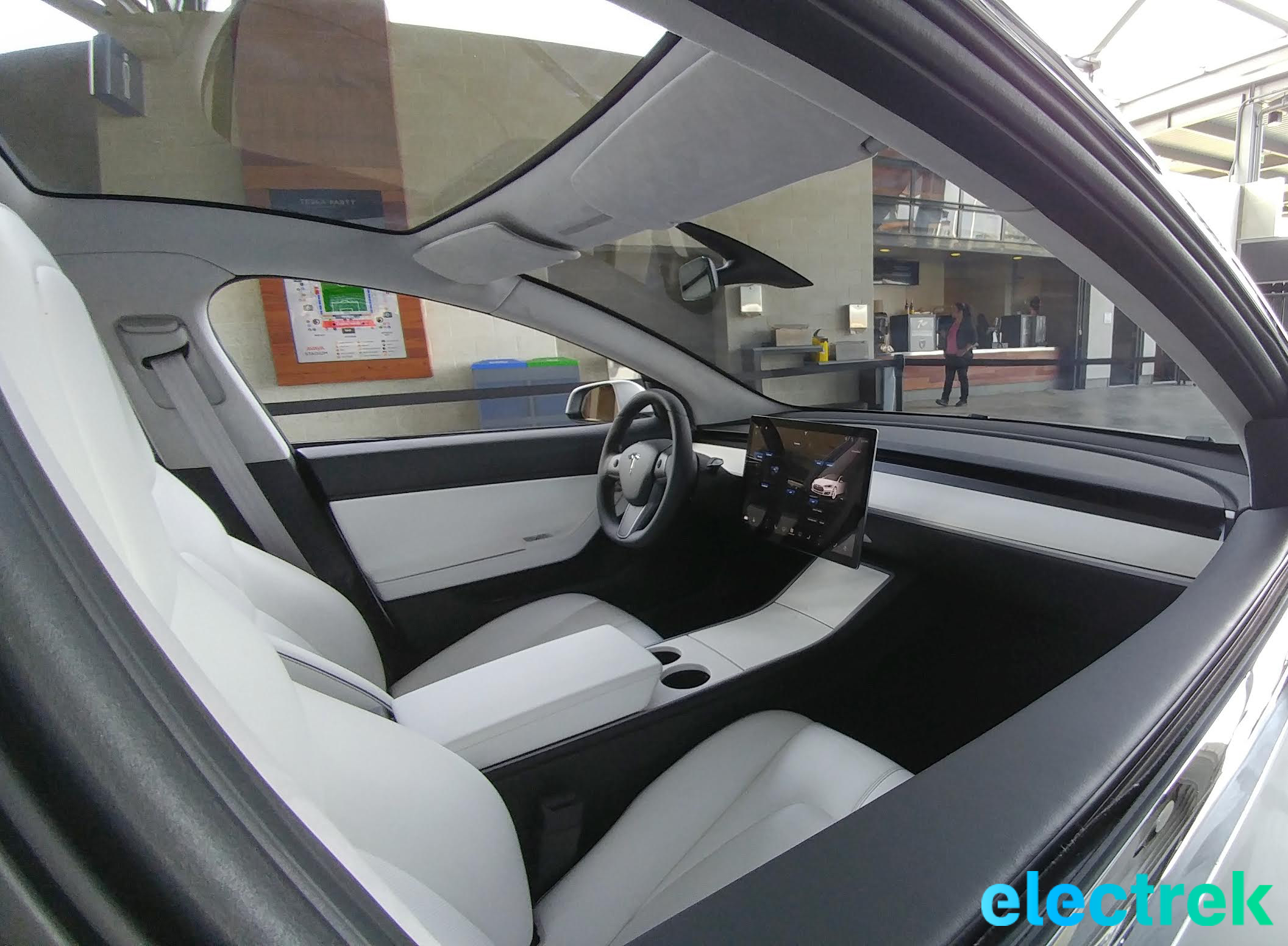 The first thing people notice is the lack of an instrument cluster. There already has been plenty of speculation about that, and everything points toward Tesla using a heads-up display system to show all the information normally available on the instrument cluster.

But it’s not the only minimalistic feature of the interior. Another less talked about interesting point is the lack of air vents – or at least visible air vents.

A Tesla engineer giving out test rides during the unveiling of the Model 3 in March referred to the vehicle’s HVAC as “a really unique ventilation system without traditional vents but only a single slot.”

In the Model S, Tesla already moved almost all controls on the center touchscreen, which is still the case so far for the Model 3, but now the automaker is also apparently removing air vents and the instrument cluster from the dash – leaving virtually nothing.

Let us know what you think about Tesla’s new minimalist approach to the Model 3 interior in the comment section below, and in this unscientific poll:

If you are interested in solar, we suggest you get quotes from more than one installer to make sure you get the best energy solution for your house or business. UnderstandSolar is a great free service to link you to top-rated solar installers in your region for personalized solar estimates for free.