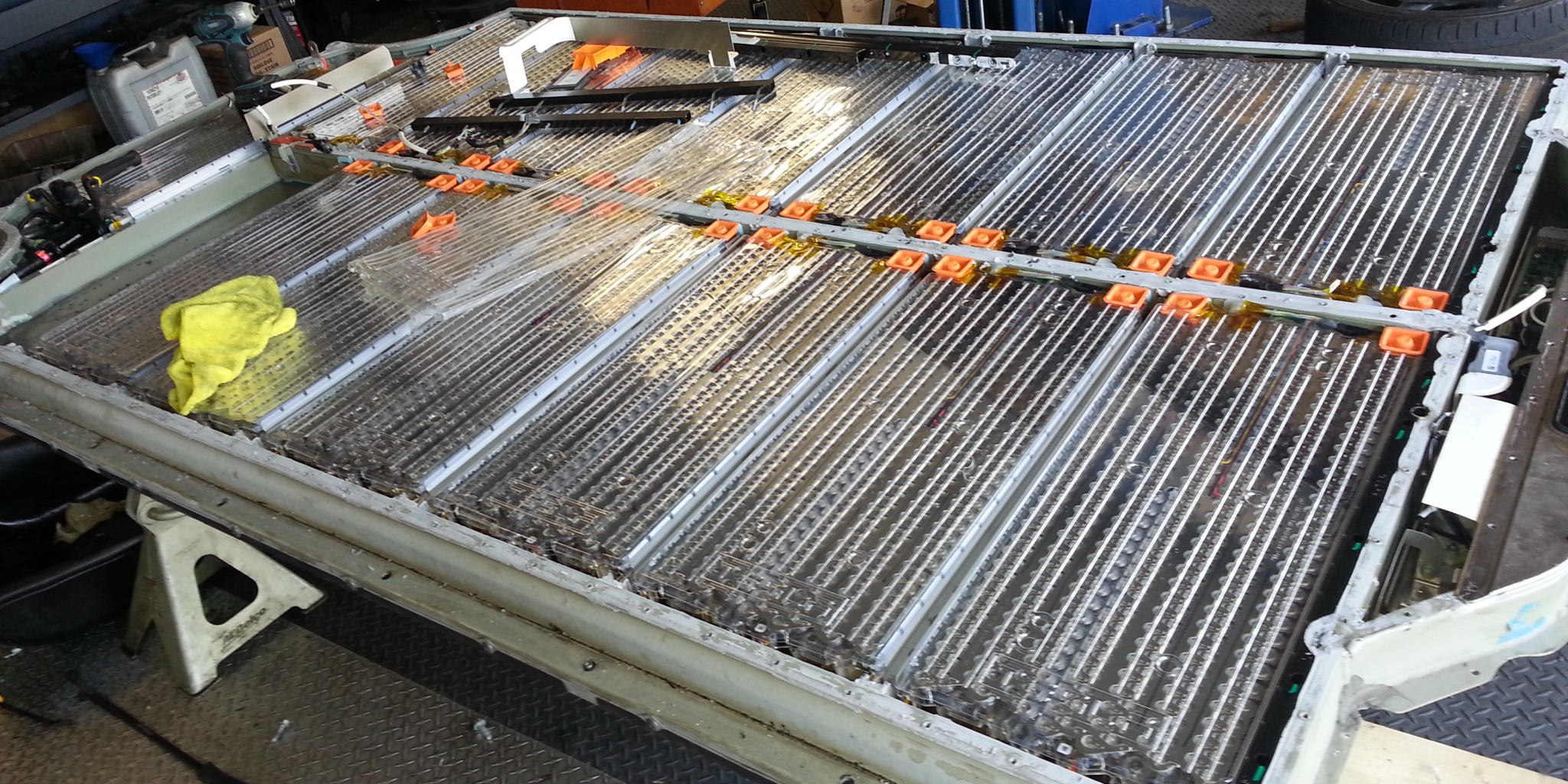 We are currently witnessing an interesting trend in electric vehicle technology. For a long time, Tesla has been mostly alone in producing battery packs for electric vehicles using thousands of individual cylindrical li-ion battery cells in each pack. In contrast, established automakers, like Nissan with the LEAF or even GM with the more recent Chevy Bolt EV, have been using fewer but larger prismatic cells to build their electric vehicle battery packs.

The strategy is believed to be an important part of the reason why Tesla has been able to deliver much larger battery packs at a more reasonable cost than others in the industry. The company had an 85 kWh pack in 2012 while the next best is GM’s 60 kWh Bolt pack released only this year. But now new entrants in the electric vehicle market seem be following Tesla’s lead instead of more established automakers.

Back in 2003 when Marc Tarpenning and Martin Eberhard founded Tesla, they commissioned a feasibility study from their technology partner at the time, AC Propulsion, about building an electric vehicle battery pack using standard off-the-shelf 18650 li-ion battery cells. That’s something the duo already knew about since they had just built together a company manufacturing e-book readers and li-ion cells were mostly used in consumer electronics at the time.

Tarpenning and Eberhard had already known that 18650 li-ion cells were the highest quality and cheapest battery cells available, but they also knew that because of the form factor, they would need to use thousands of them in a single battery pack in order to get a decent range out of a car. The battery manufacturers they approached were “freaked out” by the idea.

Eberhard wrote about the issue in a since-deleted blog post:

“When we started out thinking about the Tesla Roadster ESS [Energy Storage System], many cell manufacturers were understandably nervous about the hazards of a battery pack containing a large number of their cells. The burden was on Tesla Motors to demonstrate that we understood and designed for safety, even in the event of a spontaneous cell failure. And the truth is, in the beginning we did not fully understand all the issues.”

The idea is pretty simple: with more cells, there’s more risk of a cell failing and if one cell fails, it could propagate to other cells for potentially disastrous results. In an industry that revolves around safety like the car industry, it was a problem. So the fear that cell manufacturers had at that time was transferred to automakers when they started developing their electric cars.

The fact that Tesla didn’t “understand all the issues”, as Eberhard puts it, pushed the company to look beyond the industry’s fear and develop a battery pack with thousands of cells anyway. Eberhard wrote in the same blog post:

“We did quite a few “Fourth of July” tests to understand how lithium ion cells (of every stripe) failed, and what happens to adjacent cells in a tightly-packed system. We began to understand the problem more than a year before the famous Sony/Dell fiasco, and we set a corporate requirement that no such cell failure would lead to thermal propagation in our ESS.”

After several prototypes, the company finally came up with a safe and energy-dense design, which they detailed in a white paper titled: ‘The Tesla Roadster Battery System’, back in August 2006. The paper was authored by 4 engineers working at Tesla at the time, two of whom are now executives at the company: JB Straubel, Tesla’s Chief Technology Officer, and Kurt Kelty, Tesla Director of Battery Technology.

In the paper, they claimed that the Roadster’s battery pack was the safest ever seen by experts at the time:

“The high level of redundancy and multiple layers of protection in the Tesla Roadster battery pack have culminated in the safest large Li-ion battery that we or many of the experts in the field, with whom we’ve consulted, have seen.”

You can read about all the safety features that they built into the pack in the paper embedded below, but in short, they introduced both passive and active safety features at the cell level, like internal positive temperature coefficient (PTC) current limiting device on each cell as well as fuses on both the anode and cathode, and at the pack level, with separate aluminium casing modules. That’s among several other features. The short white paper is worth a read.

The company has since significantly improved on the design with several iterations for the Roadster and then a new architecture for the Model S and X, but still based on the knowledge acquired through the making of the original Roadster battery pack and still using thousands of individual cells.

The concept still hasn’t caught on with most automakers producing electric cars today, but newcomers are almost all using similar architecture as Tesla’s.

Both Faraday Future and Lucid Motors, two of the most well-funded electric vehicle startups in advanced stages of development for their first electric cars, have recently announced that they will be using thousands of cylindrical battery cells in their battery pack designs. They haven’t released many more details about their concepts and there could be plenty of different features – not that it would matter anyway since Tesla has open-sourced all its patent.

The fact that the startups are following Tesla’s lead while established automakers are taking the safest route could easily be explained by the fact that startups are more prone to risk-taking, which is not the case for large companies, but there’s also the factor that both companies have some of Tesla’s DNA.

Lucid Motors, then known as Atieva, was co-founded by a Tesla executive who was put in charge of a new Tesla division in 2007 to build energy storage systems – sort of the ancestor of what we now know as ‘Tesla Energy’. The company’s Chief Technology Officer is Peter Rawlinson, the former Chief Engineer of the Tesla Model S.

As for Faraday Future, the company hired several Tesla engineers when it launched in 2014 and one of its founding member, Nick Sampson, was a Director of engineering at Tesla. The engineer who designed their battery architecture, Porter Harris, was leading battery pack development at SpaceX, another of Elon Musk’s companies.

What is also particularly interesting are the battery cells they are all using? Tesla has put a lot of effort in working with Panasonic for a decade now and it has been involved in the development of the last few cells used in the company’s products. The latest one is using a new taller format called 2170 and it will be manufactured by Panasonic at Tesla’s Gigafactory.

Tesla CEO Elon Musk recently made a similar claim about their 2170 cell. We now have 3 different group of companies, Tesla with Panasonic, Faraday Future with LG Chem, and Lucid Motors with Samsung SDI, all claiming to have the best cell and that it will soon be in their own electric cars. Tesla’s strategy also differs since they are not only partnering with a cell manufacturer but also investing over $2 billion in a cell manufacturing facility, the Tesla Gigafactory, which enabled them to have more control over the essential supply for their electric vehicle programs.

Of course, not a single one of them has released specifications for those cells yet, so we will have to wait in order to see which company truly has the best product, but it’s set the stage for a very exciting time for electric vehicles and batteries.