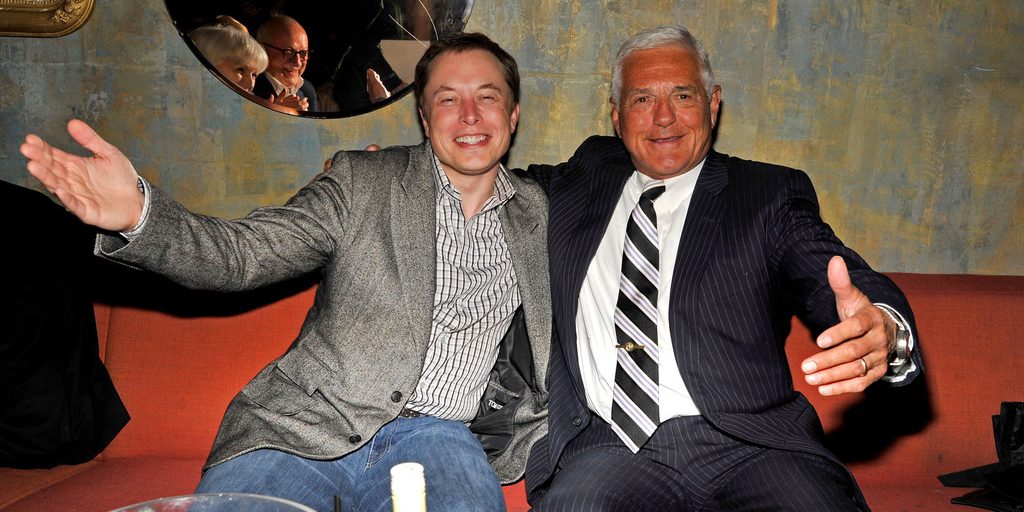 Bob Lutz, General Motors’ former vice chairman, can’t stop and won’t stop attacking Tesla in the media. CNBC had him on this morning ahead of Tesla releasing its financial results this afternoon and they let him straight up lie about the company’s financial situation without correcting him.

As usual, he also went after Tesla CEO Elon Musk, which now makes happier times, like the moment pictured above at the ‘Revenge of the Electric Car‘ premiere, seem like a bygone era.

I am tired of writing articles about Bob Lutz. Earlier this year, I wrote a piece correcting false and misleading information he was spreading about Tesla and I had to take another shot at him after he compared Tesla to socialism even through GM took $11B from taxpayers under his reign.

It is getting old quick, but I think his repeated attacks on Tesla have to be corrected because the publications who share his incorrect attacks do it happily, without challenging his positions.

And as usual, some of his critiques of Tesla have a kernel of truth to it, but he always goes a few steps too far that turn his potentially valuable argument and insight into blatant untruth.

For instance, today in his interview on CNBC, he said that Tesla could never be profitable even if they increase production because they don’t make money on the car they are selling now:

“If you’re not recovering labor and materials in your sell price, then doing twice as many or three times as many or four times as many doesn’t help. The losses just get bigger and bigger.”

By saying that they are not “recovering labor and materials in your sell price”, he is saying that Tesla is selling vehicles with a negative gross margin, which is simply not true. Tesla has a positive gross margin on its vehicles for years now and as much as 20% for the past few quarters. That’s without accounting for ZEV credits.

The information is publicly available in Tesla’s SEC filings.

Not only did CNBC anchors fail to correct him in the interview, which you can watch below, but they then took the time to write an article about his comments, which they printed in the article, without correction.

Tesla is losing money on a quarterly basis, there’s no doubt about that, but that’s after its R&D investments and massive capital expenditures in its new assembly line for the Model 3 and investments in the Gigafactory, among other things. It’s completely different from saying that they are losing money on vehicles because they are “not recovering labor and materials”, which is materially untrue.

He also went after Tesla CEO Elon Musk personally which seems to be a recurring theme:

“Tesla supporters are like members of a religious cult. Just like Steve Jobs was worshiped at Apple, it’s the same way with Elon Musk … seen as a new visionary god who promises this phantasmagorical future, a utopia of profitability and volume. Steve Jobs delivered and Elon … hasn’t delivered a thing, except increasingly negative cash flow, and an increasing lack of profitability; more and more capital spending.”

Again, kernel of truth. While there’s an argument to be made about Tesla fans sometimes being overzealous (guilty), comparing it to a cult is, of course, an exaggeration and saying that “Elon hasn’t delivered a thing” is just plain wrong. Many of us are currently driving those deliveries.

Of course, Lutz will say that I am just one more member of the cult, but at least I’m not lying on TV. What’s Bob’s agenda? Who is bankrolling his BS?

Tesla is about to release its Q3 2016 financial results and Elon Musk hopes to throw a pie in the face of all naysayers on Wall Street’ with the results.