Tesla’s new self-driving car can only make you money on the ride-sharing ‘Tesla Network’, not Uber or Lyft

Earlier this summer, Tesla CEO Elon Musk confirmed rumors that Tesla is working on a fully-autonomous ride-sharing/taxi service to compete with Uber and Lyft. He described the concept in his ‘Master Plan Part Deux’:

“You will also be able to add your car to the Tesla shared fleet just by tapping a button on the Tesla phone app and have it generate income for you while you’re at work or on vacation, significantly offsetting and at times potentially exceeding the monthly loan or lease cost.”

With today’s introduction of “enhanced autopilot” features and fully self-driving hardware in all cars, Tesla released more information about the service which it is apparently calling ‘Tesla Network’.

On both their autopilot information page and their configuration page for new vehicle orders, Tesla has added a line about “using a self-driving Tesla for car sharing and ride hailing…but doing so for revenue purposes will only be permissible on the Tesla Network, details of which will be released next year.”

Given that the newly announced hardware is meant to eventually be capable of “Level 5” autonomy – the SAE designation for a car which is able to drive itself with no passengers – it would be natural for owners to want to send their car out to drive people around and make some money while they are not using it.

This is, of course, pending software improvements and regulatory approval.  Tesla is working on both, with a fleet-learning system processing millions of miles of real-world data from drivers every day, to make the system safer and prove to regulators how safe it can be.

The clause that ride sharing will only be possible on the Tesla Network is interesting, though, and certainly seems like Tesla is throwing down a gauntlet on autonomous ridesharing.  This suggests that Tesla considers their Autopilot system and the data it collects through fleet learning proprietary, and thus that they can control the use of it for ridesharing purposes.

As of now, Tesla has no say over whether owners can use their car on Uber or Lyft, but that is because the car currently relies on a driver being behind the wheel.  Presumably, when the driver is taken out of the equation, Tesla considers their algorithm the driver, and wants a share of the revenue generated – hence why they are pushing ‘Tesla Network’.

I wonder what Uber and Lyft are thinking right now?

Here are screenshots of the two pages: 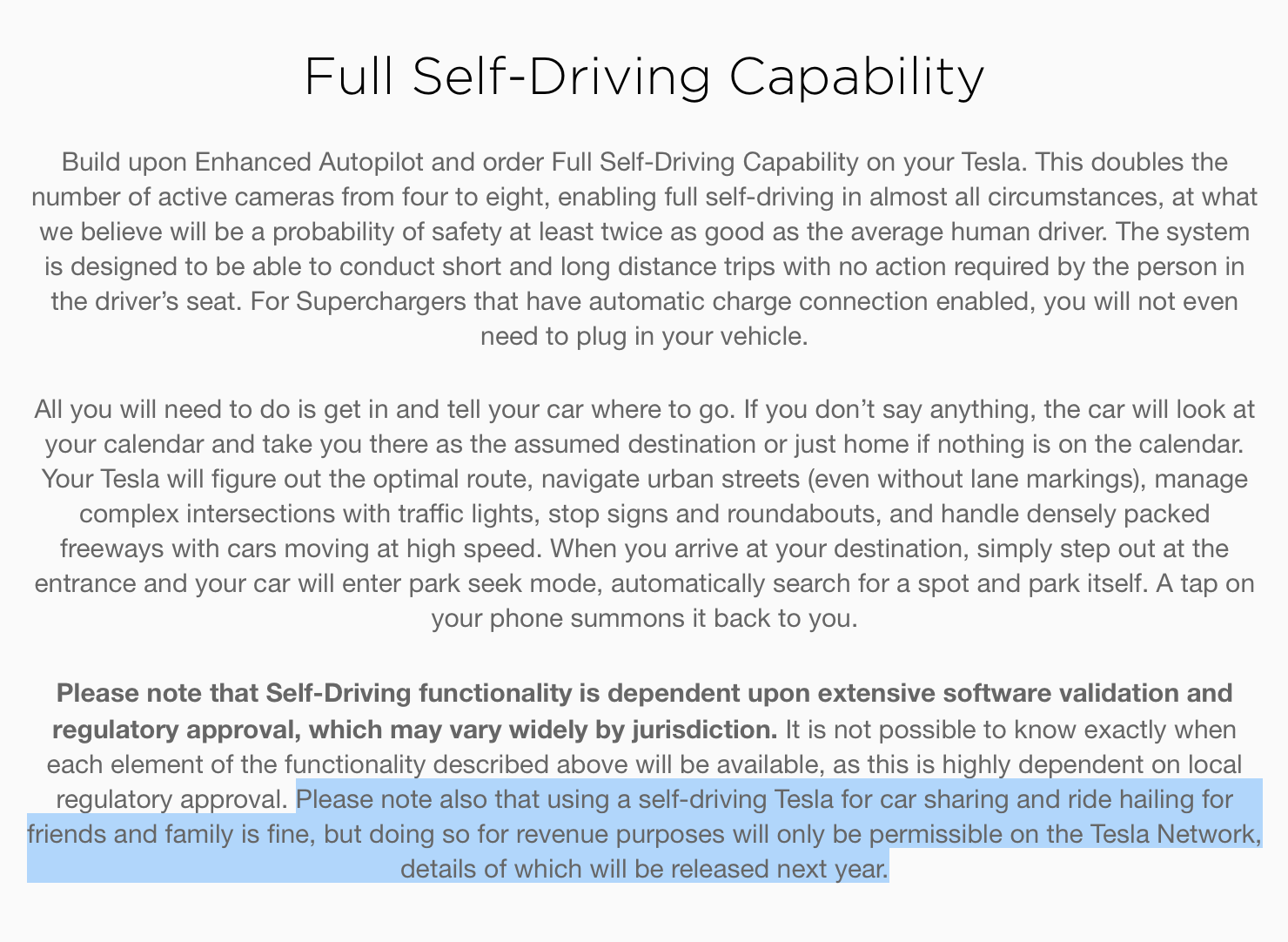 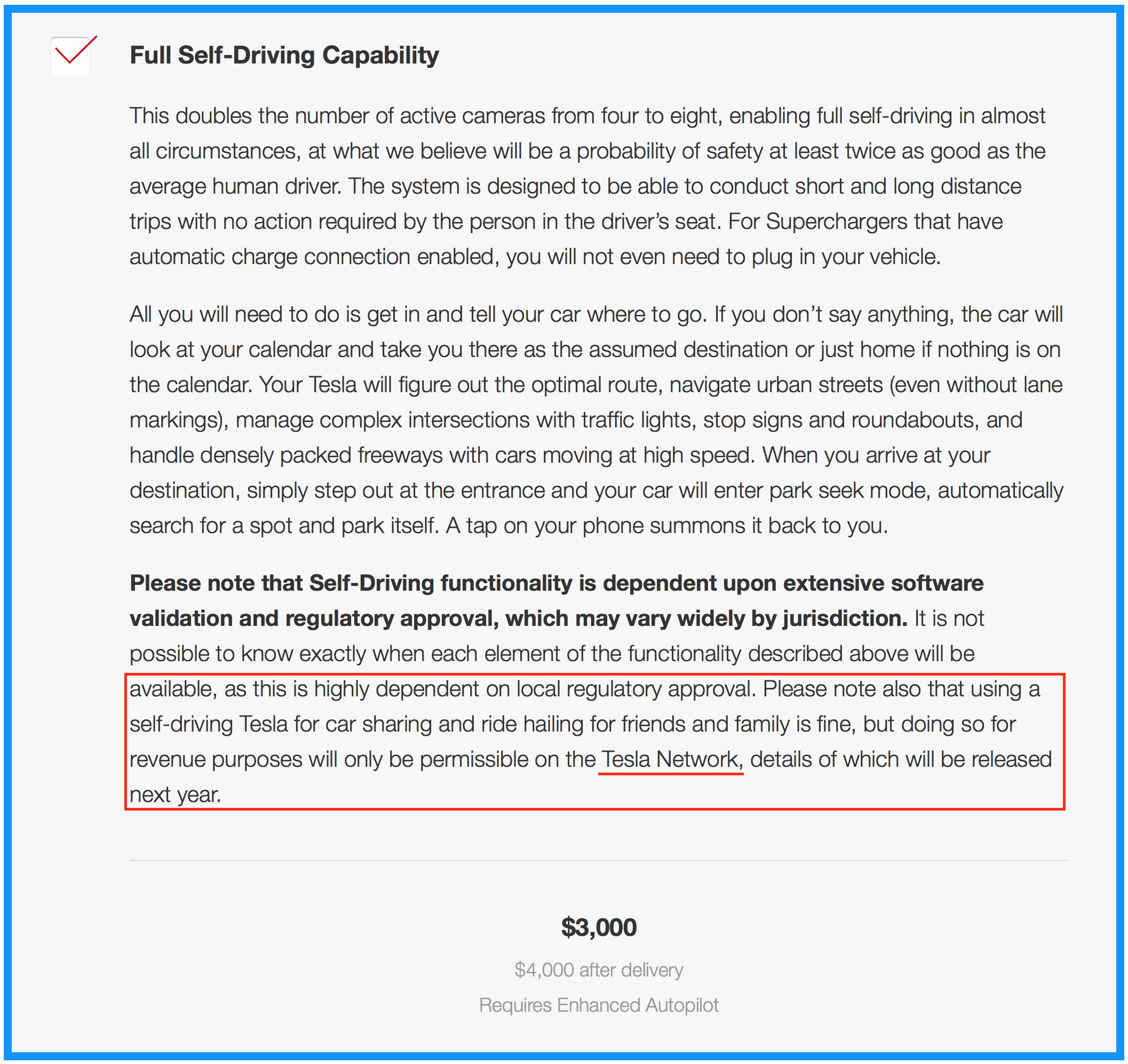