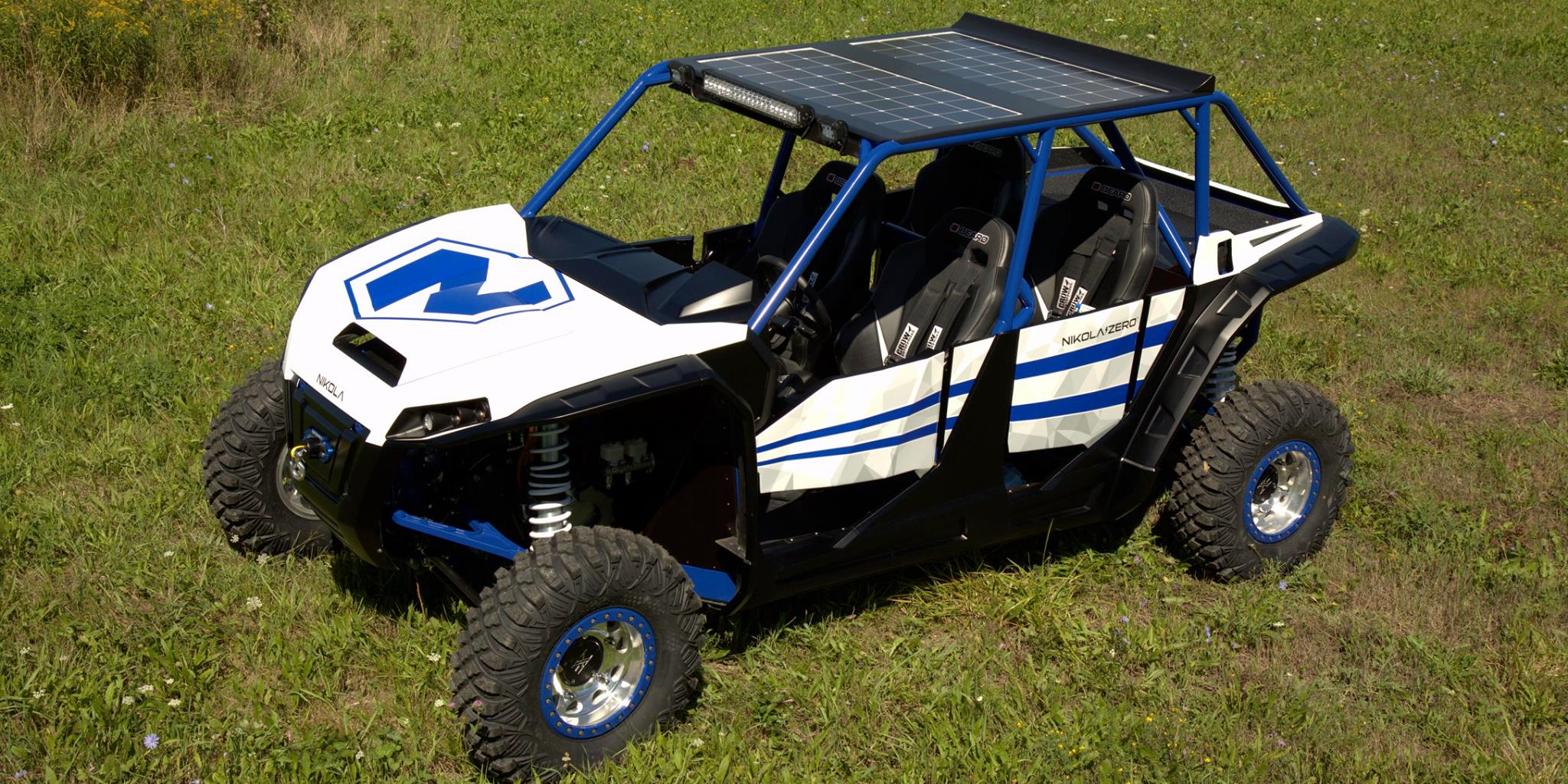 You probably know Nikola Motor for its ‘Nikola One’ electric truck concept with a natural gas range extender that was later changed to a hydrogen range extender, but when first announcing its concept truck, the startup also announced an all-electric UTV: the Nikola Zero.

Today Nikola Motor unveiled a prototype of the vehicle and it is making some bold claims about its performance.

As we previously reported, the latest developments with the Nikola One and the company’s reaction after Tesla announced its own electric truck, ‘Tesla Semi’, were not great for the young startup’s credibility. But I decided to forget about that for a second and look at the newly unveiled Nikola Zero prototype with new eyes.

It’s definitely a good-looking UTV and the company is making some incredible claims in the spec list:

The first thing that stands out to me is the battery pack: 72 kWh? How can they fit a 72 kWh pack on this vehicle? I mean it’s quite large for a UTV, but still… Tesla has one of the highest energy density packs in EVs today and yet, CEO Elon Musk describes fitting 100 kWh of energy capacity in the much bigger Model S/X pack as “fitting 11 pounds in a 10-pound bag”.

The company says that the battery pack is in the floor of the vehicle. Here are a few pictures of the prototype shared on Nikola Motor’s social accounts today:

If they can pull it off, it would be great, but I’m skeptical. Other than the battery pack, it’s certainly sounds like an awesome recreational vehicle. I mean don’t tell me a UTV with 4-wheel-drive torque vectoring doesn’t sound like fun.

Nikola Motor says that it will also offer a 2-seater option, but the 4-seater unveiled today will start at $37,000 and they aim for deliveries to start in Q3 2017. You can reserve one on their website for a $750 deposit – as usual, I would recommend being cautious since Nikola Motor is a startup and you should do your own due diligence .