Today is without a doubt a bad day for SpaceX. In preparation for its static fire test, one of its Falcon 9 rockets exploded in Cape Canaveral, Florida, earlier this morning :

The company confirmed the loss of the Falcon 9 rocket and its $200 million payload, the Amos-6 telecom satellite. But at Electrek we don’t really report on spaceflight (even though it’s awesome), we report on electric transport, and there’s actually SpaceX news related to electric transport today. And it’s good news.

After several delays, Elon Musk’s rocket company started construction on its own Hyperloop test track at the SpaceX’s headquarters in Los Angeles.

According to SpaceX’s own specifications, the test track will be 1-mile long , have a 6-ft diameter and be capable of creating a 99.8% vacuum environment.

The track is being created for the SpaceX Hyperloop Pod Design Competition. About 2 dozen teams of students and engineers are creating pods to compete at the competition.

Someone stopped by SpaceX’s headquarters and shared the first picture of the hyperloop tube with Electrek: 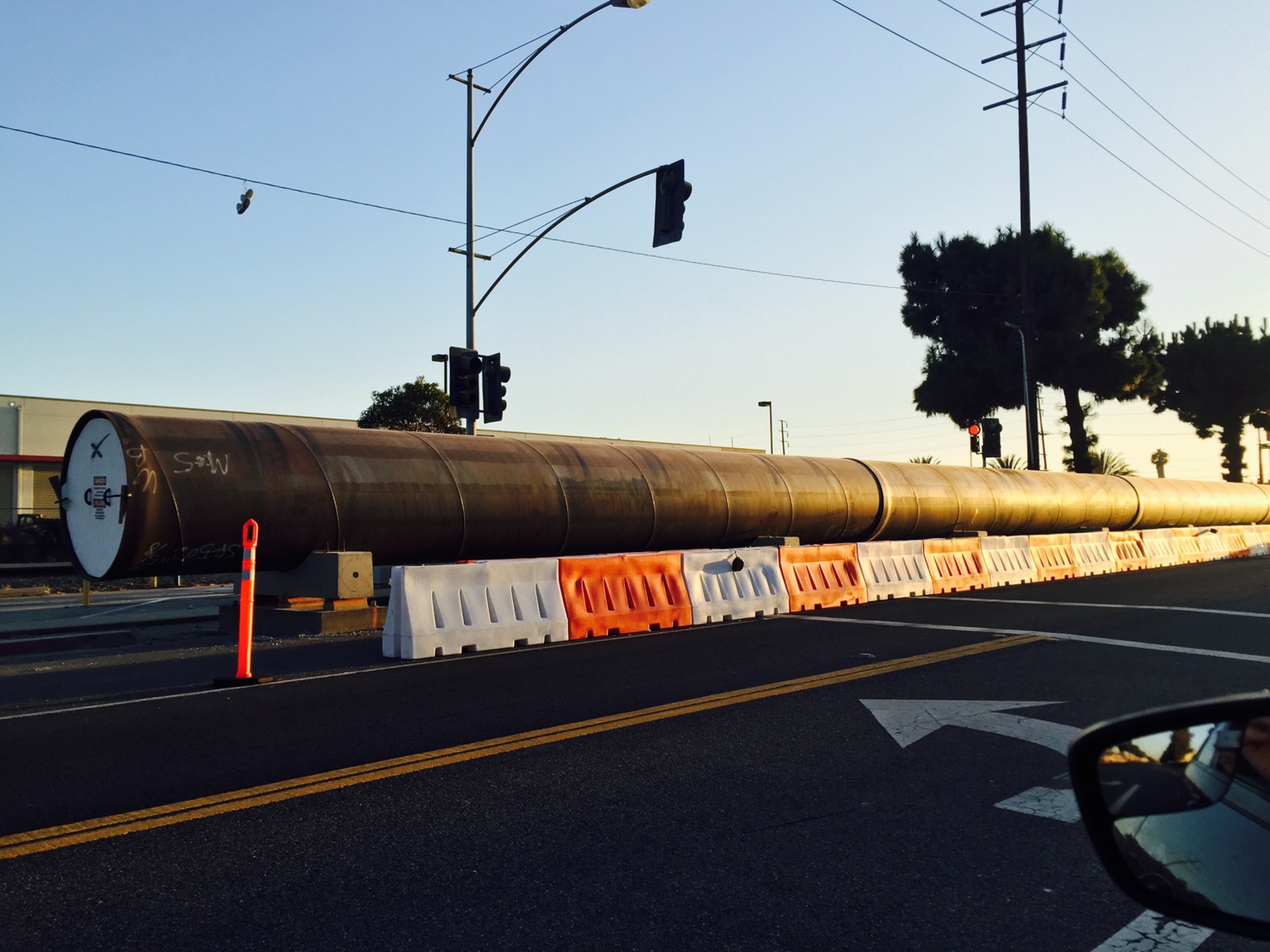 Quite impressive that the structure will be in the middle of Hawthorne near Los Angeles.

The competition will take place during the weekend of January 27-29, 2017. Therefore, the track should be ready before then.

It could actually end up being the first functional hyperloop test track.

Hyperloop One, a hyperloop company unaffiliated to SpaceX, broke ground on its own test track just earlier this week with a similar timeline:

Though Hyperloop One’s test track will be a full-scale model, unlike SpaceX’s 6-ft in diameter tube, but both will have near-vacuum capacity.

Exciting time for the hyperloop technology!