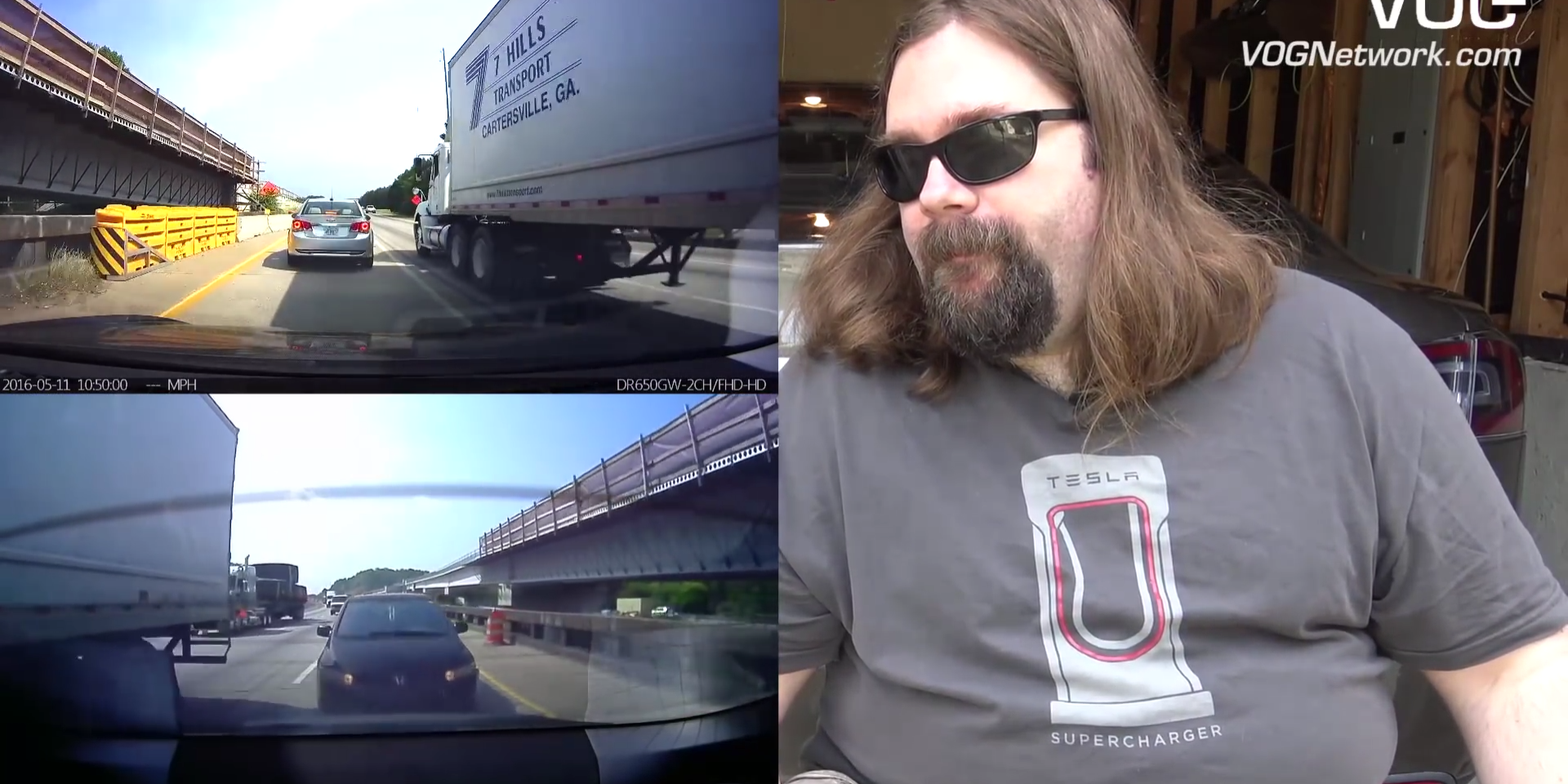 Tesla’s Autopilot program has been getting bad press lately following a few accidents involving some features of the system, but there’s been virtually no attention to events where the Autopilot prevented or helped prevent accidents, or reduced the severity of an unavoidable impact.

Those instances can be described as non-events and therefore, they don’t get as much attention as the crashes, especially if they come with pictures of the aftermath which plays to our collective curiosity, but that doesn’t mean that those events are less important or any less impressive.

We covered before the Autopilot’s Auto Emergency Braking (AEB) preventing a head-on collision in October of last year in Seattle, and more recently, the AEB was engaged just in time to stop from running into a pedestrian late at night in Washington D.C.

Now we report on the Forward-Collision Avoidance system, which is also powered by Tesla’s Autopilot, preventing an initial impact in a traffic accident in a Model S on the highway in Atlanta.

Bobby Blackwolf of the VOG, a network of internet radio stations dedicated to ‘geek culture’, released the dashcam footage of an accident in his Tesla Model S back in May in Atlanta.

The footage shows Blackwolf driving in his Model S on Autopilot in the left lane when the vehicles in front of him started “slamming on their brakes” and the Forward-Collision Avoidance system quickly alerted of a possible impact. Blackwolf applied the brake when he heard the alarm since he said that the system detected the car in front of him slowing down before he could notice it himself.

Blackwolf has a point since in term of responsibility, in the case of a rear-end collision, the person coming from the rear is almost always responsible for the accident. The fact that the system helped prevent his Model S from hitting the car in front of him shows that he did his part, as long as the braking wasn’t premature, which it looks like it wasn’t the case here.

He referenced Consumer Reports’ recent call for Tesla to disable the Autopilot:

“When I hear Consumer Reports say that “for the good of consumers Tesla needs to turn off their Autopilot system”, what I actually hear is that they feel like [this accident] should have been a three-car pileup rather than the slight fender bender that it actually was.”

To be fair though, Consumer Reports asked Tesla to disable the Autosteer feature of the Autopilot, not the Collision Warning feature, but in the case of Blackwolf’s accident, the Autosteer was also activated.

Tesla insists that its cars are actually safer with the Autopilot system than without. The company referred to the fact that there’s currently one known fatality in just over 130 million miles driven while Autopilot was activated compared to about a fatality for approximately every 60 million miles globally and one in every 94 million miles in the US.