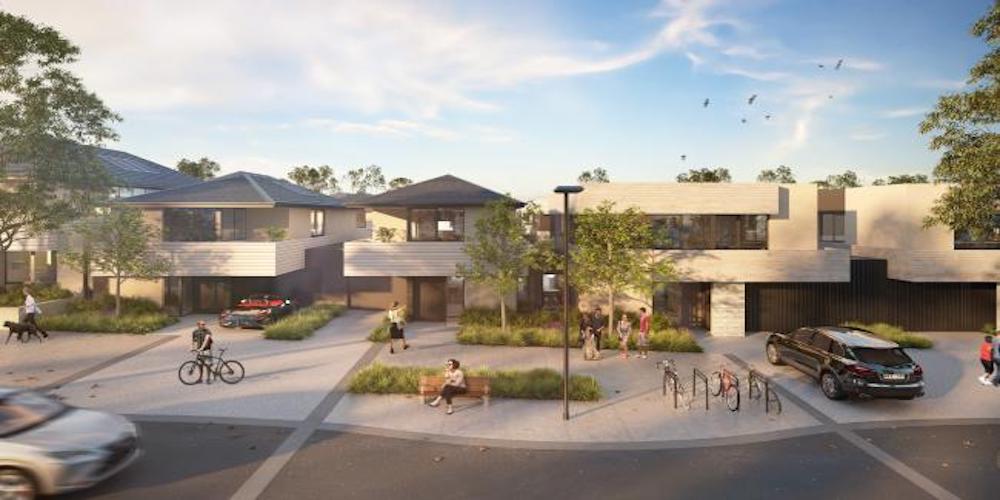 Near Melbourne, Australia lies an incredible suburban project underway dubbed Yarrabend. This development is currently home to 60 houses and is planned to eventually hit around 2500. What is unique about this venture is not only the art, food or shopping that will be near it, but that all of the houses will come standard with Tesla Powerwalls and solar panels. Via the Heidelberg Leader, Nick Marinakis, sales and marketing manager of the Glenvill development team for Yarrabend, states that the suburb…

will achieve the highest possible ESD rating under the UDIA (Urban Development Institute of Australia) Envirodevelopment scheme, a first for an infill development site in Melbourne.

UDIA’s chief executive, Danni Addison, said that a big reason that this will receive the highest rating is because it will “be one of the most environmentally sustainable developments in Australia.” Further, Ms. Addison goes on to explain:

Some areas that are a standout include water reduction of 43 per cent, landfill reduced by 80 per cent and the potential to reduce energy use by 34 per cent. The Powerwalls, combined with solar panels, will mean that future residents will be able to benefit in a variety of ways, including dramatically smaller power bills and knowing that the majority of their energy usage is coming from a clean and renewable source.

Yes, while this “Tesla Town,” nicknamed by One Step Off The Grid, is an amazing concept and is a pivotal step in moving our world further down the path to sustainable living, this community in particular does not come without a hefty price tag. On the low end, these houses could cost as much as $1.48 million ranging to about as high as $2.1 million. And despite the fact that these homes are highly unattainable for the majority of us, this lays out the groundwork for what can be done, and what benefits that we can reap as a society.

Although with these types of community development projects come a big real estate premium, at least at the moment, there are exciting things to come for all of us! As wind, solar, and hydro technology improves, as the Gigafactory progresses through its phases, and as economies of scales comes into play to reduce prices, slowly but surely these products will trickle down to the middle class and beyond. Before we know it, these devices and gadgets will be more commonplace and ubiquitous in our daily lives.

Admittingly, the adoption and maturation of this technology will take time; as does anything new. But this is a truly exhilarating time for Distributed Energy Resources (DER), not only for the owners, but for neighbors and entire communities.

Maybe with the proposed merger of Tesla and SolarCity, we will see more of these mini-suburb concepts based around the combination of electric vehicles, solar energy and home battery packs.