Faraday Future to make an announcement regarding the Formula E tomorrow

Faraday Future, an electric vehicle startup, is about to make an announcement tomorrow ahead of the Formula E event in London. It will likely have to do with the all-electric racing championship, which will hold the last races of the season over the weekend.

The startup simply released the following statement yesterday with a cryptic image:

“We aim to move in cleaner & more intelligent ways, no matter the road. Discover our latest undertaking during this Friday’s online broadcast.”

The image below was attached to the statement on the company’s Instagram. As you can see, it’s actually a simple version of the Formula E’s London track: 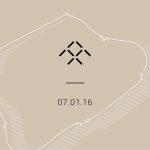 The aspiring automaker is tight-lipped until the event tomorrow, but it will likely have something to do with joining the championship on some level.

The championship is originally a 10-team tournament, but one team drop out and other licenses could become available. Faraday’s timing is certainly interesting and we wouldn’t be surprise if other automakers or tech companies would follow.

Maybe we could see Faraday’s FFZER01 concept being tested on the track?