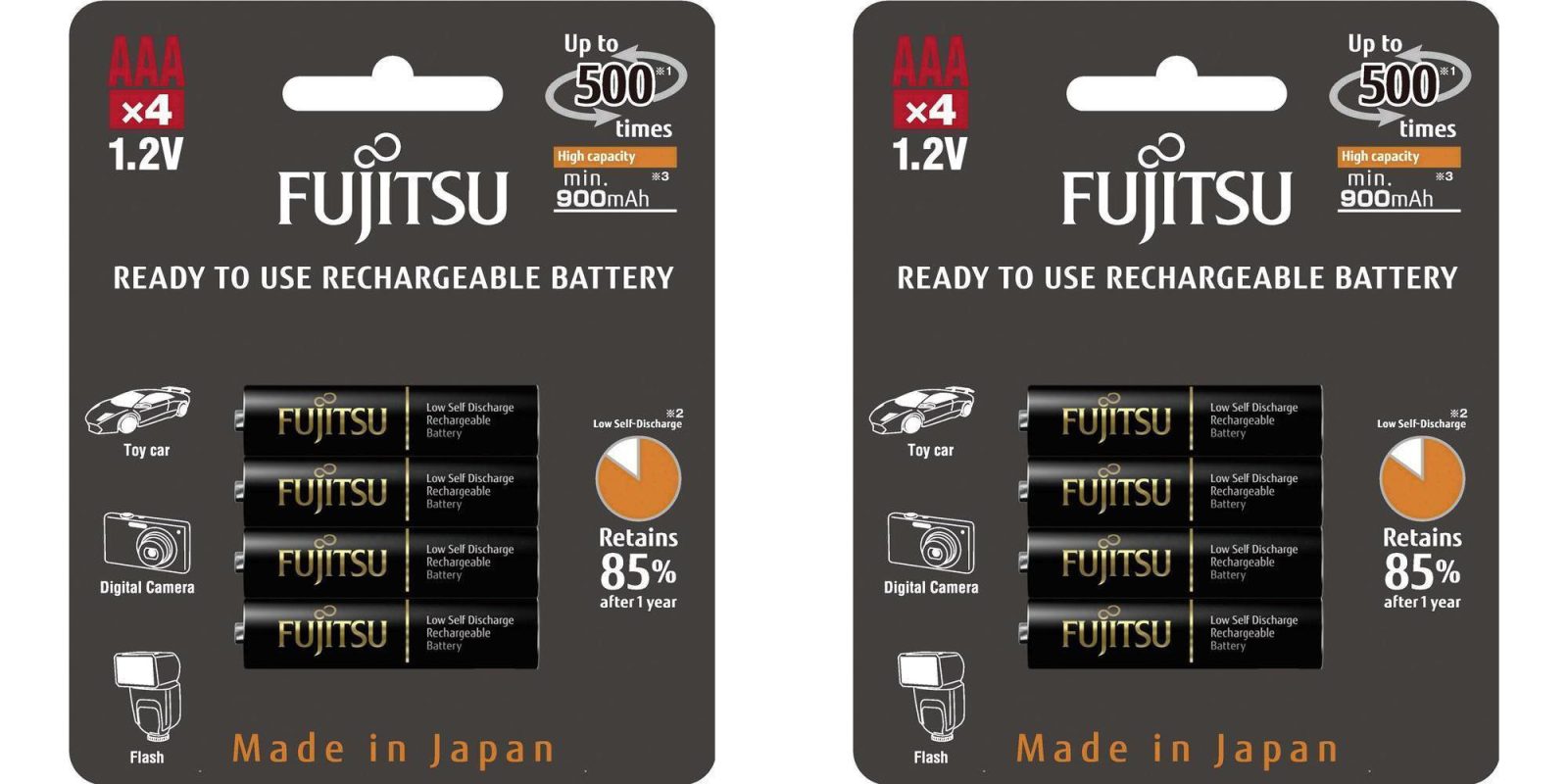 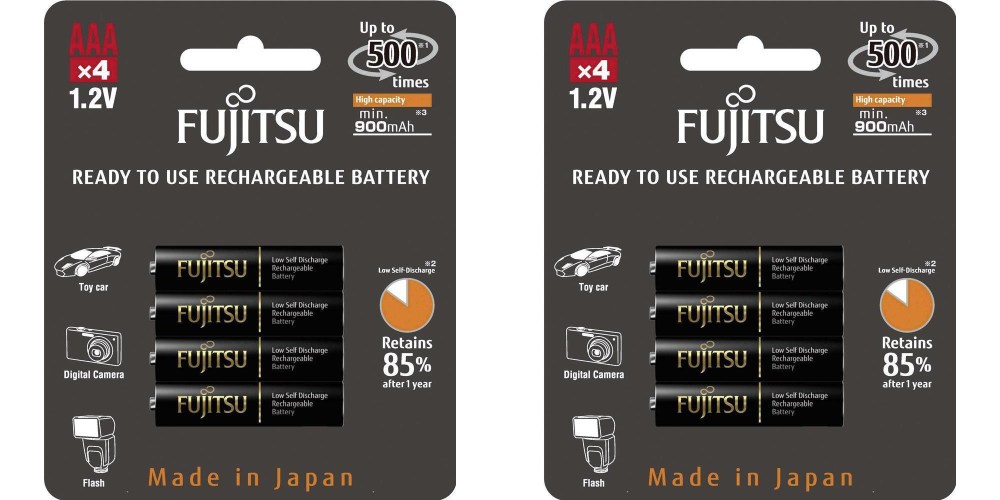 Newegg offers two four-packs of Fujitsu High-Capacity AAA Pre-Charged Rechargeable Batteries for $15.98 shipped. For comparison, Newegg typically charges $15 for just one set alone. If you’ve been waiting to start your rechargeable battery collection, today is the time to make your move. Each one has a 950mAh capacity that is capable of 500 charges. Fujitu promises upwards of “25% more runtime” on electronics than the competition.

Made in Japan by the leaders of cutting-edge battery technology, the FUJITSU High Capacity Ni-MH battery is the perfect cell for mid to high drain devices that use the most energy, such as camera flashes, high power lights, digital cameras etc… FUJITSU’s longest lasting rechargeable battery, the High Capacity model is the battery of choice for professional users when runtime is the most important factor. Conventional rechargeable batteries lose their charge daily, but not FUJITSU high charge retention batteries. They hold their energy even after 1 year storage*.

Put your survival skills to the test as Don’t Starve for iOS drops to its lowest price yet: $1 (Reg. $5)

Yoga Studio: one of the best iOS yoga apps out there just went free for the first time in a year (Reg. $4)

How-to: Put a USB Charging port just about anywhere, without AC power for as little as $50 (Solar+Battery)

Anker launches sale on Amazon for a bunch of its iPhone accessories: Lightning cables $6, cases from $5, more

All the biggest iOS/Android announcements from E3 2016: Elder Scrolls, more