Tesla is building a new Growth Team ‘from scratch’ ahead of the Model 3 launch, hires from Facebook and Uber

What is a growth team you ask? A growth team within a company is generally a small data driven group tasked with figuring out how to scale the business. Most often, the day-to-day work will consist of planning growth models and running them in simulations in order to develop the best possible way to expand.

Facebook had an important growth team that significantly contributed to the company reaching one of the biggest user base in the history of any product ever – same thing for Uber, but on a much smaller scale.

Now that Tesla plans to expand significantly in the next few years through the introduction of the Model 3 and Tesla Energy products, Electrek has learned that the automaker has started building a growth team “from scratch”. It started by hiring from Facebook and Uber; two of the best examples of optimizing growth through growth teams.

We learned that earlier this year Tesla hired former Facebook’s Growth Product Manager, Praveen Arichandran, as its new Director of Growth Programs. Arichandran holds degrees in economics and computer engineering from the University of Waterloo.

According to his LinkedIn profile, he started his career at AMD and after a stint at BMO, he joined Facebook in 2011 and held several roles in the company’s growth team until joining Tesla in January 2016.

We didn’t hear anything about Tesla’s growth team until the company recently started listing jobs advertising that it is now building its team “from scratch”:

“We’re building a Growth Team from scratch to design, build and optimize scalable solutions to accelerate adoption. We are looking for a rock star Data Scientist to start and scale the Growth Analytics function from the ground up.”

One of the first person to jump on board is Arichandran’s former colleague at Facebook, Sisun Lee. He left for Uber’s growth team around the same time Arichandran joined Tesla.

Now Lee joined Tesla last week as a “Staff Product Manager” on the growth team, according to his LinkedIn profile. He previsouly worked with Arichandran on the ‘internet.org‘ project at Facebook. 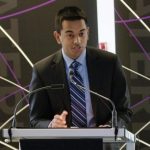 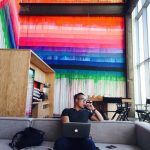 Tesla’s new growth team will have plenty of data to play with after the company received over 400,000 reservations for the Model 3 less than a month after unveiling the vehicle. This data will be useful to determine the best way to expand Tesla’s user base, which more than quadrupled through the Model 3 pre-orders alone.

During the recent conference call to discuss Tesla’s Q1 2016 financial results, Tesla President Jon McNeil confirmed that 93% of Model 3 reservation holders are new customers to Tesla – meaning that only 7% already owned a Model S, X or a Roadster before placing a reservation. At this point, Tesla user base stands about just over 100,000 owners.

While the biggest challenge is expected to be manufacturing considering Tesla plans to jump from a production rate of ~50,000 vehicles in 2015 to ~500,000 in 2018, and independently, Tesla is expected to announce some big manufacturing executive hires in the coming weeks, now on the sales and service side, the new Growth Team will likely be very useful to scale the company to handle a much larger user base.

Featured Image: Beautiful pictures of a Tesla Model 3 prototype in the Marin Headlands [Gallery] –  with permission courtesy of Joseph Neuman.