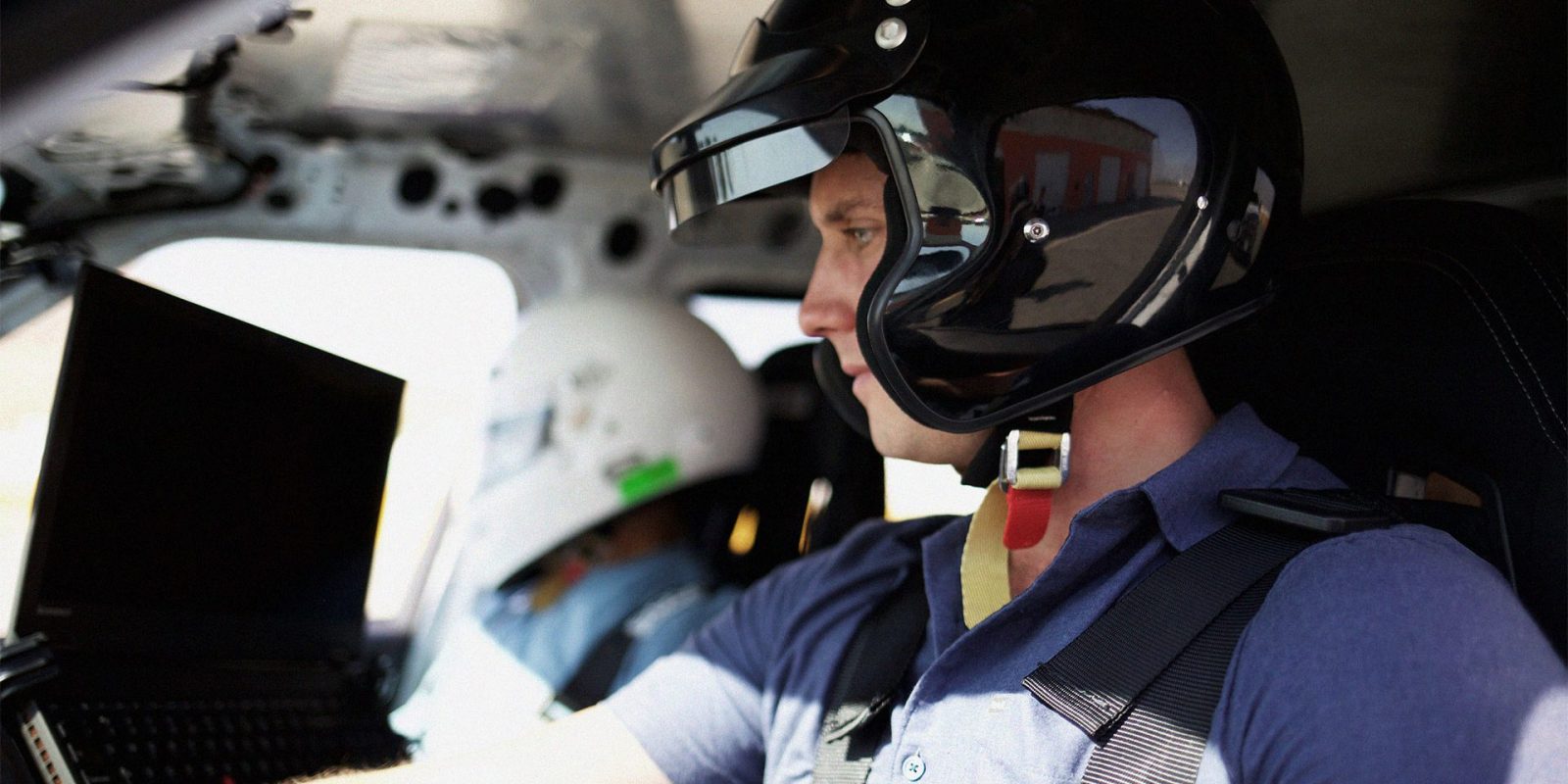 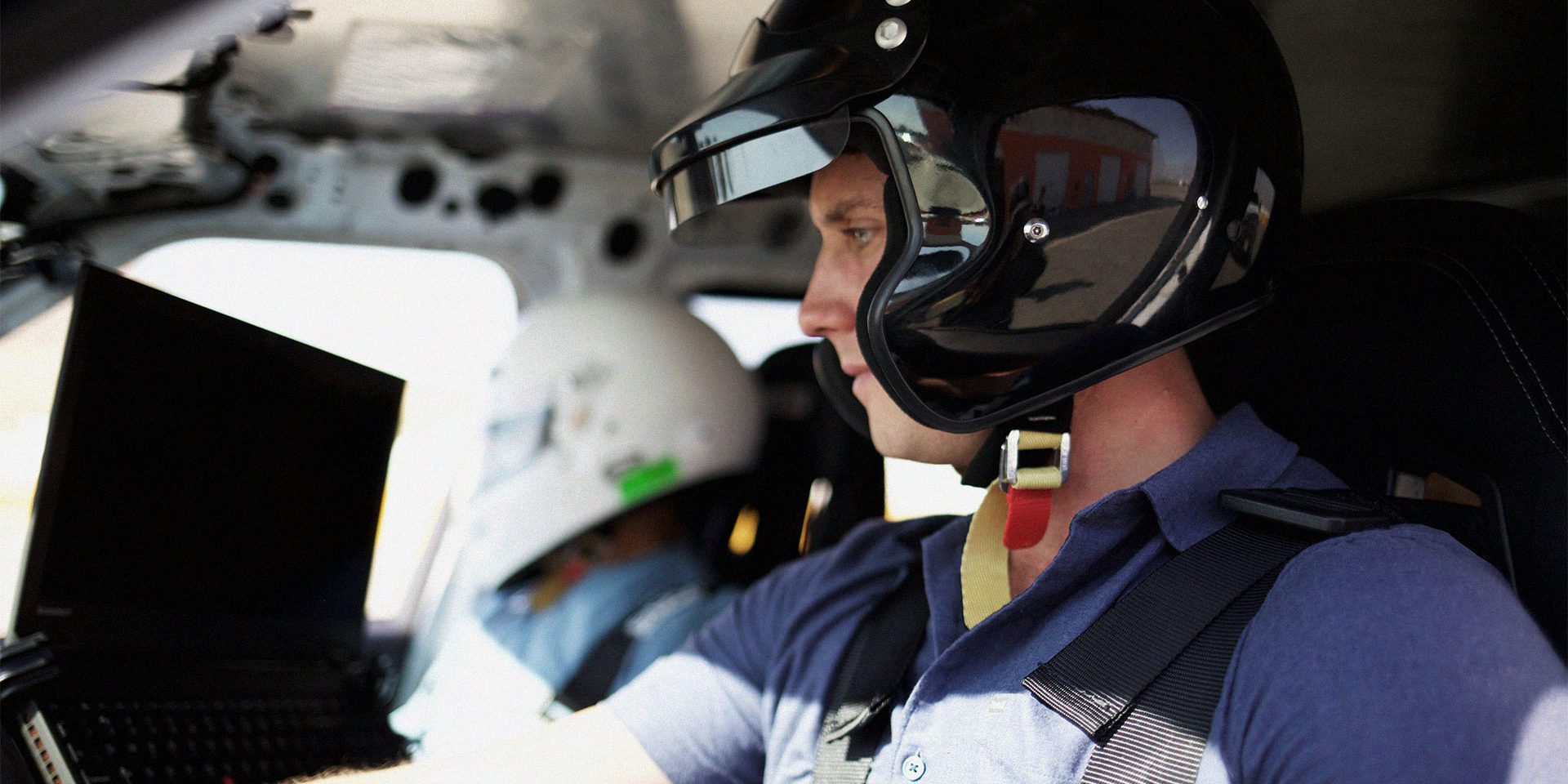 Faraday Future is in the midst of developing its first production car set to be unveiled later this year and hopefully it will hit the market in 2017. It is reportedly going to be a luxury SUV, or maybe more of a large crossover, with supercar-like performance.

The well-funded startup hasn’t revealed much about the vehicle yet, but lately, it has been releasing glimpses of its mule program. One of the principal engineer behind the program is Matt Lubbers, Principal Engineer of Brake and Chassis Controls for FF, and today the company released a Q&A session with the engineer.

Everything below is from Faraday:

Matt Lubbers has over 10 track certifications from test proving grounds and race tracks around the world – such as the famous Nürburgring – as well as extensive testing experience with GM, Ford, Chrysler, BMW, and Mercedes. Matt brings a profound automotive knowledge and a committed enthusiasm to FF’s engineering team.

What is your role at FF?

I’m the Chassis Controls Electrical and Software Lead. I’m working towards optimizing our cars’ performance – whether that’s the performance of electrical power steering, air suspension leveling, damping control, stability control, braking, the electric park brake… basically anything that is controlled by software is within my realm of responsibility. At the end of the day, I’m here to ensure that our vehicles are reliable, robust, and exciting to drive.

In addition to all of that, you’re also our in-house test driver?

Yes! Half of my time is spent coordinating and developing system features, while the other half is spent inside our vehicles – testing these features in real world environments. So, I’m half engineer, half performance driver.

What kind of driving do you specialize in?

There are many different types of driving styles. A race driver, for instance, primarily tries to maintain precise steering and braking lines to achieve the best possible lap times. My training, however, is in safety and track performance driving, specializing in what’s known as “car control.”

What is “car control?”

“Car control” means that in any and all situations, I need to be able to reach – or even go beyond – the physical limits of a car while maintaining its stability. No matter if I’m facing severe understeering, oversteering, drifting, you name it – I have to be able to keep its steering controlled and predictable.

To be a good car control driver, you need to have a deep awareness of your vehicle and its response to its environment – to understand the relationship between the steering, throttle, and brake inputs on any given driving surface. You grow to understand the vehicle’s true limits, define them, and engineer its safety and stability software to ensure that they’re never inadvertently exceeded.

“When you spend every day in a car, you really get to know it. Having that…human element has been critical to [our] success and speed.”

How does your background with test driving inform your engineering?

The data that we log during our test drives is indispensable – there’s a huge power in having access to all this data. But, there is a lot of it. From a single day of testing, we can have over 30,000 signals available to analyze. It can be really difficult to know what to look for. But when I’m looking into a data trace, I’ll go back to a specific timestamp simply because I felt something while driving the car.

So you’ve developed a sort of “sixth sense” for detecting nuances in the vehicle’s operation?

You could say that! When you spend this much time driving a vehicle, you really grow accustomed to its behavior – down to the subtlest details, on a subconscious level. I know it’s cliché, but you really become one with the car. Having that sixth sense – that human element – has been critical to the success and speed of our engineering test vehicle program.

How did you get into professional performance driving in the first place?

I’ve loved cars my whole life. Growing up, I was obsessed with them – when I was little, I was always pointing out different models that drove by us on the road. My first car was an old classic Pontiac Firebird; it was the best I could afford at the time, but I fixed it up and really made it into something special. I always knew that cars would be my calling. Driving them, fixing them, engineering them – it’s what I love.

Considering your soft spot for American muscle cars, what has drawn you to work on electric vehicles?

There’s this whole misconception that electric vehicles aren’t fun to drive, which couldn’t be further from the truth. In fact, all of the obvious environmental benefits of electric vehicles aside – they simply perform better. Internal combustion engines, for example, have a response time of approximately 100 milliseconds. Electric vehicles, on the other hand, can respond in up to 10 milliseconds – over ten times faster!

This doesn’t just mean that electric cars have quicker starts when straight line driving; this rapid response time comes into play when accelerating around corners, or really at any point that there’s a reduction or application of torque. It’s a constant improvement – and one that you really feel.

Do electric vehicles boast any other benefits that particularly impress you?

Absolutely. One often overlooked benefit is how EVs totally overhaul the way that vehicles are designed. In a car with an internal combustion engine, for instance, cars are generally modeled around the engine and transmission systems because they are so central and massive. When you utilize a flexible power source like a battery pack, however, you suddenly have so many new ways that you can design a vehicle.

What are ways that you are utilizing this new design and engineering freedom at FF?

Our Variable Platform Architecture (VPA) offers this adaptable flat skateboard that we can build up from – it’s an incredibly sturdy foundation. Because it’s able to maintain this low center of gravity, we can build pretty much any body style we want and maintain a well-balanced weight distribution with favorable vehicle dynamics. This will unlock the door for a lot of unprecedented vehicle designs. It’s true that EV technology is in its infancy, but that just makes working at FF all the more exciting – we’re on the forefront of this technology.

What are your favorite aspects of working at FF?

The speed that we’ve been able to accomplish things. I’ve worked with other OEMs, and though they have a huge amount of resources, they’re so slow to move – there can be too much politics, too much bureaucracy. Even if the engineering group knows how to improve the vehicle, they might not even be allowed to try! Here at FF, on the other hand, you can pitch new features or a change in direction, and if it’s a well-developed concept, you’ll be able to move forward and make those changes happen! It’s really improved our timeline. It’s different – but it’s very smart.

What’s been your personal biggest accomplishment since working at FF?

Getting the third iteration of our engineering test vehicle up and running in time for winter testing was a huge accomplishment for our entire team. We were able to get all of the core systems integrated and working in a matter of months, making for a successful season of critical testing. The rapid development of this third variant test car truly showcased the planning, intellectual ability, and raw dedication that our team is putting into our vehicles. It was a clear indicator that the aggressive timeline that we’ve set for ourselves is working – and very much on schedule. It made me proud to be a part of FF.