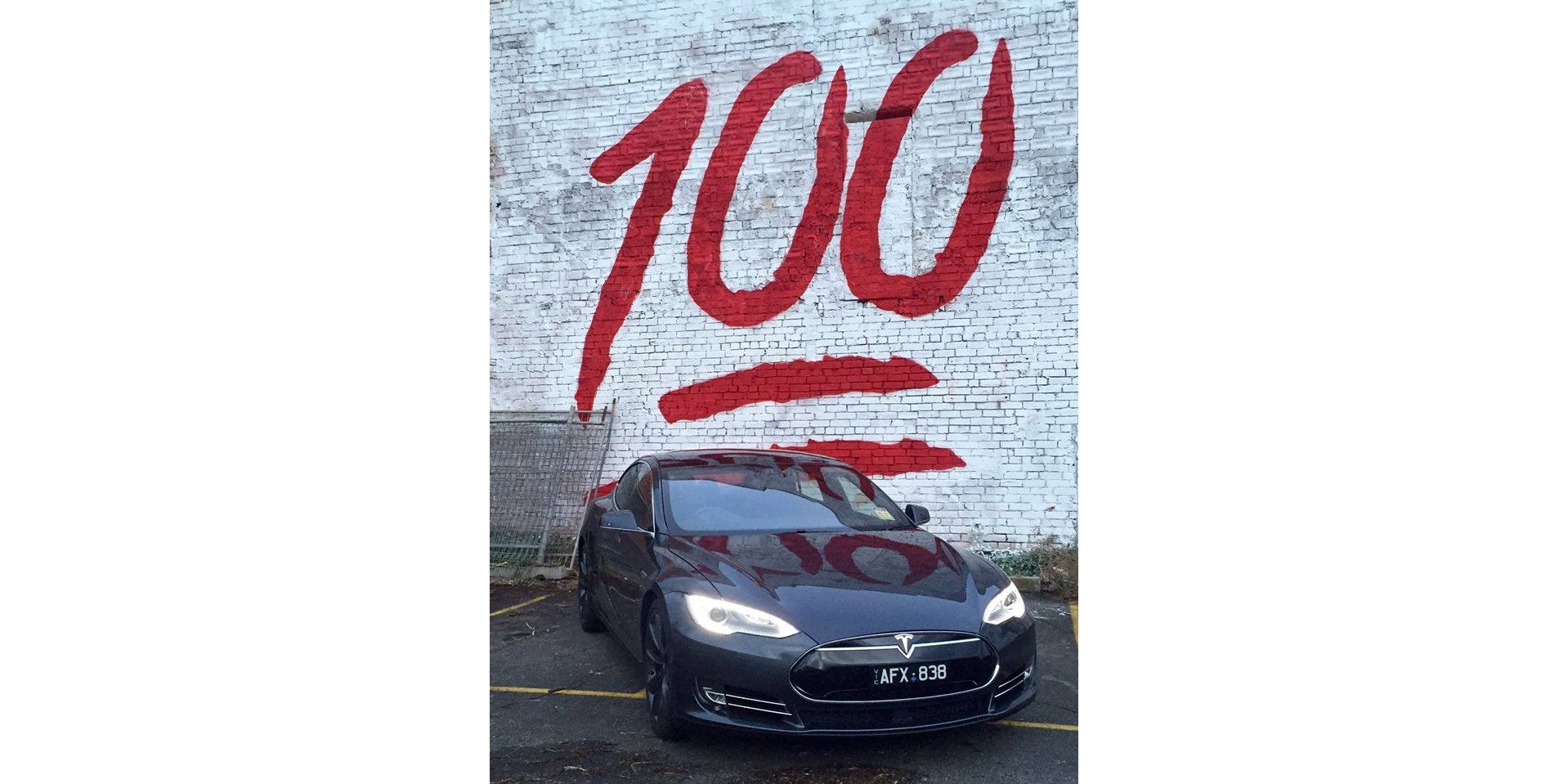 Tesla’s Facebook account now has the keeping it 100 emoji (💯).  While the emoji means “To Keep Or Stay Truthful Or Staying The Same” most folks are seeing it as a hint that Tesla is about to release its much anticipated 100kWh battery option.

We had heard some false reports that the battery was going to launch with the Model S update but if this is it it seems like it would have been delayed, possibly by certification or safety inspections or just plain old development/scarcity.

Two months ago, hacker Jason Hughes hinted that he found references to a 100kWh battery in the Tesla OS code. Since then, speculation has centered on when the battery would be released and the specs that it would introduce. Not only would the range be improved.

With that extra bit of battery and some other small tweaks, maybe Tesla can bump its top range to significantly over 300 miles from the current 288 EPA-rated of the 90D. If the math works, a 11% increase in battery should bump the 100D to around 320 miles of range.

The bigger battery could also introduce yet some more performance improvements. the 11% more power, If it can be delivered to the engines proportionally, might even drop the Ludicrously low 2.8 sec 0-60 time. 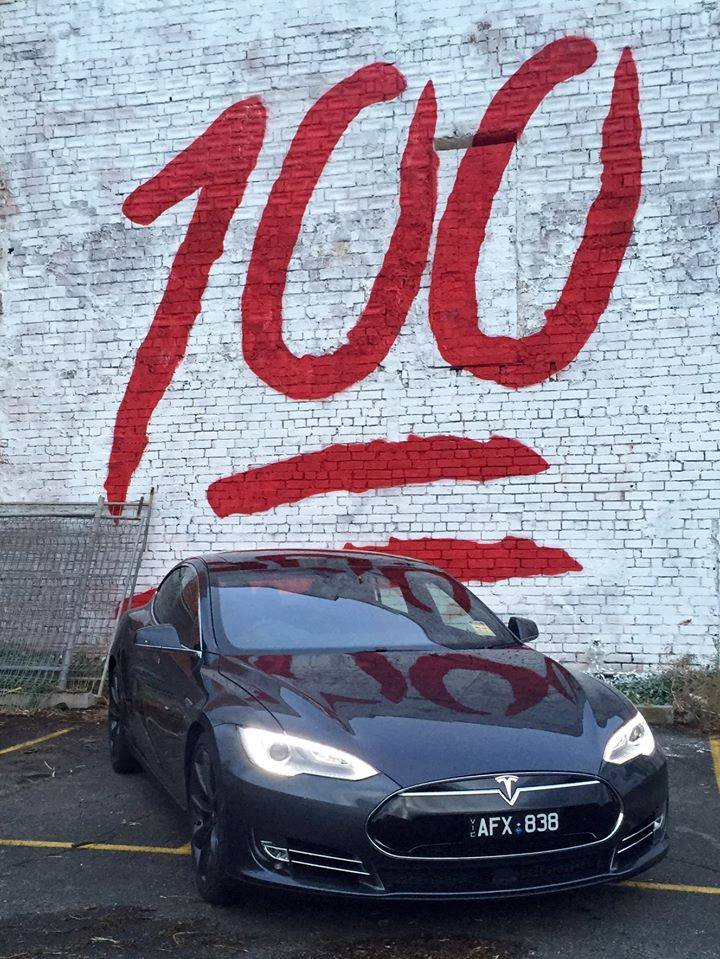