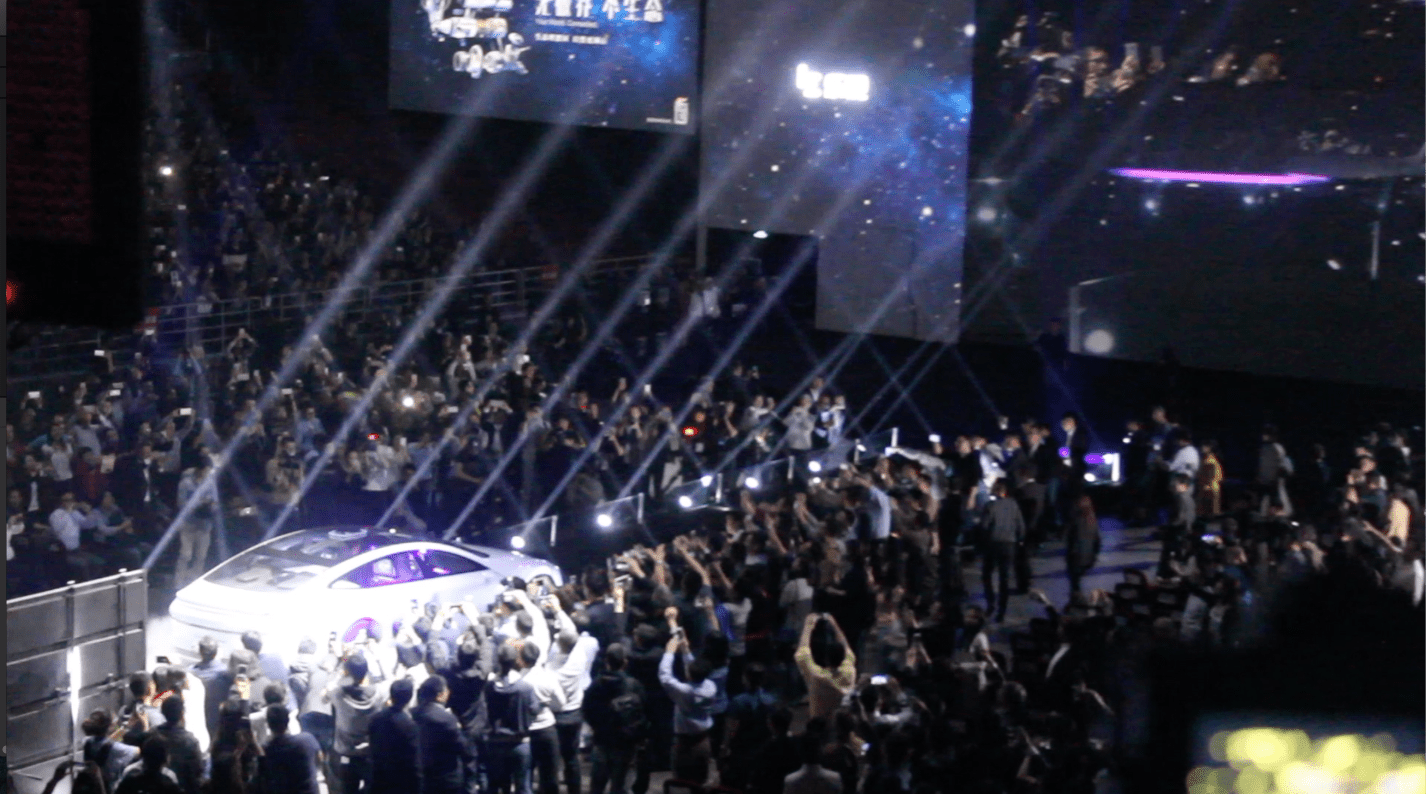 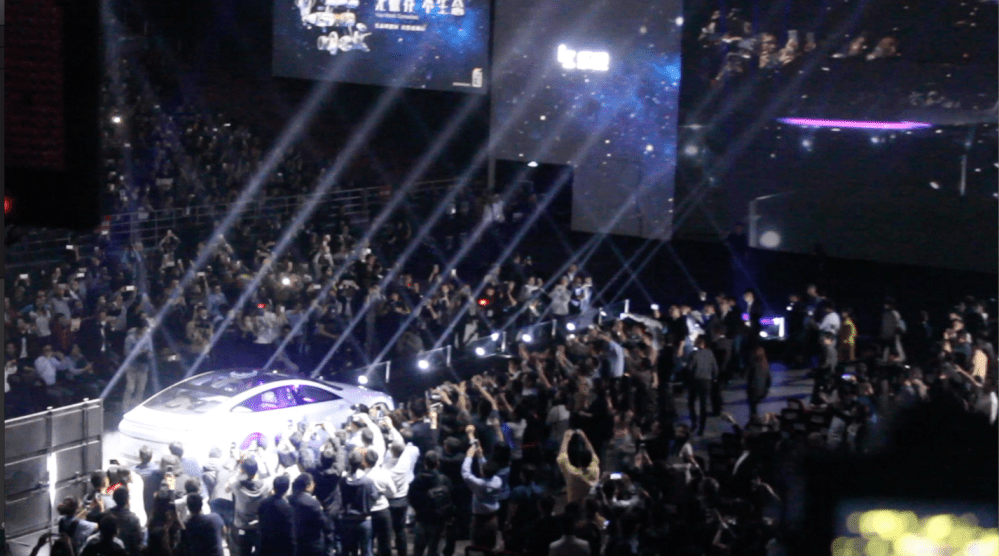 I knew going in that LeEco was planning to show off the latest in its EV efforts at the Beijing Auto Show next week, but the company didn’t tell us that we would be seeing the official unveil of the concept at the big event. Honestly, I wasn’t expecting it. All I knew was that I was being brought out for phones — and, indeed, the company did show off a few new phones.

In hindsight, it makes sense. We knew that LeEco was planning to make its grand Ev entrance sometime soon, so the event in Beijing — attended by more than 10,000 people — made perfect sense to get as many media eyeballs on the company’s first made-in-house all-electric concept car as possible. Dubbed LeSEE, the car is only one part of a “shared future mobility ecosystem,” according to the company, and features a theoretical top speed of 130 MPH, a smart screen front fascia, automated driving tech, a steering wheel that can be folded down, an “isolated area for each passenger,” and more. Be sure to check out our coverage for more details.

But the thing that I was most impressed with was how much the company actually had to show off. Unlike LeEco’s partner Faraday Future, which showed little more than a plastic shell at its way-overhyped CES event earlier this year, LeEco’s LeSEE had fully working doors, a seemingly functional steering wheel, and was actually able to “drive” – though only at 5 MPH. Maybe my expectations were too low, but especially considering how little Faraday had to show, I was overjoyed to see something that at least had some moving parts.

I can’t show you this video without admitting that the car’s announcement was very Tesla-esque. LeEco spent time talking about the car’s platform (which looks a lot like a Tesla copy), Faraday Future’s coming soon factory in Las Vegas, the entire LeEco ecosystem and how the car fits into this vision (including the content that will theoretically be available for passengers in the car), and the company even had the gall to compare LeSEE to the Tesla Model S and claim it better in various areas (even though it doesn’t exist yet).

But the announcement itself, with lots of fanfare, lights, and emotional music, was impressive. Even though there isn’t all too much tangibly ready for production yet, it made me excited for a potential future pollution-less Beijing (which the company made a point of as well). Check it out below. It’s in Chinese (obviously), but I added some annotations to explain what was being talked about.