A week before its official unveiling, Tesla filed its first application for a Model 3 related trademark and it is now under review. The automaker described the mark in its application:

The first new trademark is for “Automobiles and structural parts”, like the first one, but instead of simply consisting of the three horizontal stylized lines, it also includes the word “MODEL”.

The trademarks for apparels include both the three horizontal stylized lines alone and with the word “Model”. It could mean that Tesla will soon start selling some Model 3 apparels on its Tesla Gear website and in store. 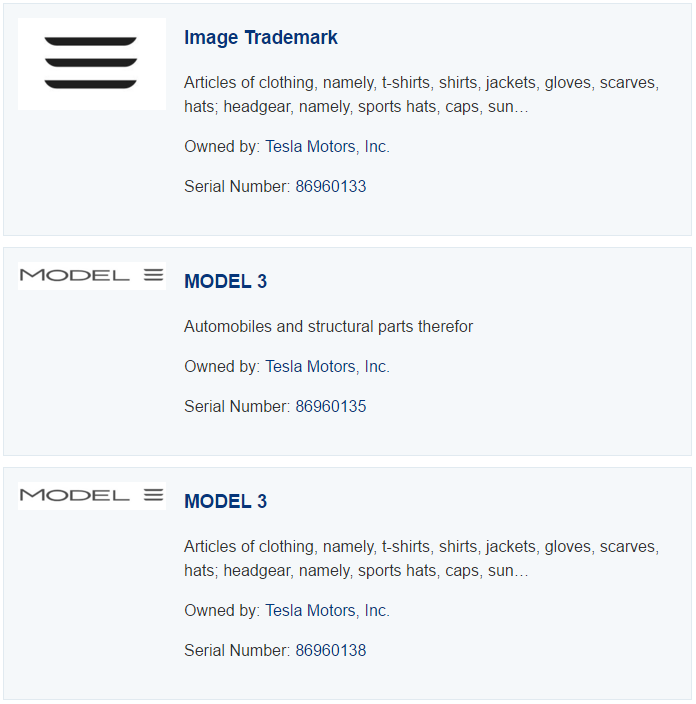 As we discussed last time the subject of a Model 3 trademark came up, the story behind the name is interesting. Since 2013, Tesla officials have been referring to the company’s upcoming third generation vehicle as the “Model E”, which would have joined the models S and X in Tesla’s lineup to make “S-E-X” with the Model Y to follow later.

Since then, Tesla has been referring to the upcoming third generation vehicle as the “Model 3”, but Tesla is clearly trying to keep “SEX” alive with this three horizontal lines workaround.