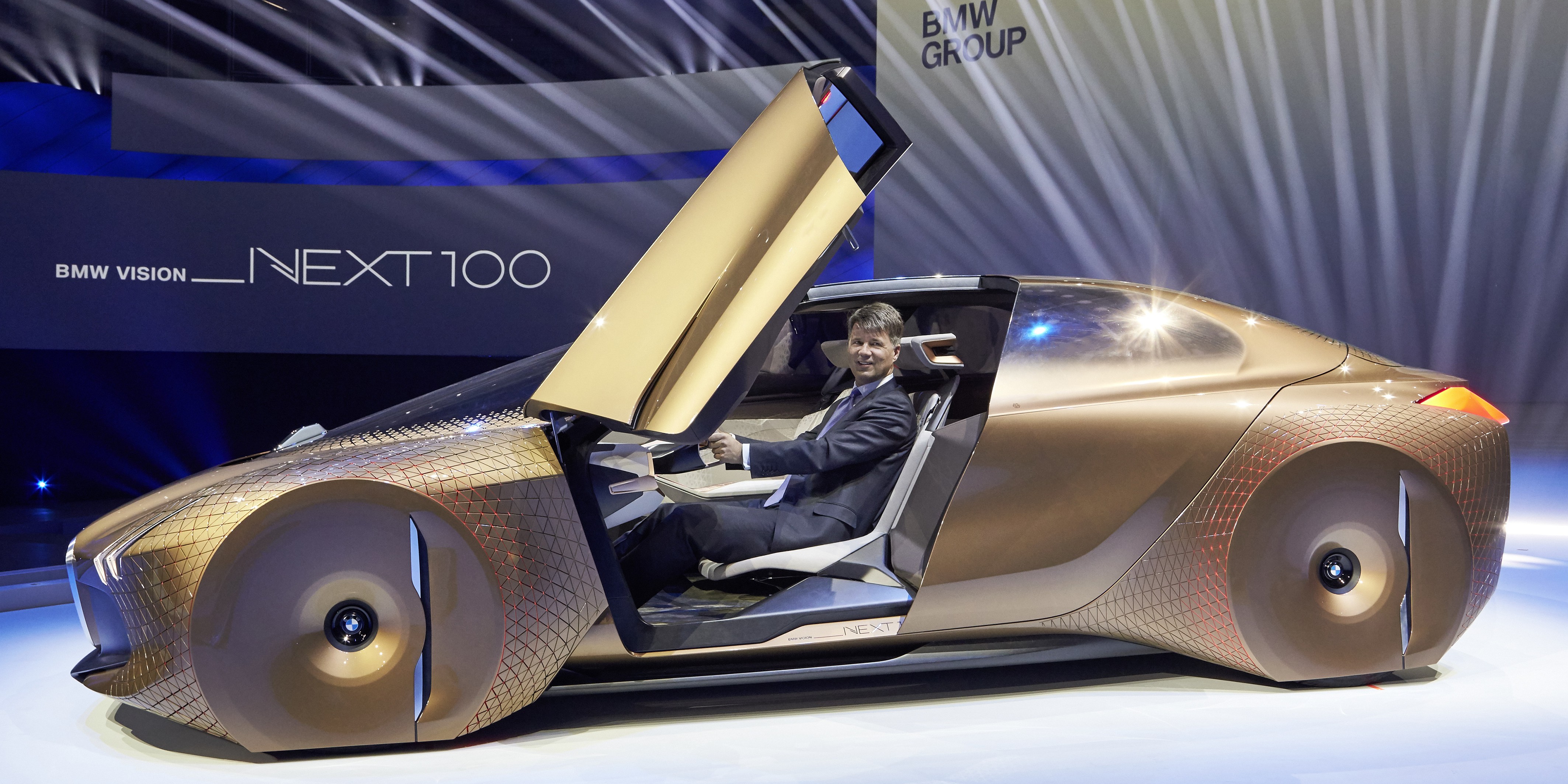 The concept is reminiscent of rival Mercedes’ own autonomous vision concept unveiled last year, which is just as futuristic looking although in the shape of a minivan…

Here’s the group’s vision in their own words:

“BMW Group has generated a futuristic scenario with a clear vision: premium mobility by the BMW Group will be completely effortless, comprehensively available and tailored to every customer’s individual preferences. At the moment, the world is on the verge of realising automated driving; in the not-too-distant future the majority of cars will probably be completely self-driving and travel the streets of cities inhabited by far more people than today.”

The concept is equipped with two new driving modes called ‘Boost’ and ‘Ease’. Boost gives the controls to the driver, but with heavy driver assist features to heighten the driving experience.

It features ‘Alive Geometry’, which shows the best and most secure trajectory or lines to the driver by integrating all the input from the self-driving sensor suite. It also includes a heads-up display (HUD) system.

Here’s a quick video demonstration of the feature:

In Ease mode, the car completely takes over controls and even moves the steering wheel out-of-the-way, while transforming the rest of the cabin into a lounge-like room.

The company didn’t release much more information about the concept itself, but it reiterated its commitment to electric and autonomous mobility in its speech to celebrate the group’s centenary.

After its world debut in Munich today, the company is bringing the concept on a World Tour entitled “Iconic Impulses.”, which will stop in China, the UK and the USA. While in London, the group will unveiled similar “Vision Vehicle” concepts for its British brands – MINI and Rolls-Royce.

Here’s a gallery of the concept: