Solar installer SolarCity announced this week a new package combining solar panels, battery storage, smart electric water heaters and the Nest Learning Thermostat in order to “prevent energy from being exported back to the grid”, says the company in a new press release.

The system, called ‘Smart Energy Home’, will first be offered in Hawaii, where the company had problems with the local electric utilities before.

In the past, SolarCity’s customers in Hawaii have reported difficulties connecting their PV systems to Hawaiian Electric Co.’s grid, which created tensions between the two companies.

Following these issues, when Tesla first announced its ‘Tesla Energy” line of energy storage products, SolarCity announced that it will use them to offer an option for home owners in Hawaii to go completely off-grid starting in 2016.

Although SolarCity doesn’t explicitly says that the new ‘Smart Energy’ system is “off-grid”, and it’s apparently not, the company clearly states that the goal of the new system is to reduce grid dependence by automatically modifying energy usage based on how much solar power is available.

It sounds like a step toward a completely off-grid system.

The company lists the components of the new package on its website: 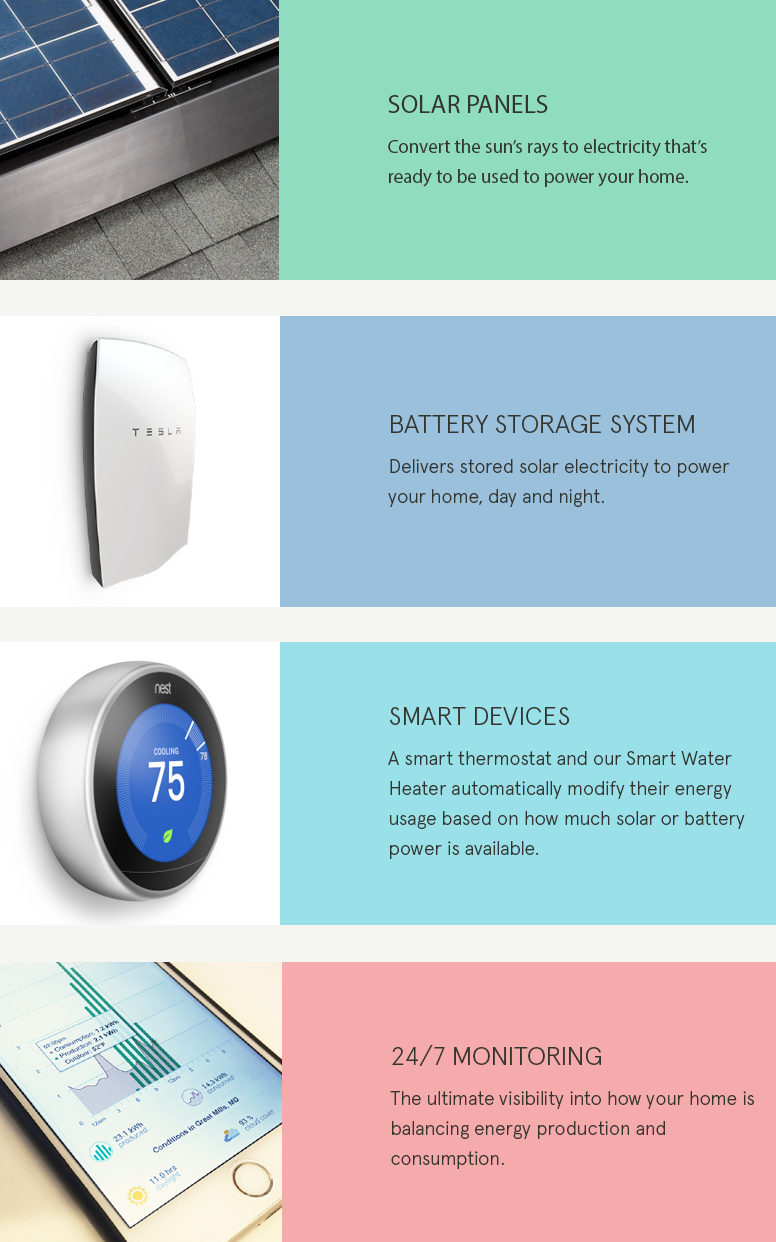 The whole system will work automatically and can be monitored through SolarCity’s app. The smart electric water heater will use the solar energy from the solar PV to heat water during the day and store it for later use in the home. While the Tesla Powerwall will store excess energy from the panels, which the Nest thermostat will be able to manage at night.

Customers can choose to install more than one Tesla Powerwall depending on the size of the residence. SolarCity says it already started taking pre-orders from residential customers in Hawaii for the ‘Smart Energy Home’.