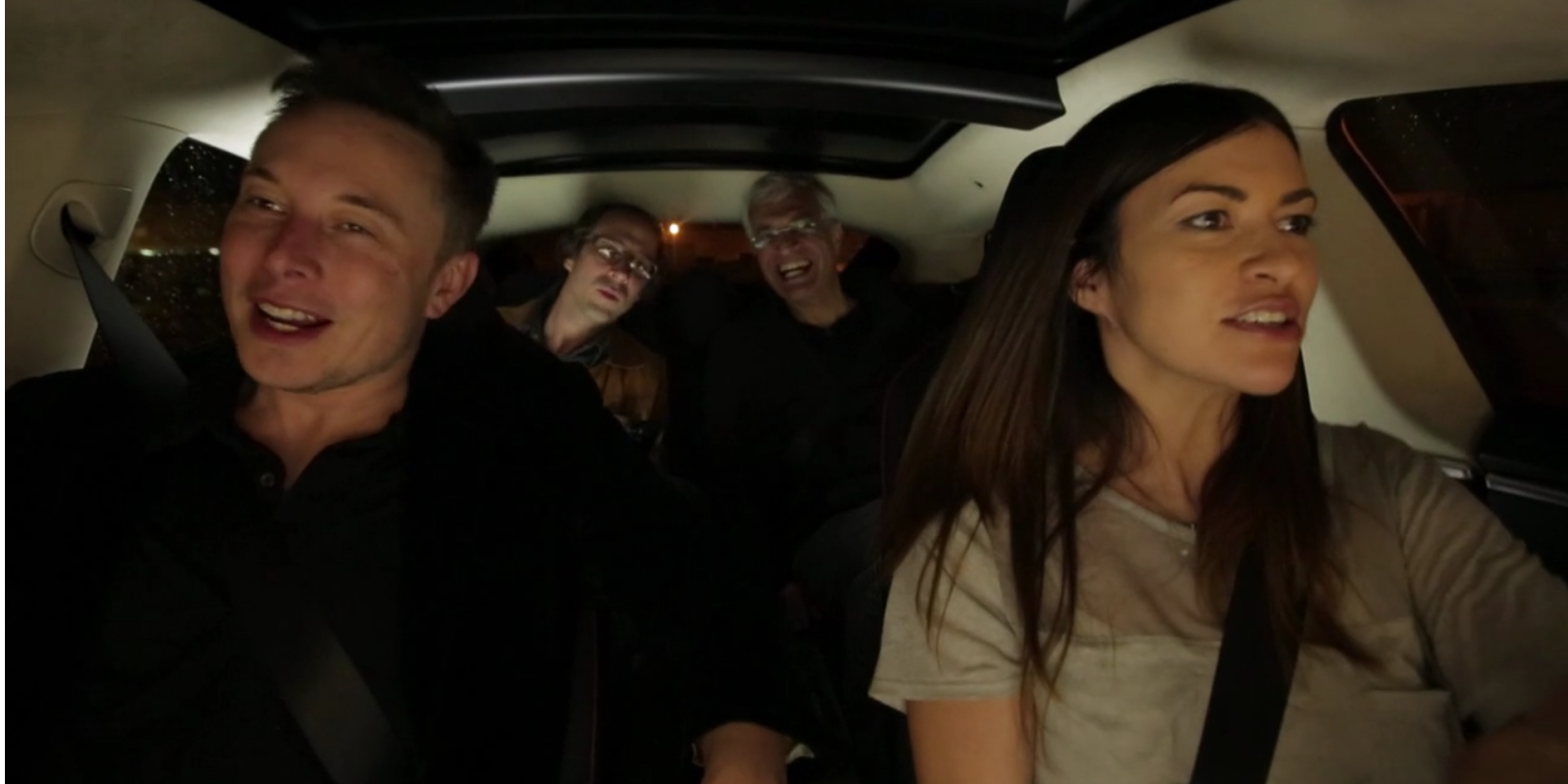 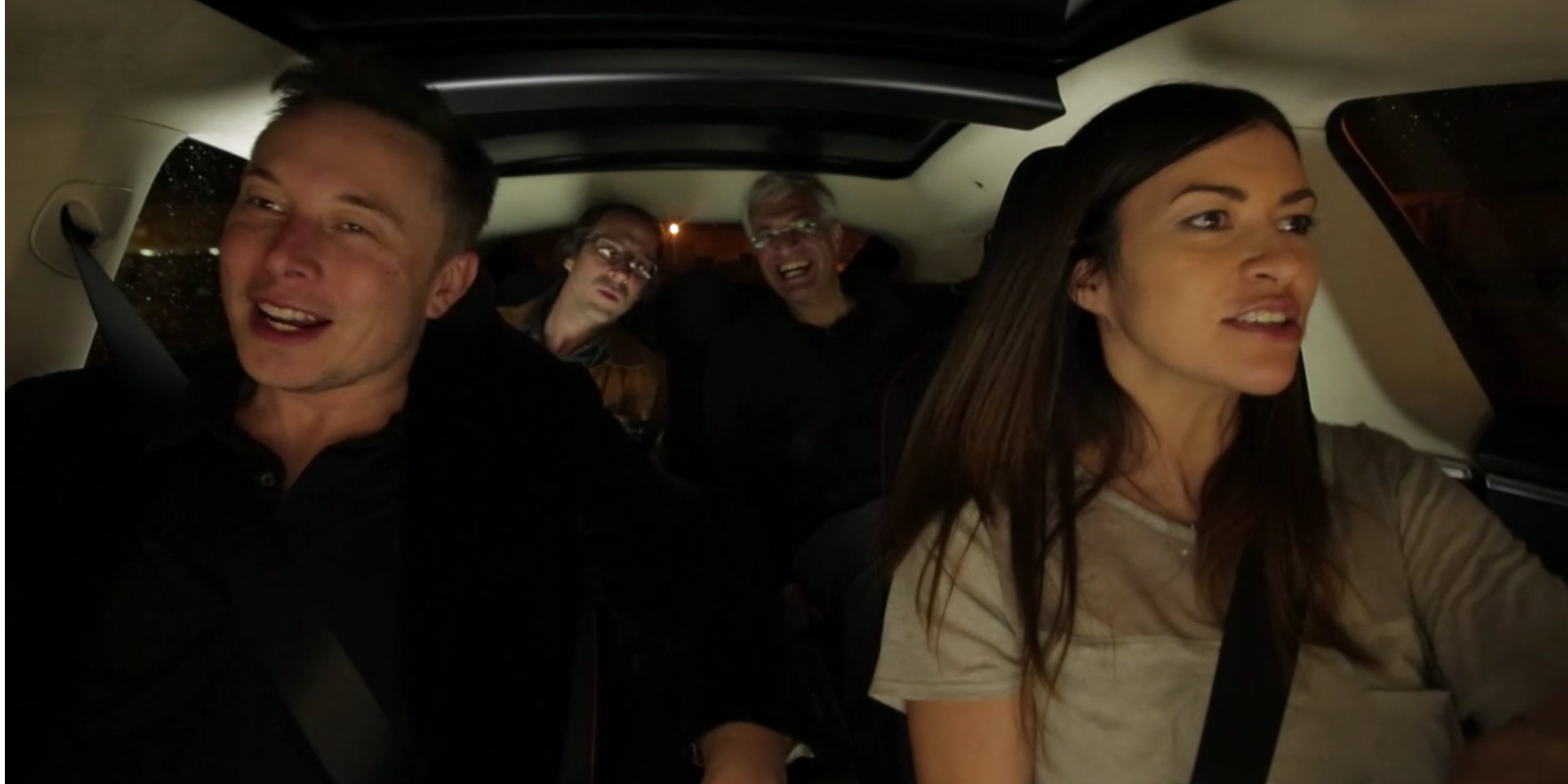 Nascar driver and environmentalist Leilani Münter and the Oceanic Preservation Society shared some extra footage from the documentary Racing Extinction by Oscar-winning director Louie Psihoyos which aired in December.

The documentary is absolutely worth a watch if you haven’t seen it yet, but a word of warning: it’s actually one of the scariest/most depressing movie I’ve seen in a while.

As the title suggests, the movie deals with the extinction of species, but more specifically about mankind’s role in a potential loss of at least half of the world’s species.

For the movie, the flim’s crew modified a Tesla Model S on which they mounted a 15,000-lumen video projector on a robotic arm, which deploys out of the back of the car. The Model S also received an impressive electroluminescent paint job from Dark Scientific. You can watch a video of the making of the car here.

Today, Münter released new footage from when they test drove the car with Tesla CEO Elon Musk and took a quick factory tour.