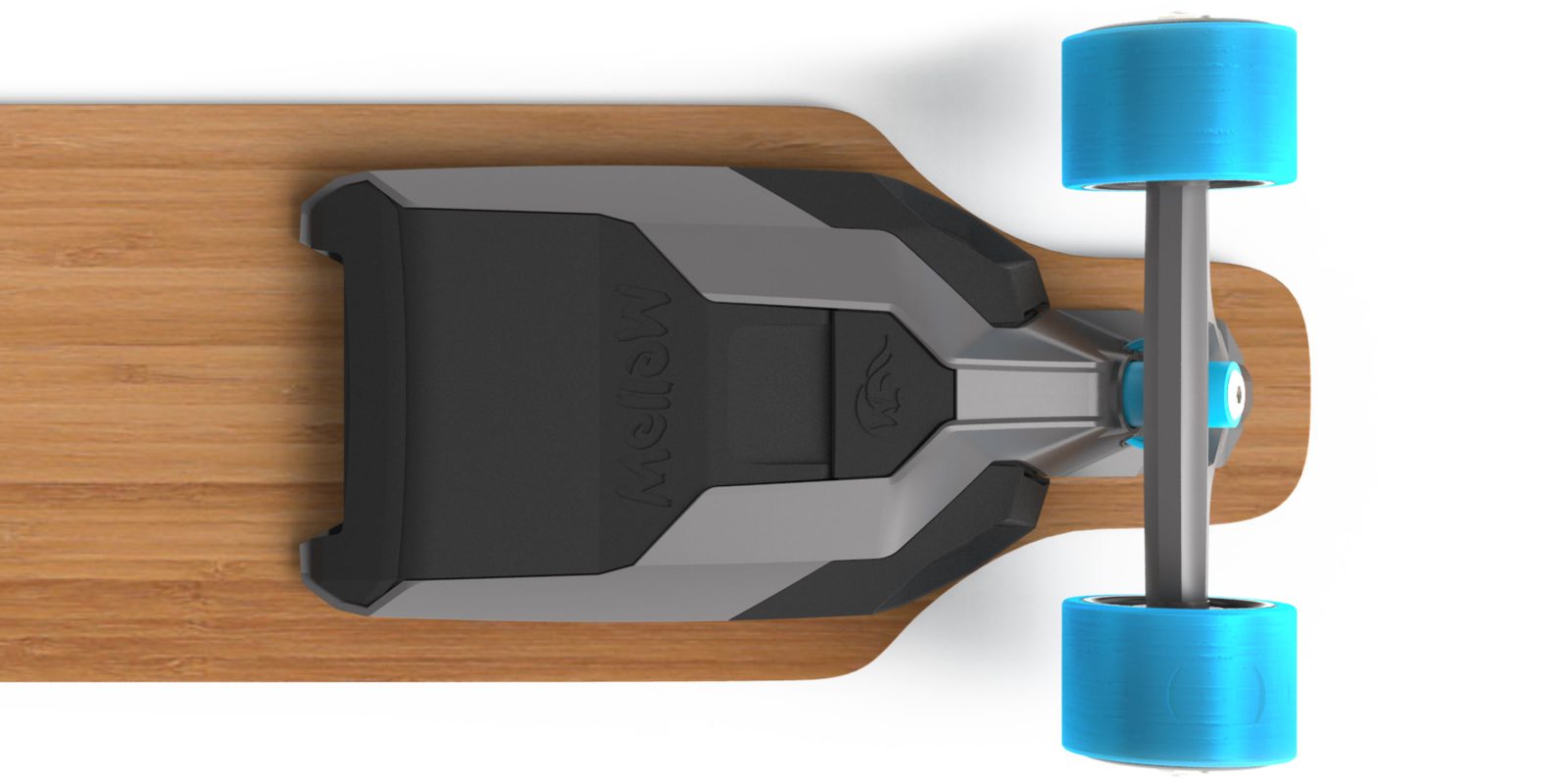 We’ve covered our fair share of electric bikes and transportation here at Electrek. Although interest is rapidly increasing here in the United States, the idea of going purely electric in any area of our lives still seems largely intimidating for some.

Thankfully, new projects are popping up each day that make that transition friendlier than ever before. The latest of which comes from Germany’s Mellow Boards. This customizable electric skateboard system can be added to an existing deck or purchased as a pre-assembled longboard. With its arguably affordable price point and modern design, Mellow Boards is set to take off.

Mellow Boards claims that its product is “the first mountable electric drive” to convert a traditional skateboard into an alternatively powered version. The drive system attaches to nearly any setup or is available in an already put together skateboard. An individual motor contains a high-efficiency drivetrain that has a peak output of 2,300W, which is good for speeds up to 25MPH.

The battery itself is supplied by the same company that Tesla uses to for its cells. Mellow Drive is capable of providing 10 miles of travel on a single charge. The Drive system weighs in at 1.6 pounds per set of wheels. It takes two hours to charge the system to full capacity, although a 45 minute quick charge will deliver enough juice to go for a bit.

A remote is included with each Mellow Drive, which controls the four riding modes: rookie, eco, pro and endless. Each mode offers a different style of riding:

It has LED and vibration alerts to help keep track of battery life, as well as haptic feedback so you don’t have to look at it while riding. Mellow uses a regenerative breaking system to help increase range when applicable. This is triggered automatically by the internal computer. Mellow has also developed an iOS and Android app to help manage travel time, ride modes, and other data.

There are currently two different ways to procure one of these electric skateboard systems. Mellow Drive is simply an add-on that attaches directly to your existing board, adding full functionality and control. It is available as one set of wheels ($1,200) or as the 4×4 edition with two sets ($2,300). For a slight up-charge, you can purchase the Mellow Board in either standard ($1,500) or 4×4 capacities ($2,500). Orders are set to ship next fall.