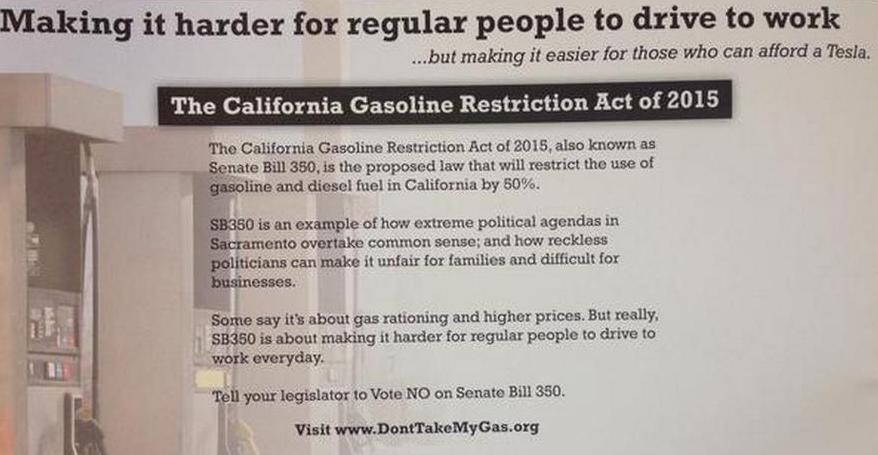 If you are in California and you recently spotted advertising in the form of pamphlets and billboards campaigning against California’s Clean Energy and Pollution Reduction Act, it’s because a group heavily financed by big oil companies is trying its best to convince people to stop the act, which they cleverly renamed “the California Gasoline Restriction Act”, from passing.

A few layers of advocacy groups and associations stand between the “Don’t Take My Gas” campaign and the money financing it, but we don’t have to dig to deep to trace it right back to our favorite oil companies such as Shell, Exxon and BP.

The campaign’s website redirects to the California Drivers Alliance, which is a program of the Western States Petroleum Association (WSPA). Here’s the list of WSPA members from their website: 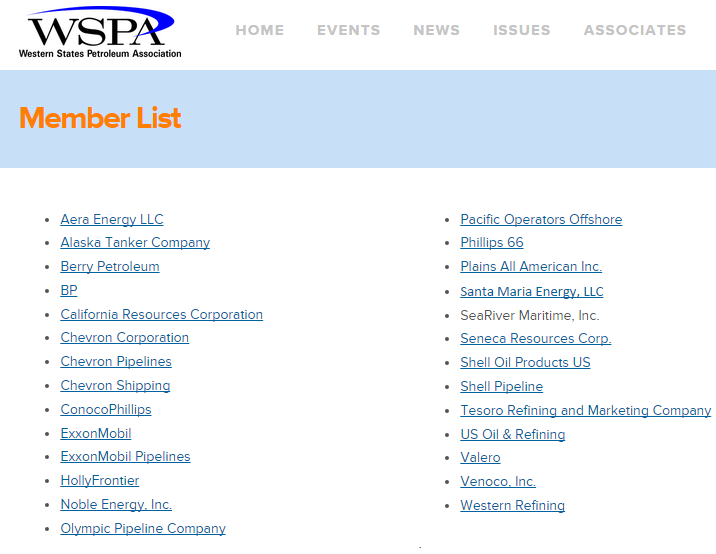 California’s Clean Energy and Pollution Reduction Act is pretty straight forward. It aims at reducing pollution by achieving a reduction in petroleum use in motor vehicles by 50% by 2030.

How do they plan on reducing petrol use in motor vehicles by 50%?

They plan on implementing much higher motor vehicle emission standards. The act would basically force automakers to radically innovate their combustion engine technologies, or invest heavily in alternative powertrain technologies like battery-powered cars.

Most people with a good understanding of the current situation we have with the environment in regards to the level of CO2 in the atmosphere would agree that these measures should have been put in place decades ago, but apparently, 2030 is too soon for the oil industry.

They are using dubious talking points to try to push their message. On one of the ads (picture above), they emphasize that the act would make it more difficult for people to get to work:

Some say it’s about gasoline rationing and higher prices, but really SB350 is about making it harder for regular people to drive to work everyday

SB350 would push the auto industry to make cleaner engines and electric vehicles more available to “regular people”, I somehow doubt it would make it any harder for anyone to drive to work.

California’s Clean Energy and Pollution Reduction Act will have a committee hearing tomorrow (August 27th). You can access the government’s website to get more details about the bill.